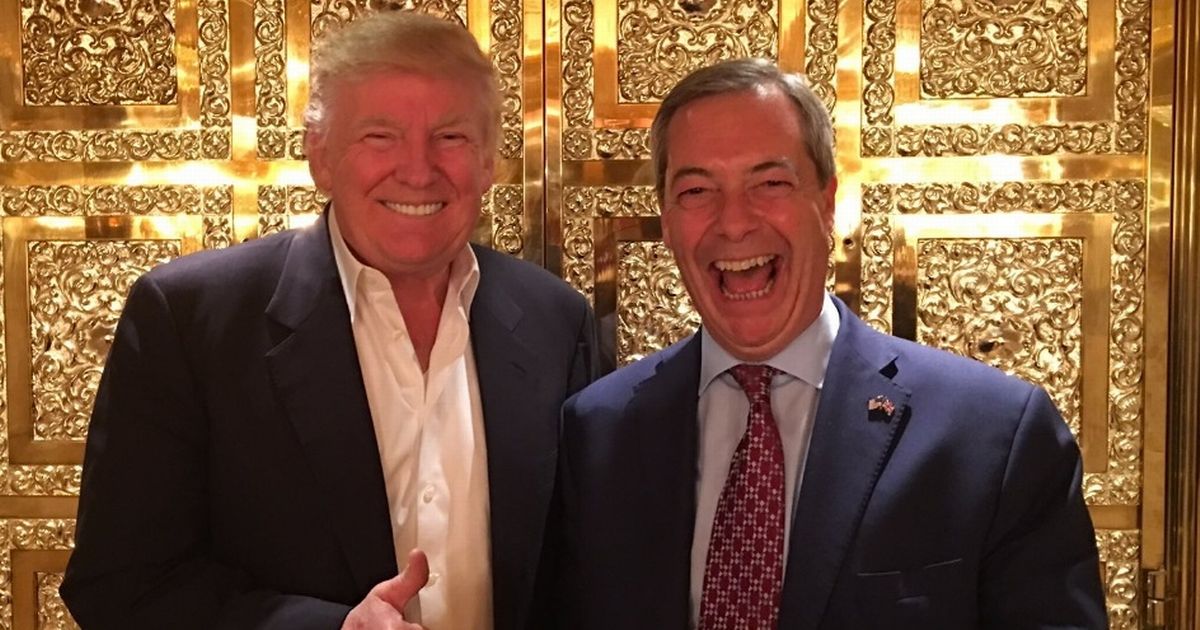 Last week, Donald Tusk, one of the most powerful men in the European Union, fired off a remarkable public letter. It listed the threats facing the EU, some of them predictable—Russia, China—and others downright unprecedented, the United States under Donald Trump (!), and, most incendiary of all, many of Tusk’s own citizens, whom he warned were in the throes of “national egoism.”

It’s an incredible statement from one of the world’s most powerful men in one of the world’s most powerful governing bodies. There are good and bad things to say about the wave of nationalism that’s crashed over the West, but to dismiss those who long to reclaim their countries’ identities as egoists is such elite myopia that it’s a wonder Tusk doesn’t walk into walls. Want to know why nationalists like Trump and Nigel Farage have caught on? This is it, right here.

The single greatest aspiration man has ever had is toward a peaceful world made up of free and open nation-states. We’ve never achieved this, of course—it remains an ideal—but we’re closer than we’ve ever been, and there are several reasons why.

Some of those reasons are internationalist in nature: trade, which makes economies inexpensive and secures the peace by turning nations into each others’ trading partners; alliances, which help deter threats; diplomacy, which keeps us talking rather than fighting.

Other reasons for our relative global order are nationalist: borders, which ensure that governance is kept relatively local and prevents demographics from changing so quickly as to engender a backlash; nationhood, which gives man a sense of identity; democracy, allowing voters to choose their own leaders; constitutions, steadying our passions.

Global elites like Tusk are great on those internationalist aspects, working to dismantle trade barriers, claiming great fidelity to alliances like NATO, negotiating in foreign capitals. But their picture of a free and peaceful world is incomplete. In particular, they long ago disregarded the idea of borders—in Europe, the Schengen Agreement allows for almost total freedom of movement between countries, and in America illegal immigration was viewed until recently as a back-burner problem. They also, perhaps more consequentially, have disregarded the importance of national identity, diluting it into something more putatively cosmopolitan, “global citizenship.”

Too often, elites like Tusk regard nationalism as a dark redux of Europe’s most pernicious enemies, Hitler and Mussolini and Franco. This is a shallow understanding. Nationalism is a bit like religion, in that there are bad variations and good variations, but it will forever be with us as a consequence of human nature. “We are the world” is a crock. We are a deeply variegated species who look, think, and speak differently, and want our own anthems to sing, our own flags to salute, our own histories to study, our own peculiarities reflected in our own institutions.

That’s why, even here in gentrified Washington, come soccer season the bars fill up with star-spangled bandanas and thunder with jingoistic chants. It’s why the EU’s cerulean flag fails to swell anyone’s chest. A German is still a German, a Spaniard is still a Spaniard, and both of them tend to like it that way, thank you very much.

The problem is that our elites have skidded too far down the internationalist slope, embracing limitless globalism at the expense of necessary nationalism. The European Union, a sovereignty-gobbling superstate, is an example of this, as is the Iraq war, an international charity project that never redounded to America’s benefit. So the backlash is now here: Donald Trump, Brexit, a newfound nationalism ascendant across the West.

RELATED: America needs a little nationalism—but make it the right kind of nationalism

The nationalists may in due course do some good, but like global elites, they also fail to check all the boxes on our free-nation list. In their case, it’s because they reject its internationalist items, threatening indispensable alliances like NATO and voicing support for protectionist trade measures that could inflame international tensions. Everyone prefers the menu a la carte. That meticulous mixture of internationalism and nationalism necessary to preserve peace and freedom eludes both sides.

Elsewhere in his letter, Donald Tusk encouraged his fellow Europeans to renew their “declaration of faith” in “political integration”—meaning more EU bureaucracy, more open borders, more of the stuff that his citizens are rejecting. That use of the word “faith” is telling: for many elites, internationalism has become the stuff of dogma, unchallengeable even in the midst of crisis. We are presently trapped between two ideologies, neither of which seems likely to do us much good.