If Democrats are worried about Trump abusing his power, why are they giving him more of it? 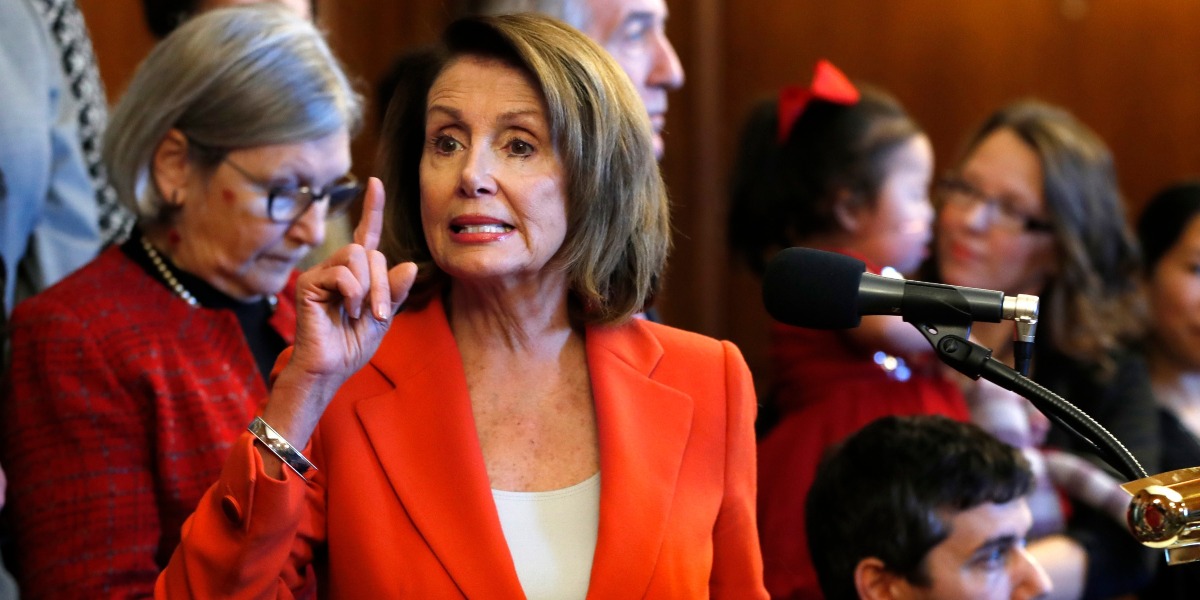 On Thursday, the controversial FISA Section 702 reauthorization passed the House. This bill allows for mass unwarranted surveillance of Americans, something even President Trump acknowledged for a brief moment the morning of the vote. Trump has long wondered if the Obama administration had used its snooping powers to spy on his campaign.

The House resistance to Thursday’s reauthorization—rightly believing that neither Obama or Trump or any other government agency should have this power—consisted of some of the most conservative Republicans and progressive Democrats. Led by Reps. Justin Amash (R-Mich.) and Zoe Lofgren (D-CA), 183 Republicans and Democrats voted in favor of enforcing the Fourth Amendment to the Constitution, which explicitly prohibits unwarranted mass surveillance.

Thank you to the 183 Republicans and Democrats who voted yes on the Amash-Lofgren #USARIGHTS Amendment. We fell short today, but a large, growing coalition is standing up for the American people. We’ll never stop defending the #4thAmendment, our #Constitution, and all our rights.

Then there were 233 other Republicans and Democrats who voted to void Americans’ constitutional privacy rights and expand the Trump administration’s power.

For most of the Republicans who passed this monstrosity, it’s not hard to deduce why they would support bigger government on this front. Not only does the Republican president want this power, but so many of these members are, brand-wise, something closer to Dick Cheney than Ron Paul. They’ve never had a problem with authoritarianism. Some relish it. The diehard hawks’ ideological leader in the U.S. Senate, neoconservative Tom Cotton, even wants to make these surveillance powers permanent.

Then there are the Democrats.

Why did Nancy Pelosi and so many of her Democratic friends willingly give more power to a president they routinely worry about having too much power?

Democrats have been all over the airwaves recently accusing Donald Trump of abusing the Justice Department to go after his political enemies —most notably his former opponent Hillary Clinton and the Clinton Foundation, which the Department of Justice is reportedly currently investigating based on allegation made during the 2016 presidential campaign. So you’d think they would oppose handing Donald Trump any more power with which he could potentially use against all sorts of Americans who attract negative attention from his administration.

Yet, with the help of some Democrats, the House of Representatives voted today — and the Senate will do so sometime in the next week — to extend a controversial NSA surveillance power that potentially affects millions of Americans’ privacy rights.

“Paul Ryan and House Republicans needed Democratic votes to ensure that the measure passed…” Timm writes. “Yet up until just hours before the vote, the most powerful member of the Democratic Caucus, House Democratic Leader Nancy Pelosi, was notably silent on the bill.”

“If Pelosi had whipped Democrats to vote against the bill and supported the USA RIGHTS Act instead, there’s a good chance that Trump and Ryan would have failed to get their full extension,” Timm notes. “Yet, just before the floor vote today she said she would not support the USA Rights Act and shamefully voted to hand Trump exactly what he wanted.”

Again, why would Pelosi give the president this power? Coalition to Reduce Spending Founder Jonathan Bydlak makes a good point (disclosure: Bydlak is a personal friend):

From now on, when referring to the continued existence of warrantless surveillance of American citizens, it makes sense to call it the @NancyPelosi -fication of our nation’s intelligence gathering. #FISA702 https://t.co/ne3WPj4dcD

Now, FISA will move on to the Senate, where Democrat Ron Wyden and Republican Rand Paul have vowed to filibuster it:

If this #Section702 bill comes to the Senate, I will filibuster it.

No doubt, the overwhelming majority of Republicans will vote for this legislation. Which brings us again to the Democrats, as Timothy B. Lee writes at ARS Technica:

The bill that passed the House enjoys support from Republican leaders in the Senate and is likely to get support from most Republican senators. But a few Republicans—including Paul and Sen. Mike Lee (R-UT)—have expressed skepticism of unfettered NSA surveillance. And Wyden and Paul’s filibuster threats means that it will take 60 votes to pass the legislation.

As such, the bill will need support from as many as a dozen Democrats to pass the Senate.

“When the Senate last renewed Section 702 in 2012, it passed by a 73-23 vote, with 19 Democrats, 3 Republicans, and independent Bernie Sanders voting no,” Lee reminds. “But a lot has changed in the last five years. Barack Obama has been replaced by Donald Trump, potentially making Democrats more wary of handing broad surveillance powers to the executive branch.”

Democratic leadership wasn’t wary of handing those broad powers to Trump in the House on Thursday, and none of us should be surprised to see Chuck Schumer and his Democrats do the same in the Senate.

And then afterward, laughably—hypocritically—continue to complain about President Trump having too much power.