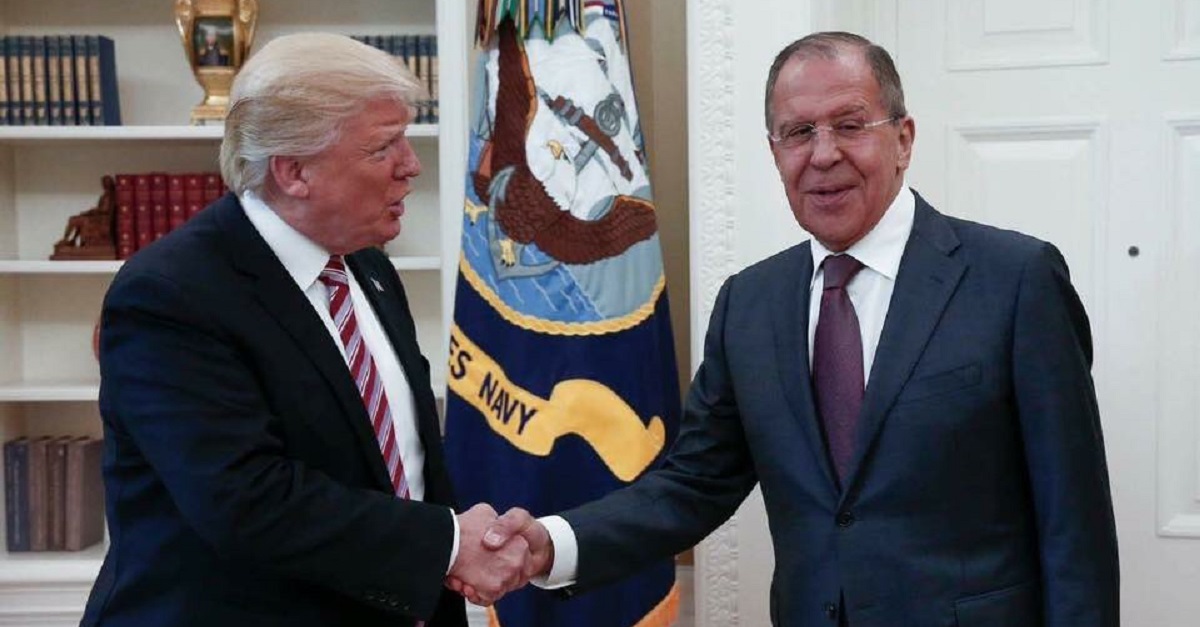 Donald Trump met with Russian Foreign Minister Sergey Lavrov and Russian Ambassador Sergey Kislyak on Wednesday. It was the morning after James Comey’s abrupt firing, a move that will (perhaps ironically) re-energize the investigation into the Trump campaign’s alleged collusion with Russia.

Both Sergeys are related to the investigation. Kislyak is a rumored intelligence asset for his employer, and he met with sacked national security advisor Michael Flynn at least once (a fact that Flynn didn’t initially disclose).

So Trump met with the Sergeys, diplomats as they are. But he did so in the White House. More specifically, he did so in the Oval Office and closed it off to all press ? with the exception of one camera crew attached to Russian state media outlet TASS.

RELATED: Jake Tapper beat his critics to the punch when he began to tweet out ?sensitive information? about himself

In intelligence circles, of course, penetrating a space like the White House’s Oval Office ? with two Sergeys and recording equipment, no less ? is a glass-shattering dunk of an operation.

It’s worth posting about on social media, to say the least. So the Foreign Ministry did:

Those photos embarrassed and infuriated White House officials, who say they didn’t know the images would go public.

CNN says an official they interviewed allegedly told them: “They tricked us! That’s the problem with Russians. They lie.” The source was only hedged with “allegedly” because the quote is so remarkable that it’s almost unbelievable.

Later in “Spy Hard 2.5: The Bear Who Loved Me,” Leslie Nielsen would undoubtedly discover, in a montage set to music, a slew of listening devices in the Oval Office, perhaps in some of the same places Nicolas Cage searched in “National Treasure: Book of Secrets.” There might be microphones in a shoe, a telephone or a conspicuous vase on the mantel that no one could remember ordering or moving in.

That’d all be very funny, but this incident isn’t.

Some in the intelligence community have been skeptical of Trump from the start. Almost four months into his presidency, they have more cause for concern than ever.

As a candidate for president, Trump began receiving intelligence briefings almost a full year ago. Continuing to carry out day-to-day affairs as he did yesterday shows that Trump, even all these months later, either doesn’t know or doesn’t care how improper his actions are. Either way, his actions carry enormous consequences.

He didn’t even notify the NSA, folks:

WH did not consult with NSA before letting Russian state media org TASS into Oval Office, per NSA Director Rogers

I don’t know whether this incident?and Trump’s potential use of an unsecured phone and photocopying and viewing classified documents and using the flashlights on aides’ phones to illuminate classified documents in public view at Mar-a-Lago?is entrenched ignorance, deliberate malpractice or both.

It’s not a question of how many Sergeys made it into the Oval Office at once (or are listening to it now); it’s the broader issue of a president who will do things his way, no matter the risk or the cost to all of us.

How much are you willing to accept?