Talk is cheap: Who walks the walk on spending? 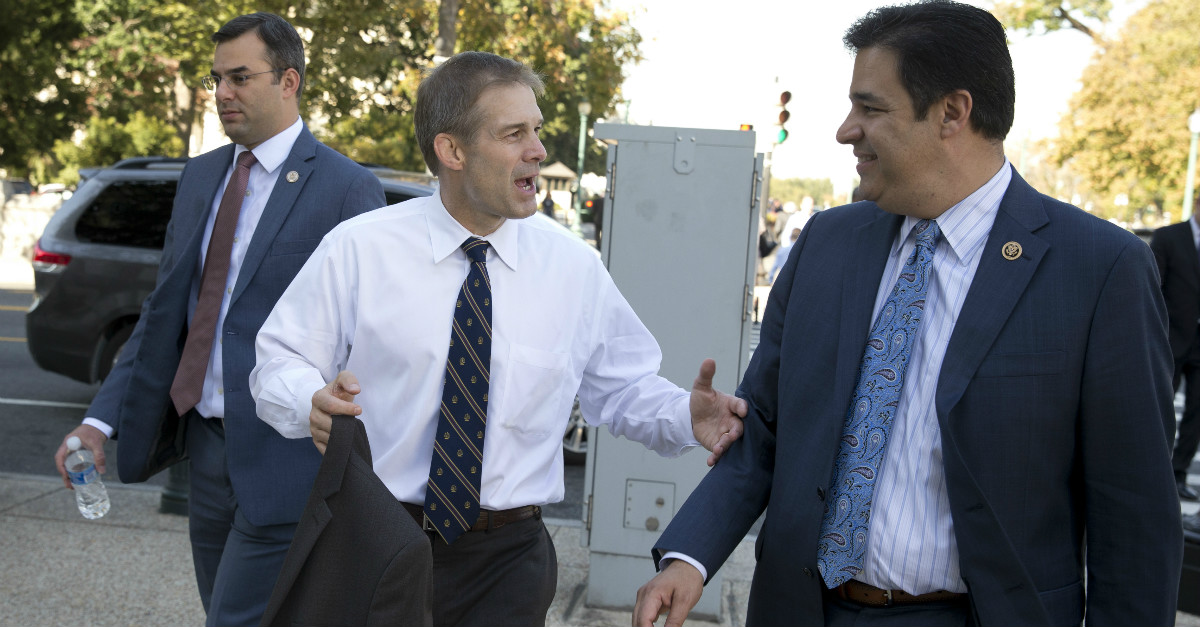 Fiscal conservatives live in strange times. We have a Republican President who regularly pledges to protect enormous budgetary sacred cows, and wants a trillion or so in infrastructure spending on top. But while the first part of the Trump presidency has seen spending issues all but disappear, budget debates are back with a vengeance just days to go before a possible government shutdown.

Republicans are divided on everything from healthcare to tax policy to the infamous wall. But while the often-chaotic big tent produces headaches for leadership, party division may actually be better than the alternative.

New data from SpendingTracker.org offers a note of caution for Republicans tempted to be angry at their renegade fiscal wing.

RELATED: Without the House Freedom Caucus, Trump?s Republican Party would be worthless

When looking at what every member of Congress has voted to spend, one of the clearest takeaways is how united the Democratic Party is on fiscal issues. Despite an unexpectedly turbulent Democratic presidential primary and DNC chair selection last year, there is very little variety among Democrats on budget issues ? especially in comparison to bitter GOP fights that characterized much of the last Congress and continue into this one.

To be clear, politicians in both parties tend to vote for higher spending. For instance, of the roughly $2 trillion in new spending that President Obama signed into law over the last two years, the median House Democrat voted for $1.86 trillion and the median Republican for $1.95.

Republicans, though, have somehow maintained a diversity no longer seen in Democratic ranks. In the 114th Congress, the lowest and highest-spending members were Republicans. That?s partially thanks to the ?unruly? caucus in the Republican Party that pulls it in the other direction.

For the Democrats, the idea of a fiscally conservative wing is increasingly one of the past. While the biggest Republican fiscal hawk in the House, Rep. Justin Amash, voted for just over $8 billion in the last Congress, his Democratic counterpart, Illinois? Jan Schakowsky, voted to spend almost $450 billion. The Senate shows similar division ? although Democratic-leaning Independent Bernie Sanders? many missed votes and tendency to reject NDAA bills counterintuitively earns him the top saver title.

Looking at all spending votes (not just votes for legislation that passed) shows more predictable party-line division in both houses of Congress. Now, a vast majority of the lowest-spending members are Republicans, and the gap between the most frugal Republican and the most frugal Democrat widens to more than $1 trillion.

Much of this change is due to the 2015 Price bill to repeal Obamacare, but the gap between Republicans and Democrats grows even when excluding that vote.

These observations can be viewed with varying levels of cynicism. Do these totals represent what Republicans would vote for if they had united government? Or what they?re comfortable supporting with little chance of it ever becoming reality? The coming session should shed a little light on what take is more accurate.

But one theme is apparent regardless. While some Democrats still vote for less spending, the gap between the parties is wide and growing, as the fiscal hawks increasingly become a vilified minority of just one party.

Ultimately, much bigger changes will need to happen before meaningful spending restraint can be achieved. It?s been 22 years since Congress managed to complete the budget process on time, and when most spending happens in the form of massive, last-minute packages that members see just before a looming government shutdown, it?s hard to imagine anyone but the strictest Freedom Caucus hardliners taking responsible votes on a regular basis.

Over time, partisanship in general has increased dramatically. Research shows that party-line votes have become the overwhelming norm and are increasing at about 5 percent every year. It?s uncommon for any member of Congress to vote against his or her party.

But on budgetary votes, a small group of Republicans still is willing to defy that norm ? and fiscal conservatives should be glad. Without a wing of the party pushing for responsibility, the cause risks being diminished indefinitely. Republican leaders should appreciate that their party still has a budgetary conscience ? even if it causes some ?growing pains? along the way.

Regardless of how one identifies in partisan politics, there?s no question that mainstream politics and fiscal conservatism grow farther apart by the day. Small government advocates would be well-served to take a hard look at the experiences of the Democratic Party and realize the importance of having at least one major party that keeps its fiscal conservative wing alive.

About the author: Jonathan Bydlak
Jonathan Bydlak is the founder and president of the non-partisan Coalition to Reduce Spending, dedicated to limiting federal spending, which has created SpendingTracker.org. Follow him on Twitter @jbydlak
View More Articles