The end of net neutrality will help create real competition 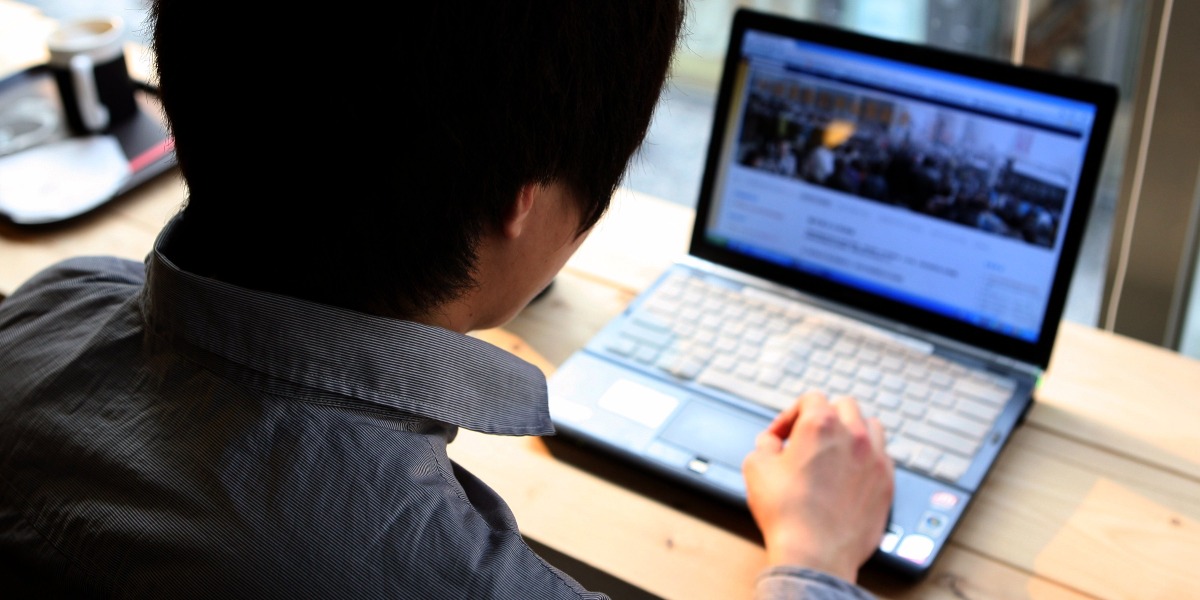 AP Photo/Gillian Wong
In this photo taken Sunday, April 3, 2011, a Chinese man who goes by the Internet alias "Forest Intelligence" looks at the "Jasmine Movement" website at a cafe in Seoul, South Korea. "Forest Intelligence" is a member of one group spreading anonymous calls online for pro-democracy protests in China that have prompted the Chinese government to launch a sweeping campaign of repression to keep the "Jasmine Revolution" from reaching the country. (AP Photo/Gillian Wong)

At long last, with the end of ?net neutrality,? competition could soon come to the industry that delivers Internet services to you. You might be able to pick among a range of packages, some minimalist and some maximalist, depending on how you use the service. Or you could choose a package that charges based only on what you consume, rather than sharing fees with everyone else.

With market-based pricing finally permitted, we could see new entrants to the industry because it might make economic sense for the first time to innovate. The growing competition will lead, over the long run, to innovation and falling prices. Consumers will find themselves in the driver?s seat rather than crawling and begging for service and paying whatever the provider demands.

Ajit Pai, chairman of the FCC, is exactly right. ?Under my proposal, the federal government will stop micromanaging the internet. Instead, the FCC would simply require internet service providers to be transparent about their practices so that consumers can buy the service plan that?s best for them.?

RARE POV: The hysteria over the planned repeal of net neutrality is completely unwarranted

A Fed for Communication

The old rules pushed by the Obama administration had locked down the industry with regulation that only helped incumbent service providers and major content delivery services. They called it a triumph of ?free expression and democratic principles.? It was anything but. It was actually a power grab. It created an Internet communication cartel not unlike the way the banking system works under the Federal Reserve.

Net Neutrality had the backing of all the top names in content delivery, from Google to Yahoo to Netflix to Amazon. It?s had the quiet support of the leading Internet service providers Comcast and Verizon. The opposition, in contrast, had been represented by small players in the industry, hardware providers like Cisco, free-market think tanks and disinterested professors, and a small group of writers and pundits who know something about freedom and free-market economics.

The public at large should have been rising up in opposition, but people were largely ignorant of what was going on with net neutrality. Consumers imagined that they would get censorship-free access and low prices. That?s not what happened.

Here?s what?s was really going on with net neutrality. The incumbent rulers of the world?s most exciting technology decided to lock down the prevailing market conditions to protect themselves against rising upstarts in a fast-changing market. The imposition of a rule against throttling content or using the market price system to allocate bandwidth resources protects against innovations that would disrupt the status quo.

What was sold as economic fairness and a wonderful favor to consumers was actually a sop to industrial giants who were seeking untrammeled access to your wallet and an end to competitive threats to market power.

Let?s grasp the position of the large content providers. Here we see the obvious special interests at work. Netflix, Amazon, and the rest don?t want ISPs to charge either them or their consumers for their high-bandwidth content. They would rather the ISPs themselves absorb the higher costs of such provision. It?s very clear how getting the government to make price discrimination illegal is in their interest. It means no threats to their business model.

By analogy, let?s imagine that a retailer furniture company were in a position to offload all their shipping costs to the trucking industry. By government decree, the truckers were not permitted to charge any more or less whether they were shipping one chair or a whole houseful of furniture. Would the furniture sellers favor such a deal? Absolutely. They could call this ?furniture neutrality? and fob it off on the public as preventing control of furniture by the shipping industry.

But that leaves the question about why the opposition from the ISPs themselves (the truckers by analogy) would either be silent or quietly in favor of such a rule change. Here is where matters get complicated. After many years of experimentation in the provision of Internet services ? times when we went from telephone dial-up to landlines to T1 connections to 4G and 5G data coverage ? the winner in the market (for now) has been the cable companies. Consumers prefer the speed and bandwidth over all existing options.

But what about the future? What kind of services are going to replace the cable services, which are by-and-large monopolies due to special privileges from states and localities? It?s hard to know for sure but there are some impressive ideas out there. Costs are falling for all kinds of wireless and even distributed systems.

If you are a dominant player in the market ? an incumbent firm like Comcast and Verizon ? you really face two threats to your business model. You have to keep your existing consumer base onboard and you have to protect against upstarts seeking to poach consumers from you.

For established firms, a rule like net neutrality can raise the costs of doing business, but there is a wonderful upside to this: your future potential competitors face the same costs. You are in a much better position to absorb higher costs than those barking at your heels. This means that you can slow down development, cool it on your investments in fiber optics, and generally rest on your laurels more.

But how can you sell such a nefarious plan? You get in good with the regulators. You support the idea in general, with some reservations, while tweaking the legislation in your favor. You know full well that this raises the costs to new competitors. When it passes, call it a vote for the ?open internet? that will ?preserve the right to communicate freely online.?

But when you look closely at the effects, the reality was exactly the opposite. Net neutrality closed down market competition by generally putting government and its corporate backers in charge of deciding who can and cannot play in the market. It erected barriers to entry for upstart firms while hugely subsidizing the largest and most well-heeled content providers.

So what are the costs to the rest of us? It meant no price reductions in internet service. It could mean the opposite. Your bills went up and there was very little competition. It also meant a slowing down in the pace of technological development due to the reduction in competition that followed the imposition of this rule. In other words, it was like all government regulation: most of the costs were unseen, and the benefits were concentrated in the hands of the ruling class.

There was an additional threat: the FCC had reclassified the internet as a public utility. It meant a blank check for government control across the board. Think of the medical marketplace, which is now entirely owned by a non-competitive cartel of industry insiders. This was the future of the internet under net neutrality.

Good riddance, then. No more government-managed control of the industry. No more price fixing. No more of the largest players using government power to protect their monopoly structure.

In the short term, the shift by the FCC does not mean the immediate emergence of a free marketplace for Internet service. But it is a step. If we let this experiment in liberalization run a few years, we will see massive new entrants into the sector. As with every good or service provided by market forces, consumers will gain the benefit of innovation and falling prices.

The end of net neutrality is the best single deregulatory initiative yet taken by the Trump administration. The simultaneous, contradictory, and economically absurd attempt by the Justice Department to stop the merger of Time-/Warner and AT&T?which might only be a government attempt to punish CNN and therefore an abuse of presidential power?is another matter for another time.

We should take our deregulation where we can get it.

Jeffrey Tucker is Director of Content for the Foundation for Economic Education. He is founder of Liberty.me, Distinguished Honorary Member of Mises Brazil, economics adviser to FreeSociety.com, research fellow at the Acton Institute, policy adviser of the Heartland Institute, founder of the CryptoCurrency Conference, member of the editorial board of the Molinari Review, an advisor to the blockchain application builder Factom, and author of five books, most recently Right-Wing Collectivism: The Other Threat to Liberty, with a preface by Deirdre McCloskey (FEE 2017). He has written 150 introductions to books and many thousands of articles appearing in the scholarly and popular press. He is available for press interviews via his email.