The shutdown reminded us how much we don’t need government 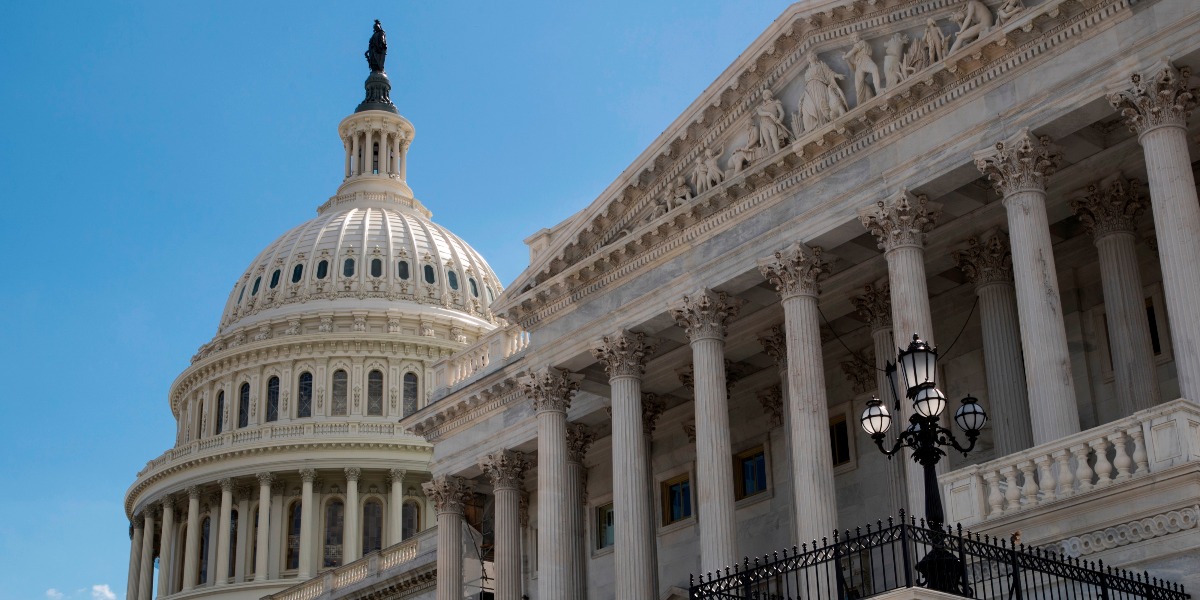 The government is open again, but the Washington Monument is still closed. Why? The answer offers a powerful example of why government as we have known it is obsoleting itself.

By way of background, there is a game in federal government with a long history called the Washington Monument Ploy. The idea is that when a budget deal is not approved, and a shut down ensues, the politicians and the bureaucracy close the services that people use the most. These include services like issuing passports, maintaining parks and hosting guests at historic monuments.

None of these are deemed essential, but collecting taxes and hunting down pot merchants are seen as essential, and thus do these stay in operation.

At the top of the list for closing has always been the Washington Monument. This way, when visitors come to the nation?s capital, and they are ready to pay homage to the first president by touring the most conspicuous symbol of the city?s power, they are greeted with a closing. See, this is what happens when the government doesn’t exist. Your vacation is ruined.

This year, however, that game did not work. The reason: the Washington Monument is already closed. It has been closed since 2016. It won?t reopen until 2019. This is because of the “unreliability of the elevator control system,” according to the website of the National Park Service. A broken elevator that takes three years to fix! (Even more incredibly, it took a private donation to get the park service even to bother to start fixing it.)

The Washington Monument Ploy didn?t work this time to show to the world the egregious fate of life without the federal government. What?s more, in a very clever move, the Trump administration encouraged all parks to stay open regardless of the government closure, which annoyed many public sector administrators.

Other sites found other sources of funding. The Statue of Liberty was supposed to close, but the governor of the state stepped in to say that the state would pick up the tab so that it would stay open. The Grand Canyon was another case in point. “The Grand Canyon will not close on our watch. Period,” the Arizona governor said. “If Washington, D.C., won’t function, Arizona will.”

Overall, the closure of government turned out to be the least eventful in modern history. It took place over a weekend. And hardly anyone really cared whether they had the latest updates from the website of the Department of Housing and Urban Development. It mattered to no man that the good folks at the Department of Education took a Monday off.

What about the financial markets? They are hungry to process and price any information relevant to the state of the world. Surely there would be chaos if the world?s largest, most well-funded and most powerful government — the indispensable source of order in the country and the whole world — shuttered its doors. But that?s not what happened. In fact, nothing bad happened. The reopening just became yet another excuse to execute some buy orders.

Marketwatch took a look back at the relationship between financial markets and government closings since the 1970s. It concludes that on net, government closings drive down markets, but this masks a dramatic change over time. Back in the 1970s, under Presidents Ford and Carter, the stock market fell 3-4 percent. The market perception was that government was just all that necessary to keep the world afloat. Even as late as 1990, a closing had the effect of a fall in the Dow.

Since then, it just hasn?t mattered that much at all. Under Obama, government closings buoyed the financial markets. In today?s rip-roaring bull market, the closing was barely noticed by the financial press at all. It?s a remarkable measure of how little government matters in our daily lives or the commercial sector anymore.

The Marxist philosopher Herbert Marcuse used to rail against the ?false needs? invented by the market economy to trick people into giving up their money while overlooking real social needs. As it turns out, his critique actually applies to government. Government has become the great illusory need, something that all elite opinion claims is essential to life, but regular people cannot quite figure out how or why.

After the closing went on for a few days, the squabbling politicians in D.C. finally came to a deal and reopened government. Good for them. When you shut the government, and no one notices, it’s surely time to reopen.

During this debate, the press kept asking which political party was going to lose or win from the closing. The answer is clear that the whole lot of them lose, simply because it illustrates how unnecessary so much of what government does truly is and how undependable government is at delivering the handful of things you actually want it to do.

The entire event is yet another confirmation of the reason why confidence in the federal government has reached an all-time low. The mainstream press can fly into a daily frenzy about the horrors of a shutdown and the primordial urgency of every single thing that government does. But people look at their lives and the products and services that grant them all essentials and luxuries in life. You notice something: all the truly beautiful and valuable things in our lives come through the beneficence of the competitive commercial sector, while government appears in our life mainly as the thing to tax, regulate, hector and divide us from others.

This realization has an effect on the continued viability of all-encompassing state control.

A way out emerged in the weekend of the shutdown. New York and Arizona stepped up to fund public access to their own monuments, and to heck with the Capitol Hill rats who can?t get it together. Other monuments have already privatized themselves. Look at Mount Vernon, the home of George Washington. It has always been in private hands. In 1858, the Washington family sold it to a private foundation that has maintained it ever since.

In cities across the U.S., for the same reason, whole plots of land are being sold off piece by piece. City governments no longer have ideological visionaries who imagine that they will plan the perfect world from the top down. Even if they had any good ideas, there is no money left to fund them. As a result, they are happy to sell or lease huge swaths to private enterprise.

The city of Chicago is selling 1,000 lots of city-owned land for $1 each. In Atlanta, neighborhoods are going private with mixed use. Ironworks West Midtown went from blighted to trendy. Ponce City Market was a falling-down mess that has become one of the most expensive commercial spaces in the city. Meanwhile, Atlantic Station has gone from strength to strength, with its mixed-use space, private streets, private security and burgeoning retail shops.

This is the real reason for the frenzy to become Amazon?s second headquarters, with $5 billion in infrastructure investment and 50,000 high-paying jobs. Cities have everything to win and nothing to lose by turning over as much land (and services and infrastructure development) as possible to private developers, cutting back the range of public-sector responsibilities and creating new sources of tax revenue.

Many Central and South American countries are quietly marketing large plots of land to international capitalists and granting a great deal of legal autonomy to experiment with new forms of tax and regulatory treatment. The project FreeSociety.com is using the burgeoning market in cryptoassets to raise money to outright buy a large swath of a country, with the hope of setting up a little Hong Kong — or maybe many.

The trend toward selling off state property and services to private owners is accelerating, and there is no reason for it to stop. It?s a completely different kind of reform process. Rather than tweaking a regulation, manipulating a policy or rearranging some rules, let?s go the full way. The Washington Monument itself should be sold, and so should the Library of Congress. The Passport office could be private too. Even immigration policy could fall to private hands, permitting private sponsorship of refugees (as in Canada) and otherwise managing the flow via private contracts and employment.

It?s time to put a final close on the era of government hegemony over our lives. There need never be another drama over closings of government offices. Shut them down for good. Sell the assets. Privatize the services.

Jeffrey A. Tucker is Editorial Director for the American Institute for Economic Research. He is also a managing partner of Vellum Capital, founder and Chief Liberty Officer of Liberty.me, an adviser to blockchain application companies, past editorial director of the Foundation for Economic Education and Laissez Faire Books, founder of the CryptoCurrency Conference, and author of many thousands of articles in the scholarly and popular press and eight books in 5 languages. He speaks widely on topics of economics, technology, social philosophy, and culture. He is available for speaking and interviews via his email. Follow him on Twitter @jeffreyatucker

This was originally published at aier.org.