Venezuela is in crisis.

Women are selling their hair to make ends meet.

Pets are starving to death in the streets because no one can afford to feed them.

The currency is so Weimar-level worthless that shopkeepers have taken to weighing instead of counting the hundreds or even thousands of bills people need to make day-to-day purchases.

And the country’s shortage of food, medicine, and other necessities like diapers, soap, toilet paper, tires, and more is reaching catastrophic levels.

Related: By doing the exact opposite of Venezuela, this South American country is flourishing

All of this, not to put too fine a point on it, is the Venezuelan government’s fault. That’s how one of the world’s most oil-rich nations is in agony. My colleague Pascal-Emmanuel Gobry at The Week explains:

Food, toilet paper, and many other basic goods are hard to come by in Venezuela. Why? Well, when [former Venezuelan President Hugo] Chavez decided the prices of necessities were too high, he first put the squeeze on retailers, accusing them of hoarding or raising prices to bilk the customer. Then he put in price controls which, just as Econ 101 says they would do, led to shortages and a black market. The government responded by arresting CEOs and executives of retailing firms.

The government doesn’t just control the oil industry, imposing windfall taxes as high as 50 percent on the few private sector projects that remain. The government has nationalized rice mills, large producers of agricultural products, and expropriated millions of acres of farmland; it has acquired some banks and shut down others; nationalized the cement sector; tried to nationalize gold miners; nationalized the country’s largest steel mill and the country’s largest telecommunications company; expropriated the nation’s largest power producer (remember those rolling blackouts?), and more.

As Gobry concludes, “The Venezuelan brand of socialism leads to misery and corruption just like water flows downhill.” (The government even responded to food and medicine shortages by blocking a lot of outside aid, which makes it very difficult for those who want to help to get humanitarian donations inside the country.)

Now, with Christmas coming, Venezuela’s wildly misnamed “consumer protection agency,” Sundde, has decided to play Santa — if Santa were an evil character invented by Chavez himself. The BBC reports:

Venezuelan authorities have arrested two toy company executives and seized almost four million toys, which they say they will distribute to the poor.

Officials accused the company of hoarding toys and hiking prices in the run-up to Christmas.

Last week, the government issued an order to retailers to reduce prices on a range of goods by 30%.

Sundde says the businesses are price gouging, but they’re actually raising prices in a vain attempt to keep up with the Venezuelan currency’s hyper-inflation. Needless to say, nationalizing the toy market isn’t going to save Christmas — though that didn’t stop Sundde from sending out a sanctimonious tweet claiming to do exactly that:

“Our children are sacred, we will not let them rob you of Christmas,” it says. Yeah, ok.

The seized toys will be sold at a steep discount, namely, a price based on the value the Venezuelan government likes to pretend its currency retains. Venezuelan children will no doubt be thankful for a new toy in what will otherwise be a grim Christmas, but the longer Venezuela maintains its heartless authoritarianism, the sooner those kids will realize their government didn’t save Christmas. It ruined it — and it is ruining their whole country, too. 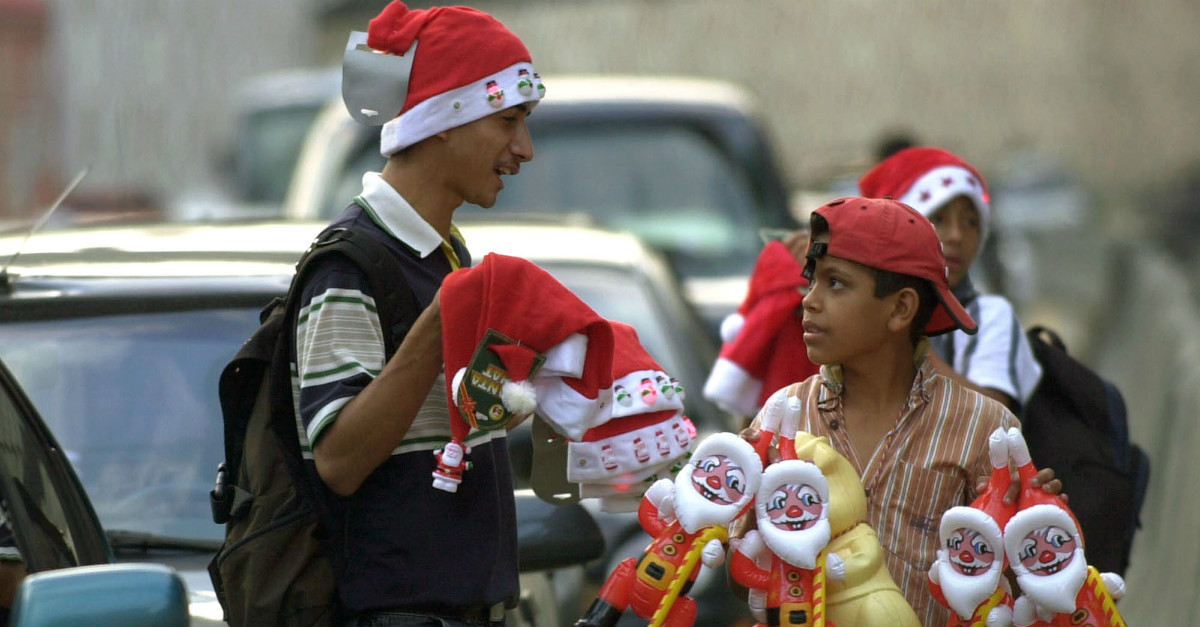