Why would the GOP tax bill make adoption more expensive than it already is? 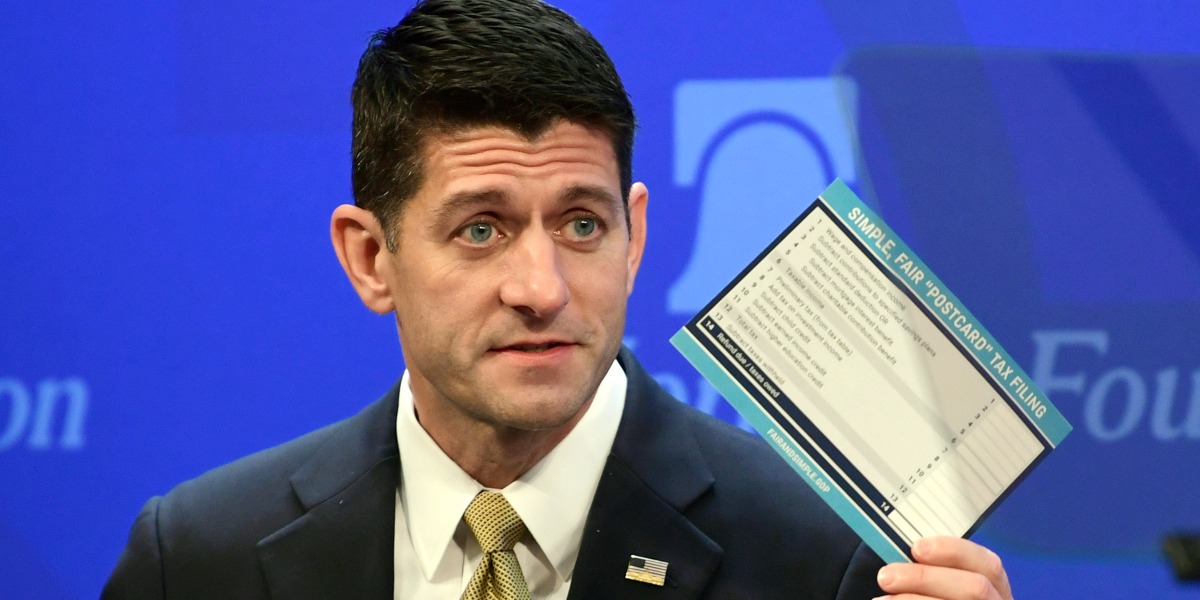 The GOP tax reform plan has polarized Americans along predictable lines. Depending on who you ask, it’s either a malicious reverse-Robin Hood plot to steal from the poor to give to the rich, or it’s an actual gift from God to the middle class to supercharge our economy forever.

I expect the reality of what finally gets passed (if it gets passed) will be rather more mundane than most people hope and/or fear. And call me cynical, but I also expect a year from now most Americans will still think their own taxes are too high and too complicated, that Washington privileges the wealthy and well-connected, that government spending is wasteful, and that the national debt is obscenely high. They’ll be right on all counts.

That said, there’s one proposal in the tax plan drawing ire from unlikely allies: the elimination of the adoption tax credit. That’s a big deal, because adoption is really, really pricey. David French at National Review explains:

How much does it cost to adopt?  An Adoptive Families Magazine survey of 1,100 families who adopted children from 2012 to 2013 found that the average family spent $34,093 on independent adoptions and $39,966 if they went through an agency. My family adopted our youngest daughter in 2010, and those numbers match our experience.

Even for upper-middle-class families, that?s a staggering amount of money to spend, and the expenses are often concentrated within the span of a few months in a single year. Agency fees, legal fees, travel expenses ? they all pile up. So families often seek help. They raise money from family and friends. They appeal to churches. They go into debt.

There is, however, one thing that helps these families, and it helps a lot: It?s called the adoption tax credit, a $13,570 non-refundable credit that phases out for truly high-income families.

You can see why congressional Republicans’ plan to get rid of this tax credit has a lot of people upset. The adoption tax credit can easily be the determining factor that makes financially responsible adoption possible for many families. The proposal to nix it has pro-lifers angry because this will make adoption more difficult and thus abortion more likely. It’s also a source of outrage in the LGBT community, as many same-sex couples seek to adopt.

House Ways and Means Committee Chair Kevin Brady (R-Texas), who has two adopted children in his own family, argued it makes sense to eliminate the credit because “we want a tax code that lowers rates and [helps you] every year of your life” rather than one “that has special provisions you may use once in your life.”

In the abstract, that seems reasonable, but it’s important to think about the specifics here. First of all, while getting adopted is indeed a one-time thing, it’s an enormous one-time thing that will literally change the course of a child’s life. There are larger principles at stake than bromides about fiscal conservatism.

Second, there’s reason to believe the credit is a net positive for the government’s balance books, because it helps move children out of the foster care system.

And third, crucially, part of the reason adoption is so expensive is rules and fees required by various levels of government.

The Adoption Network Law Center notes that “court costs (pre and finalization of adoption) as required by state or country regulations” plus “separate legal representation for adoptive and birth parent(s)” for those court appearances and meeting the demands of the Interstate Compact on the Placement of Children (ICPC), a federal law about adopting a child from another state, can all add to adoption costs.

?The biggest chunk of adoption fees generally go towards what I would lump together as ?legal fees,?” Julie Gumm, author of “You Can Adopt Without Debt,” told The Washington Post. ?Just from the processing of all the legal work that goes into that sort of complicated process.?

You can sign a petition to save the adoption tax credit here.