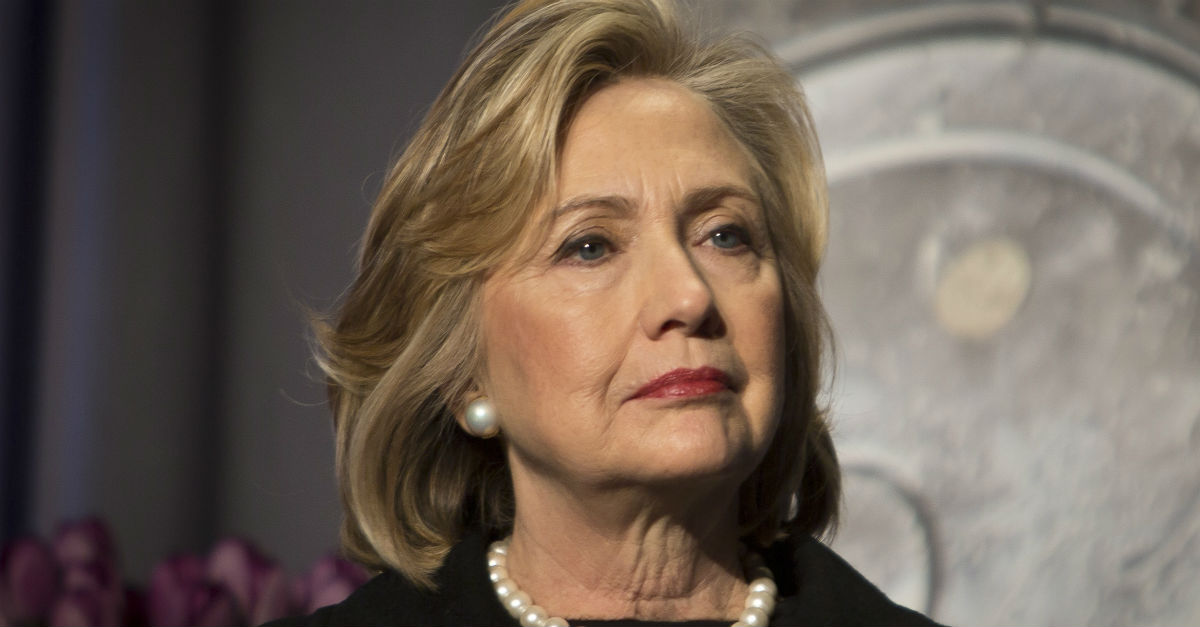 I’m only two episodes into season three of House of Cards, so take what I’m about to say lightly (also there’s an extremely mild spoiler alert ahead).

The parallels between Claire Underwood and Hillary Clinton are more striking than ever. Claire desperately wants to be ambassador to the United Nations, a position she intends to use as a springboard for seeking elected office. After the Senate votes down her confirmation because she falls for a demagogic rope-a-dope absurdly staged by the show’s Ted Cruz stand-in, she demands that her husband recess appoint her to the position, despite the fact that his approval numbers are in the doldrums.

House of Cards fans: don’t jump too far down my throat. Maybe Claire radically diverges from Hillary later in the season. But at least early on, it’s all there: the insatiable ambition, the use of Cabinet positions as footholds on a climbing wall, and, of course, the constant threat of scandal in the background.

We love Claire Underwood and her menacing husband. In an era of political dysfunction, we crave their ability to Get Stuff Done, even if it means knocking a few heads and breaking a few laws. They’re the Bonnie and Clyde of the political world, the villains we worship because they represent something we secretly wish we had.

We don’t, however, love Claire’s real-life counterpart. As the latest Clinton sleaze splashes across the front page?hiding emails via use of multiple personal addresses, breaking federal law, hypocrisy?we don’t shrug and acknowledge that this is just the way politics works. We get annoyed at the audacity and wonder how much longer this leech, who hasn’t held a private-sector job in decades, will continue to suck the plasma out of our political discourse.

The Clintons take entitlement to a level rarely seen even in federal politics. ?It still divides us,? said Christopher Hitchens back when Hillary was being considered secretary of state, ?as between those of us who think that a job must be found for Hillary Clinton, that the country would be somehow disgraced if she wasn?t in an important position, and those of us who could do without her.? Chief in the first camp are the Clintons themselves, who treat politics as a career placement seminar. Thus there is no doubt in their minds that Hillary should be the Democrats’ 2016 presidential nominee, even though a populist like Elizabeth Warren would be far better at capitalizing on the national mood.

This isn’t political calculation. It’s manifest destiny. And it takes precedence over everything else, including ethics and the law.

The problem is that the public, despite an infatuation with House of Cards in certain corners, actually hates this marriage of scandal and ambition. Given the opportunity to elect our own Underwoods, we chafe and recoil.

Chris Christie used to be one of the most popular politicians in the country. His approval ratings have plummeted due to a number of factors, but the most impactful was the Bridgegate scandal that tarnished his reputation as a reformer.

And let’s not forget that the Clintons only skated by in the nineties because the public deemed Kenneth Starr and their Republican interrogators to be guilty of greater lapses?and that only happened because of relentless, round-the-clock spin from the Clinton war room.

I noted yesterday that Hillary Clinton’s approval rating was 43 percent as long ago as last year, when the dust of Benghazi and the Clinton Foundation’s shady donors was swirling. Now a new Fox News poll, taken as the email scandal was developing, finds more than half of respondents don’t think Mrs. Clinton is honest.

Doesn?t the latest Hillary Clinton scandal make you want to throw up your hands and say: Do we really have to do this again? Do we have to go back there? People assume she is our next president. We are defining political deviancy down.

Fifteen years after she and Bill vacated the White House, the public once again has Clinton fatigue. Even the most sulfurous Clinton haters couldn’t have predicted that. If I were a liberal, it would infuriate me that Hillary is already the inevitable nominee. As a conservative, I tolerate it only because it gives Republicans a good chance in 2016.