Democrats are not letting Vice President Mike Pence off the hook for a recent discovery about his email use while he was governor of Indiana.

On March 2, The Indianapolis Star reported that Pence routinely used a private email account to conduct business during his tenure as governor. Emails released to the news outlet reportedly show that Pence used his personal AOL account to communicate with advisors on a variety topics, including security at the governor’s residence and the state’s response to terror attacks. Records of the emails were obtained by IndyStar through a public records request.

Life comes at you fast. https://t.co/LiyPQvymjQ

.@realDonaldTrump and I commend the FBI for reopening an investigation into Clinton's personal email server because no one is above the law.

The revelation regarding Pence’s email use hit close to home for Democrats, who were dogged by Hillary Clinton’s use of a private email server throughout the entirety of her presidential campaign. Now, it seems, the tables have turned, and it’s the Republicans defending an important political figure’s use of a private server while in office, potentially handling sensitive information.

Though comparisons to Hillary Clinton’s use of a private server and email account during her tenure as secretary of state are obviously a stretch — Pence would not have been privy to information as sensitive as those issues handled by Clinton — cybersecurity experts say Pence’s emails were likely just as insecure as the former secretary of state’s. As reported by Indy Star, “While there has been speculation about whether Clinton’s emails were hacked, Pence’s account was actually compromised last summer by a scammer who sent an email to his contacts claiming Pence and his wife were stranded in the Philippines and in urgent need of money.”

Fellow Democrats were quick to jump into the conversation with snarky comments toward Pence.

Should people be chanting "lock him up" now?

@leahmcelrath should t they investigate YOUR private server as well Mr. Pence? 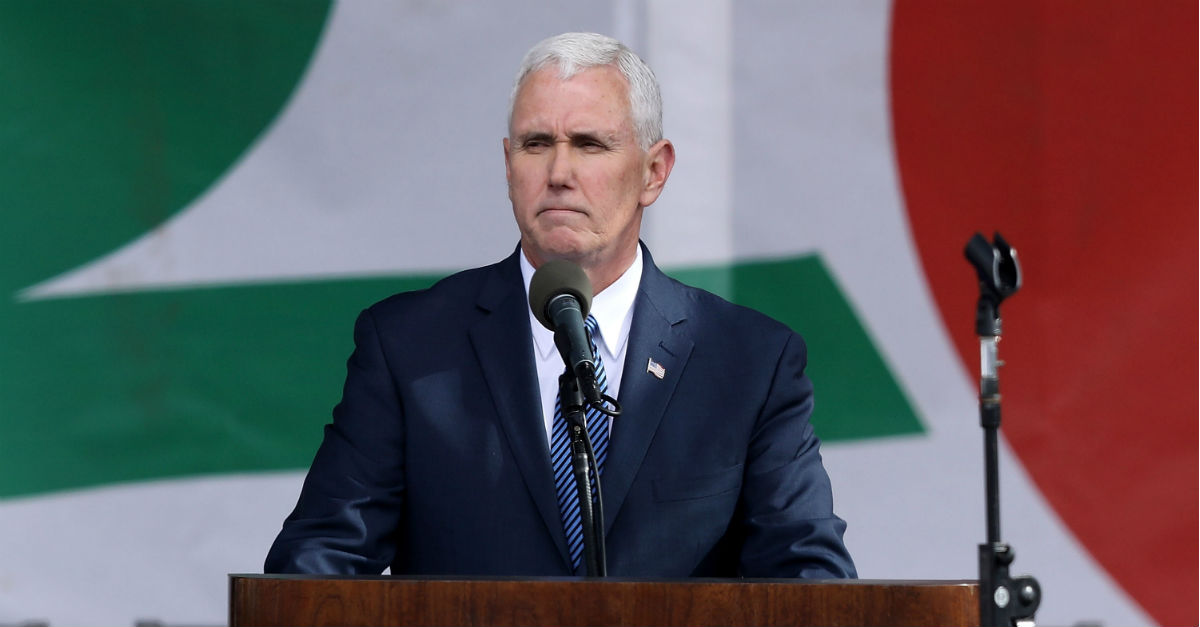