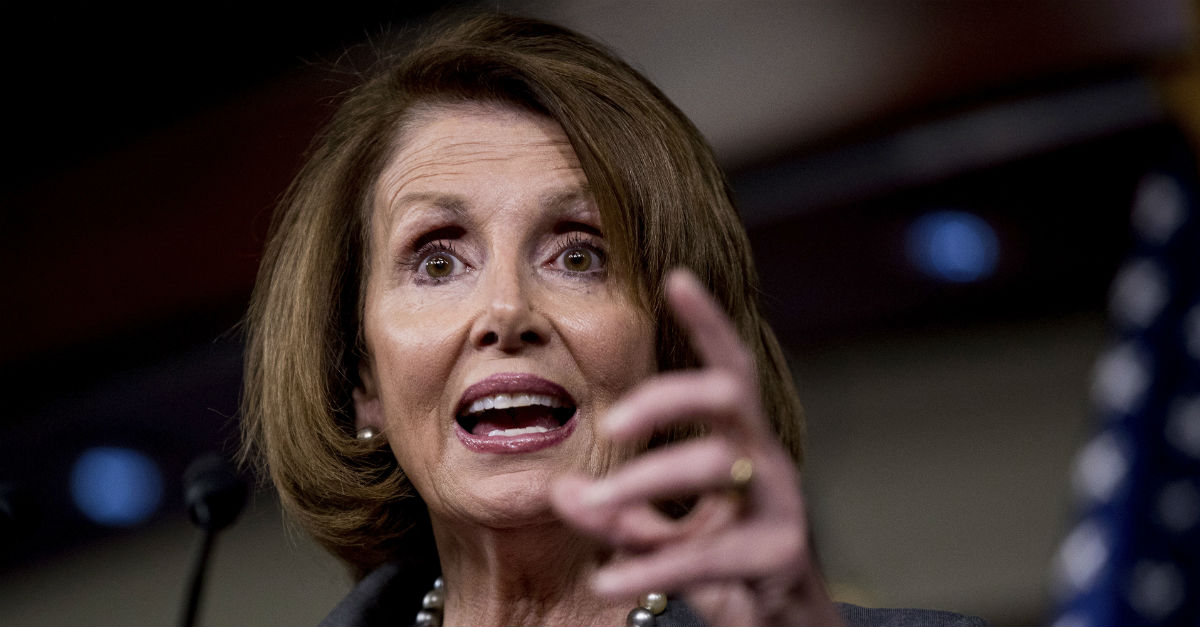 Nancy Pelosi is taking heat from her own party after she described the middle class bonuses as “crumbs.” At least six Democratic congressmen have gone on the record to criticize the minority leader’s messaging.

Rep. Henry Cuellar (D-Texas) told Politico “I would not use ‘crumbs’ personally and I think a lot of Blue Dogs would not use ‘crumbs'” and Rep Emanuel Cleaver (D-Mo.) told the publication “Language is important, and we have to be very careful that we don?t insult people by saying that the amount of money they get is crumbs. We cannot be seen as patricians.”

Rep. John Yarmuth (D-Ky,) told the Washington Examiner “I would say it differently. I wouldn’t say a couple thousand dollars a year is ‘crumbs.'”

Rep. Joe Crowley (D-NY) said in a press conference “I think for people making $40,000 a year, any increase in their take-home is significant for them, and I don?t want to diminish that at all.”

Rep. Keith Ellison (D-Minn.) told Business Insider “I wouldn’t describe it as crumbs” and Rep. John Delaney (D-Md.) told the BI, that using the term “crumbs” is “of course” the wrong message. Both congressmen did stress that they feel the tax bill is slanted to benefit the wealthiest Americans  and corporations.

Rep. Ben Ray Luján (D-N.M.) told CNN that he “recognizes that something was in [the Republican tax bill],” adding, “where I come from, anything makes a difference.”

The Republicans have been ramping up their attacks on Pelosi for a few months as they prepare for the midterm elections in November. During a Republican retreat in early February, Trump compared Pelosi’s “crumbs” gaffe to Hillary Clinton’s rhetorical slip-up when she labeled Trump voters “a basket of deplorables.” Vice President Mike Pence echoed his boss’ remarks, saying “if you’re going to say that $1,000 is crumbs, you live in a different world than I’m living in.”

Some Democrats have even expressed a desire to change the face of their party away from Pelosi. When Rep. Tim Ryan (D-Ohio) ran for the minority leader position, he picked up almost a third of the votes from his fellow lawmakers in the lower chamber.

Nancy Pelosi’s office argues that the “crumbs” remark was taken out of context. In full, she said “[Republicans] try to sell this as a piece of cake, instead of the crumbs that it is to people while it gives a banquet to the wealthiest.”