Donald Trump’s national security advisor Mike Flynn just stepped down after one of the shortest senior tenures in the history of the federal government. Trump’s 2016 campaign is under investigation for alleged collusion with Russian intelligence services. The president has miffed the Australian prime minister and gotten himself barred from speaking before British parliament. The rollout of his trademark refugee executive order was a fiasco and still remains blocked by the courts. His administration is riddled with leaks.

And he’s still on track to beat Elizabeth Warren in the 2020 election.

The poll comes from Politico, which would already be taking the temperature of an electorate that’s still almost four years off, wouldn’t they? Still, Democrats should pay attention. The survey found that Trump would beat Elizabeth Warren in a hypothetical presidential match-up 42 percent to 36 percent, despite the fact that a generic Democrat would get the best of Trump and also that Trump’s approval rating is in the gutter.

RELATED: Elizabeth Warren is a demagogue but the Senate shouldn’t have shut her up

There are two big takeaways here. The first is that resistance street theater on the part of Democrats is not a guaranteed crowd-pleaser. Warren, you’ll recall, has been feted by the media for days for her stinging interrogations of Trump’s cabinet nominees, which, in the case of Jeff Sessions, got her silenced by Mitch McConnell on the Senate floor. Here, at last, was someone on Capitol Hill willing to #resist! Only the public doesn’t care. Just because Trump is woefully unpopular doesn’t mean that Democrats can coast to victory if only they’ll oppose him.

The second takeaway is that, while Democrats need to develop a populist message that can reignite the Obama coalition and captivate the white working class once again, the solution isn’t necessarily a “move to the left,” which, after all, can mean many things: standing up to the drug companies, sure, but also more noxious liberal offerings like identity politics. Warren’s problem is the latter. She’s a self-styled champion of the proletariat who hobnobs with Washington and Boston elites, an advocate for level playing fields who leveraged her extremely dubious Native American heritage to secure Ivy League professorships. Trump is wealthy, too, but he turned that into an asset by owning it and presenting it as evidence of his authenticity. He’s a mountebank but he hid it well. Warren is just a mountebank.

RELATED: Trying to make Elizabeth Warren the face of Democrats shows the party has learned nothing

The Politico poll should be an early-morning alarm for Democrats: 2020 won’t be a free ride and without the right champion, they could easily lose again. A burping boor who insults war veterans and ran a fraudulent online university is one thing, but the public isn’t about to elect a Massachusetts liberal. 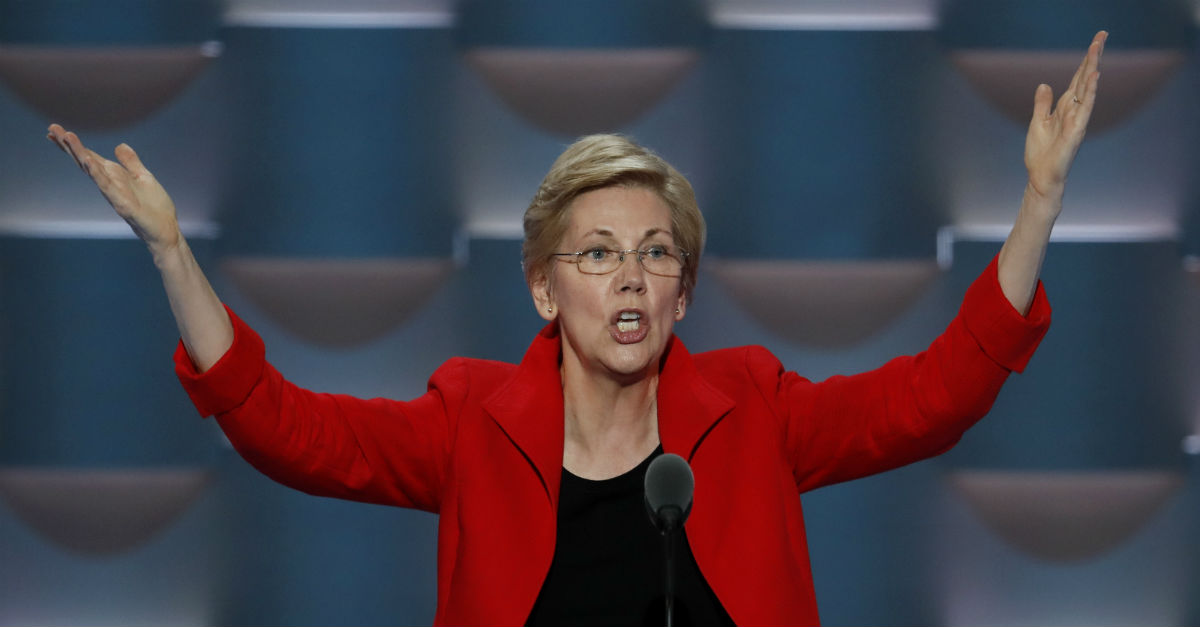