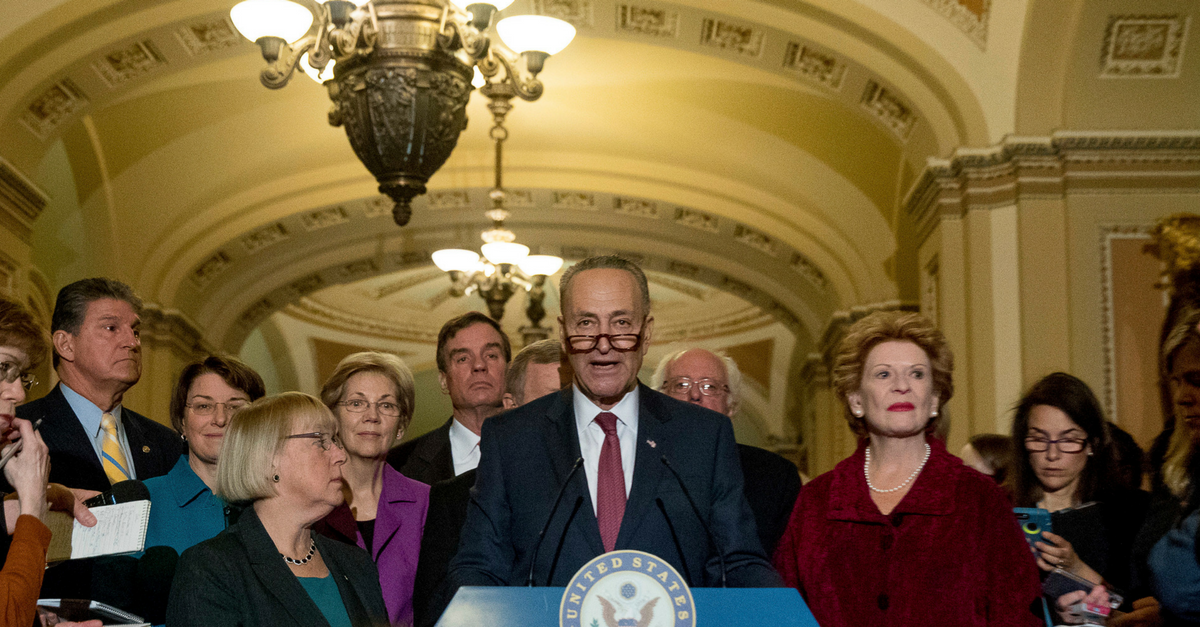 One of the biggest political blunders of the 21st century so far was when then-Senate Majority Leader Harry Reid got rid of the filibuster for cabinet picks and most judicial nominees. Current Senate Minority Leader Chuck Schumer claims he argued against that at the time. “I said both for Supreme Court and in Cabinet should be 60 because on such important positions there should be some degree of bipartisanship,” Schumer said back in January.

Fast-forward to April and it is clear Democrats have learned nothing from their mistakes. Forty-one Democrats have announced they will filibuster President Donald Trump’s nominee to the Supreme Court, Judge Neil Gorsuch. Senate Majority Leader Mitch McConnell has said if that happens he’ll trigger the so-called “nuclear option,” which will end the filibuster for judicial nominees. That means that if Ruth Bader Ginsburg dies, Donald Trump could replace her with Ivanka Trump, Jeff Sessions or Steve Bannon, and there would be nothing Democrats could do about it.

Democrats played the politics on this nomination foolishly. Gorsuch is definitely a conservative justice, but he’s replacing another conservative on the court and his judicial views are not outside of the mainstream. Gorsuch is also a known critic of expanded executive branch power, something that might come in handy for the left under Donald Trump. Put all that together and triggering the filibuster starts to look really stupid.

RELATED: What exactly is Chuck Schumer thinking with this filibuster?

Then again we’re talking about the Democrats, who were dumb enough to nominate the one person who was capable of losing a general election to Trump in the first place. It takes real talent to pull off such a string of failures.

With the Gorsuch fight, Senate Democrats are throwing away any future leverage they might have to block any objectionable picks from Trump, in a short-sighted attempt to placate their left-wing base. It’s working out to be a major loss. Not only will Gorsuch be an associate justice on the Supreme Court, Democrats will lose any remaining leverage they have to force centrist judicial picks.

RELATED: Congressional Democrats are acting like a bunch of obstructionist babies

Democrats should have one simple mission if they want to retake power: don’t be as politically incompetent as Republicans. On paper, that should be easy. After all, Republicans can’t even get behind an Obamacare repeal-and-replacement strategy, despite having had eight years to cook one up.

Yet somehow the Democrats are proving to be even more inept. In next year’s midterms, expect them to run as the “responsible” and the “grown-up” party. And based on their performance with the Gorsuch nomination, they won’t have a leg to stand on.