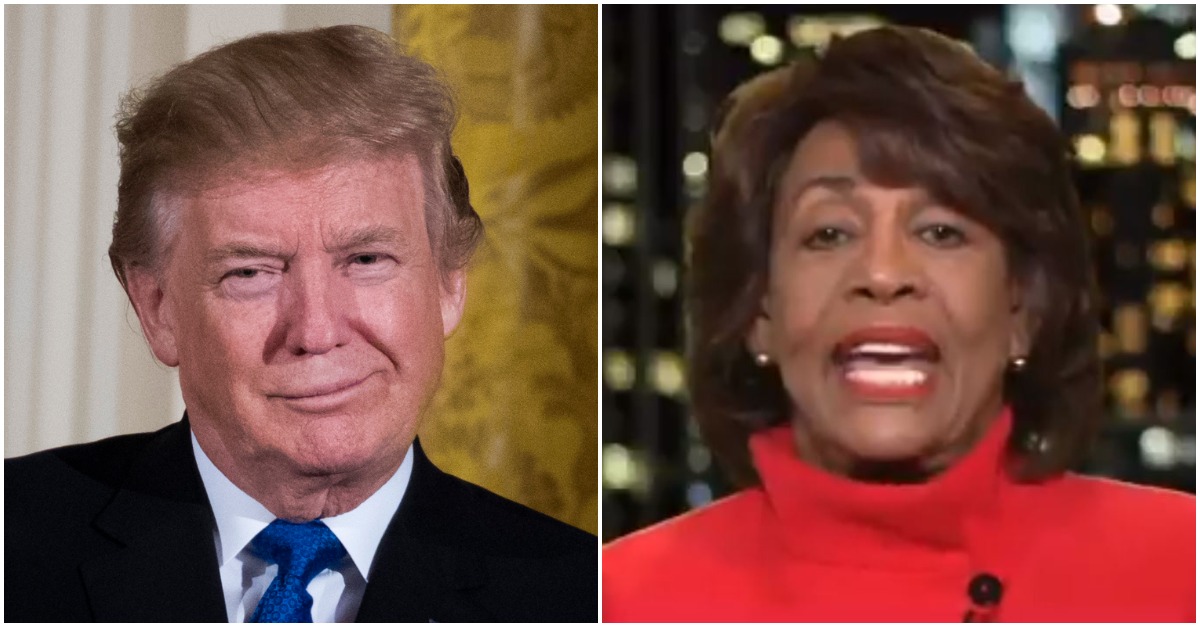 Democratic Congresswoman Maxine Waters of California announced Friday that she won’t be among the lawmakers listening to President Donald Trump’s first State of the Union address when he appears on Capitol Hill Jan. 30.

During an appearance on MSNBC’s “All In with Chris Hayes,” Waters was asked if she will attend the SOTU. Waters answered, “Oh no, I didn’t go to the inauguration. I didn’t go to the joint session that was held after that–I don’t intend to go to this one.” She continued, “Why would I take my time to go and listen to a liar? To someone who lies in the face of facts?”

Waters added, “What does he have to say that I would be interested in?” and closed with, “He does not deserve my attention.”

… on @allinwithchris, @repmaxinewaters tells @joyannreid she will skip trump's state of the union on january 30: "why would i take my time to go and sit and listen to a liar? … he does not deserve my attention." #inners pic.twitter.com/VNf3UIo2Pv

Waters is not the first Democrat to announce that their seat will be vacant during Trump’s address; earlier in the day, Rep. John Lewis, D-GA, said that he will skip the speech as well. Lewis told MSNBC’s Katy Tur, “I cannot, in all good conscience, be in a room with what he has said about so many Americans. I just cannot do it. I wouldn’t be honest with myself.” His remarks followed reports that Trump had referred to a number of African nations as “shithole countries.” The president has since denied those comments.

As Trump’s remarks began to dominate the news, Waters released a lengthy statement, which opened with the blistering condemnation: “Donald Trump is a racist and indecent man with no good values who is woefully unfit and undeserving of the office in which he serves.”

This isn’t the first time that Waters has denounced Trump; in fact, she’s been at it since the beginning of his presidency. In Feb. 2017, as the president was putting together his cabinet, Waters called the group “a bunch of scumbags…who are all organized around making money.”