Rosie O’Donnell and Donald Trump Jr. weigh in on Al Franken’s resignation after the Minnesota senator resigns in disgrace 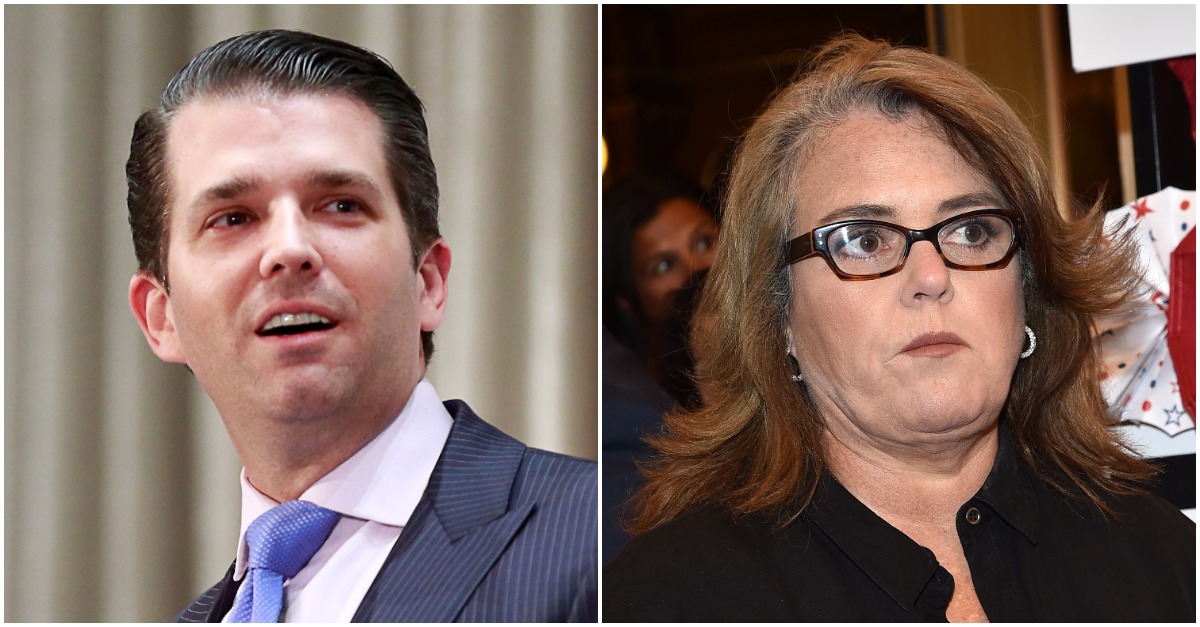 Al Franken’s Thursday resignation found critics in some Democrats who weren’t eager to surrender one of their more personable elected officials and, unsurprisingly, Rosie O’Donnell was one of the voices crying foul. Meanwhile, some on the right wore grins as they watched Franken’s speech on the floor of the senate — Donald Trump Jr. even took to Twitter to mock the outgoing representative.

fuck leeann and her naked ambition

stay on al –
there is a difference
between u and them

Then, on Thursday, Donald Trump Jr. shot off a tweet mocking Franken, writing “I’m smart enough, and God-darnit people like me #Franken.”

…because I'm good enough, I'm smart enough, and God-darnit people like me. #Franken

The “people like me” line is a reference to Franken’s Saturday Night Live character Stuart Smalley, an awkward tv host who was known for stroking his own ego in a series called “Daily Affirmation.”

At this time, President Trump hasn’t commented on Franken’s announcement. He hasn’t weighed in on Franken since November 16, when he wrote “the Al Frankenstien [sic] picture is really bad, speaks a thousand words.”

In his resignation speech, Franken seemed defiant, saying “I know in my heart that nothing I have done as a senator has brought dishonor on this institution.” He also took the opportunity to fire a shot at Trump and Alabama senate candidate Roy Moore by remarking “I am aware that there is some irony in the fact that I am leaving while a man who has bragged on tape about his history of sexual assault sits in the Oval Office and a man who has repeatedly preyed on young girls campaigns for the senate with the full support of his party.”