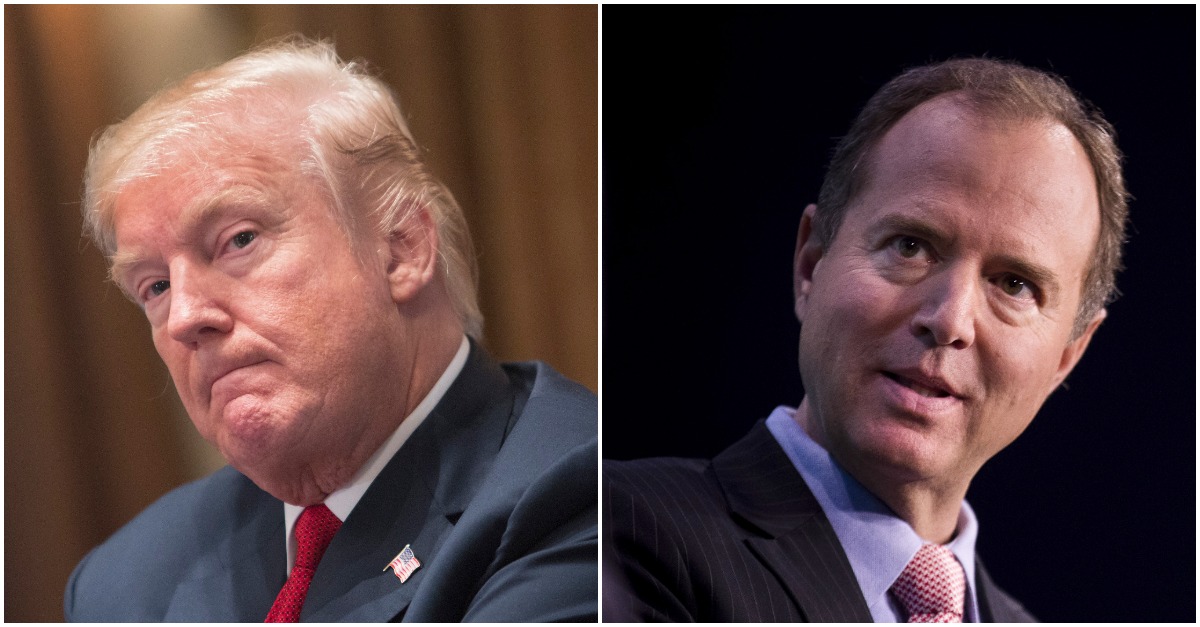 A pair of Russian comics have released audio of a prank call that they placed to Congressman Adam Schiff (D-Cali.), in which they claimed to have nude photos of President Donald Trump, and it seems that the California lawmaker might have even taken the bait.

The audio of the prank was posted by the Daily Mail, though its existence was first reported by The Atlantic. The comedians, Vovan and Lexus, made the call last year. Vovan posed as Ukrainian Parliament leader Andriy Parubiy and wasted no time jumping into the rouse, saying that the Kremlin had nude photos of Trump and that they were working to blackmail the president.

Schiff seemed a bit on edge, cautioning Vovan as the conversation began that the Russians were probably listening to the call. But the Russian prankster didn’t hold back, offering the congressman all the goods. He claimed to have proof that a Russian singer working on behalf of the Kremlin met with Michael Flynn in a non-existent Brooklyn cafe and offered to provide Russian agents to the Americans.

There were long pauses between the congressman’s statements, as if he were taking notes, and he often asked Vovan to repeat names. When Vovan told Schiff that he could deliver the materials, Schiff sounded a bit cagey, instead suggesting “I’ll be in touch with the FBI about this…I think it would be best to provide these materials to both our committee and to the FBI.”

RELATED: This is how Devin Nunes can redeem himself following the controversial memo release

The Daily Mail also released email correspondences that appear to be between a staffer on the House Intelligence Committee and the Russians. In the emails, Vovan and Lexus say that they will provide the materials to Schiff via the Ukranian embassy in Washington D.C.

Vovan and Lexus have tricked several politicians into prank calls, including John McCain, Mitch McConnell and Nikki Hayley. A spokesperson for Schiff’s office told The Atlantic “Before agreeing to take the call, and immediately following it, the committee informed appropriate law-enforcement and security personnel of the conversation, and of our belief that it was probably bogus.”

Little Adam Schiff, who is desperate to run for higher office, is one of the biggest liars and leakers in Washington, right up there with Comey, Warner, Brennan and Clapper! Adam leaves closed committee hearings to illegally leak confidential information. Must be stopped!

Schiff leads the House Intelligence Committee, which is investigating possible ties between the Trump campaign and the Russians. In that role, he has come under attack from Republicans and even the president has sent out a fiery tweet, branding the California congressman as “little Adam Schiff.”