Total eclipse of the Democratic Party 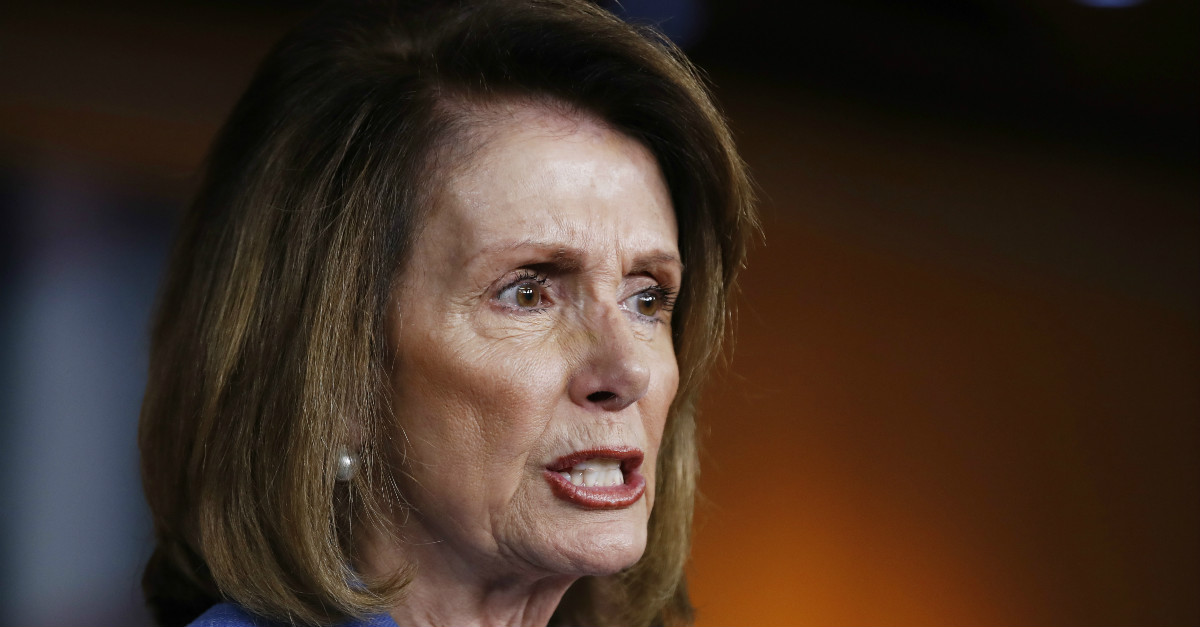 Democrats in Congress, acting on orders from House Minority Leader Nancy Pelosi, are looking to garner support for an official censure of President Donald Trump?s ?repulsive defense of white supremacists.?

?Democrats will use every avenue to challenge the repulsiveness of President Trump?s words and actions,? Pelosi said.

Other than underlining Congress? addiction to meaningless theater in order to break up the monotony of their usual state of inertia, this action will almost certainly go nowhere, since Republicans have control of the House. That makes it pretty typical for the Democratic Party these days.

If it weren?t for showboating and virtue signaling, Democrats in Congress would have nothing to do.

This is nothing new, of course. It was only two years ago that Democrats were employing amendments to stop federal displays of the Confederate flag in order to block the passage of spending bills ? and getting spending bills passed is Congress? most basic duty.

The problems confronting the Democratic Party are as vast as they are unmentioned by a complacent media: after years of enduring setbacks at the state level, the electoral map has shifted in a way that will make future victories for the DNC exceedingly difficult. Those numbers will remain the same no matter how much outrage is generated by Trump’s Twitter feed.

According to Ballotpedia, there are only six states that are fully controlled by Democrats (a party controls a state fully when it holds the governorship and has at least half of each chamber of the state legislature). By comparison, the Republicans have full control of 26 states.

In the 2016 election, a massive number of precincts shifted dramatically from blue for Obama to red for Trump. An analysis of those precincts shows that the economy most likely drove the change, according to economist Stephen Moore.

RELATED: Donald Trump is self-destructing ? here?s why Democrats need to avoid piling on

When people are suffering under high taxes and low employment rates, they vote with their feet. The 10th edition of “Rich States, Poor States: Alec-Laffer State Competitiveness Index” reports that more people than ever are leaving blue states and moving to red states. The most recent census data shows that the top seven states to receive inbound migration were: North Dakota, Nevada (which Clinton won in 2016 but is controlled by Republicans), South Carolina, Colorado, Florida, Arizona and Texas. Except for purple Colorado, those are all red states. During the same time frame, the leading seven states to lose population were: Alaska, New York, Illinois, Connecticut, New Mexico, New Jersey and Kansas. With the exception of Alaska and Kansas, those are all blue states.

Along with the damaging economic data, there are two other overlooked factors that spell trouble for Democrats. Firstly, instead of explaining how their solutions would help all workers, the Democratic Party doubled down on a strategy that appealed to marginalized groups: women, African-Americans, LGBT people and others. This divide-and-conquer approach seems to have backfired, particularly in the Rust Belt. Interestingly, when Ohio Democratic Congressman Tim Ryan pointed this out, he was largely ignored.

?If you?re a marginalized citizen in any way, shape, or form the Democratic party is the party for you, and that means economically marginalized as well,? he said. ?I don?t care about color, man, woman, black, white, brown, gay, straight — we should be working for all of those groups and their economic interests.?

RELATED: Liberals need to learn that you can?t constantly compare Republicans to Hitler

The second overlooked factor that’s hurt the Democratic Party is the recent series of damaging scandals. Last July, Congresswoman Debbie Wasserman-Schultz gave up her leadership of the DNC after email leaks that seemed to show the Democratic presidential primary was biased in favor of establishment favorite Hillary Clinton. Wasserman-Schultz has been further dogged by a recent scandal involving an IT worker on her staff, who was arrested by the FBI on charges of bank fraud as he attempted to leave the country. Combined with the endless blaming of the Russians for Clinton’s historically unpopular candidacy and the electoral loss of the Rust Belt, all of this self-inflicted damage has not helped the Democratic Party brand.

Yet instead of injecting fresh blood after its humiliating 2016 defeats, the DNC has doubled down and refused to face facts. If it does not turn around the situation on the ground, future congressional victories are just pipe dreams.

The Democratic Party needs a message, one that goes beyond ‘Trump bad.’