Donald Trump’s first address to Congress—not a State of the Union; we can’t say that until next year—was a genuine success, if only because the bar was so low. The president read off his TelePrompter, avoided going on tangents about how big his skyscrapers are, and managed not to accidentally start a war with New Zealand, all of which ranks this as a win by Trump standards. Plus, let’s face it, there were some poignant moments, especially the line about slain Navy SEAL Ryan Owens setting a new record for applause.

It was not, however, a success for the Democrats, America’s opposition party. I’m all for a more rowdy Congress, even when presidents come to visit, but enforced comity is the system we currently have, and under that the Democrats came off pretty badly.

They stayed glued to their chairs for most of the address, glaring at Trump with stony eyes and occasionally muttering to each other. When Trump declared that “my job is not to represent the world. My job is to represent the United States,” only the Republicans applauded, not a good look as nationalist sentiment roils the globe, and especially not given how universally agreeable that line is. Nancy Pelosi popped up slightly thereafter looking like someone had poisoned her cat. And then, at the end, the words “God bless these United States” were barely off of Trump’s lips before Democrats started bolting for the exits.

RELATED: Donald Trump has had a terrible week. He would still beat Elizabeth Warren in 2020

I know these are all superficial considerations. Being the minority party during presidential addresses is tough, expected as you are to stand there like lawn furniture while the president harangues. But the overall effect was that Trump forthrightly laid out his vision, appealed to people’s sense of law and country, provided Republicans with the counsel they needed on Obamacare, sounded like a party leader, while the Democrats rolled their eyes at the guy who received 46 percent of the vote in the last election.

Worse, Trump seemed to lay several traps over the course of his speech. When he called on Congress to “pass an education bill that funds school choice for disadvantaged youth, including millions of African-American and Latino children,” it tore Democrats between their loathing of vouchers and self-anointed status as the party of minorities. And how do you not applaud four victims of immigrant-committed crimes? Even as the president was laying out a vision on immigration that you consider dangerously radical?

All of that might have been okay if the Democrats had a truly engrossing opposition response. So what rising star would deliver their State of the Union rebuttal? What Adonis would be handpicked from the left’s formidable ranks to chart them towards their luminous future? Why it was none other than 72-year-old former Kentucky governor Steve Beshear. Not even the current Kentucky governor! He’s a Republican, of course. Why Cory Booker wasn’t up there I haven’t the slightest clue—maybe he knows the response slot is cursed and didn’t want to damage himself, or maybe he was too busy changing into a cape in a phone booth.

Beshear said some of the right things about Trump rolling back regulations on Wall Street, but again, it’s the optics that count, and the Democrats had already flunked that test. They currently control only 42 percent of the state legislative states, just 18 governorships, and minorities in both houses of Congress—and last night it really showed. 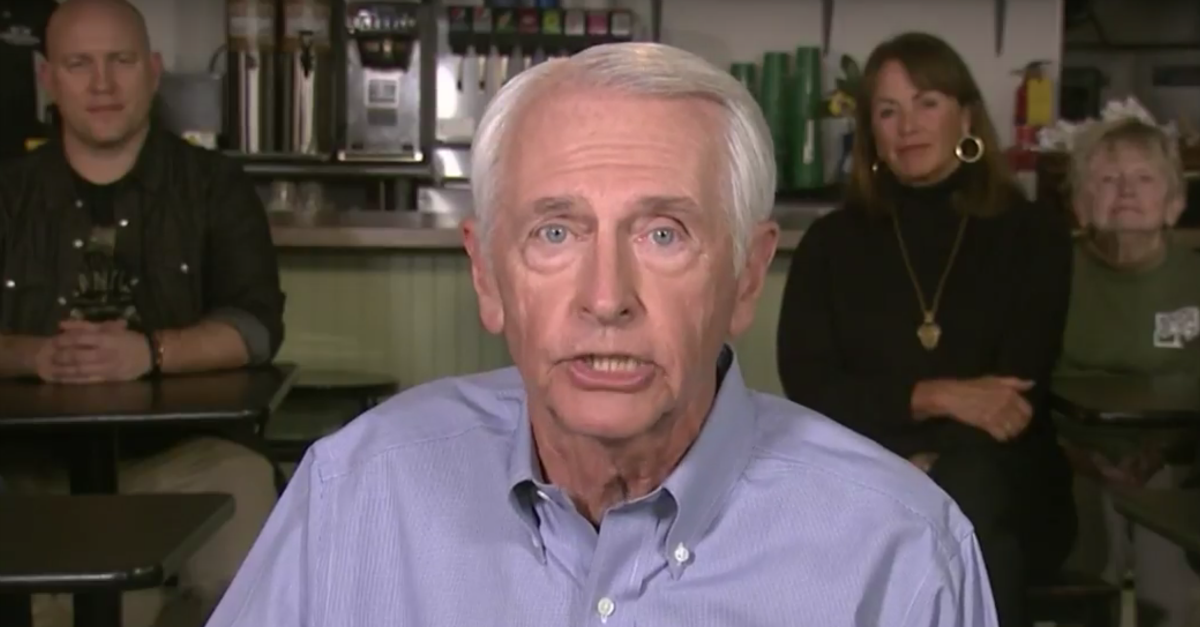