What exactly is Chuck Schumer thinking with this filibuster? 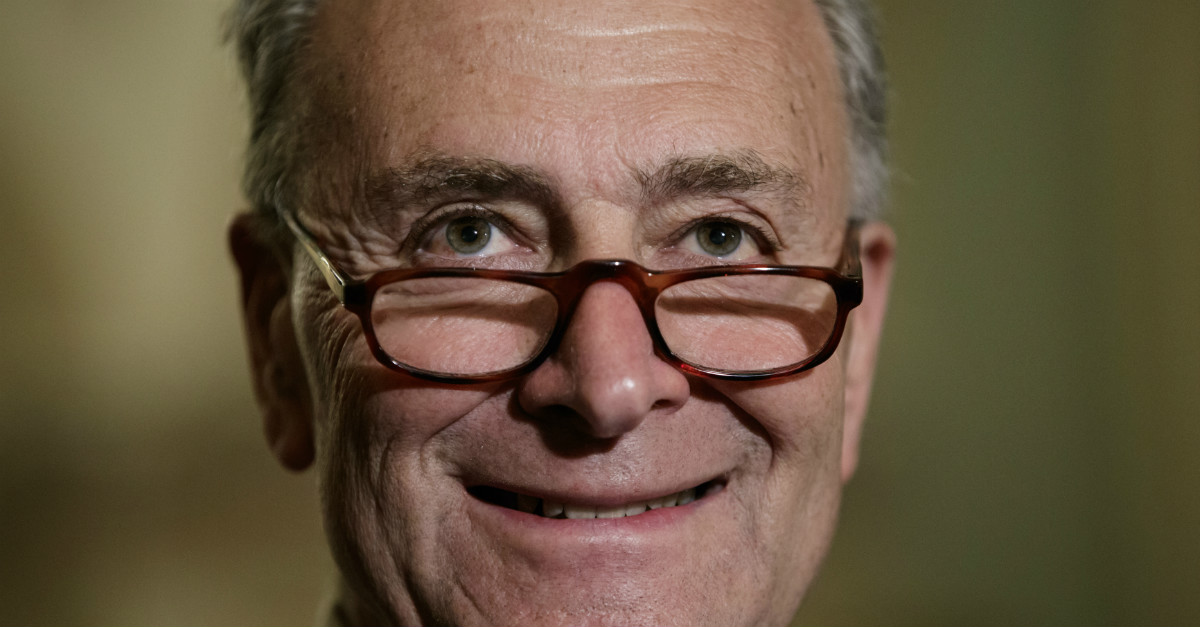 Look, maybe there’s some in-the-know explanation for why Senate Minority Leader Chuck Schumer has decided to filibuster Judge Neil Gorsuch’s Supreme Court nomination, but I have yet to stumble upon it. The best I can dredge up from my sources is that some sort of all-points bulletin has gone out from left-wing pro-choice groups to Democratic senators demanding that they link arms and step into the line of fire. But why would Schumer go through all this just to tap dance for his liberal base? Especially when the consequence will be the triggering of the so-called nuclear option and his loss of the filibuster for future Supreme Court nominees?

Remember, Democrats are the minority party, not just in the Senate, but the House, the governorships, the state legislatures, the German Bundestag, the Shady Lakes High School debate society — you name a place and Barack Obama found a way to hollow out his party there. Even the wall-to-wall coverage of Donald Trump’s scandals is unlikely to recapture a Senate majority for Democrats in 2018, given the Everest-like political topography they’ll face that year.

RELATED: The filibuster is worth protecting from Chuck Schumer

The entire point of the filibuster is to avail the minority, to ensure that their representatives are included in whatever consensus emerges. There are plenty of strong arguments for rolling back the filibuster at least on Supreme Court nominees — more on that some other time — but not if you’re Schumer, at the helm of what could be a perennial opposition party.

Yet that’s the prospect they now face, having reached the 41-vote threshold earlier today. Their filibuster will amount to nothing. Mitch McConnell has already said he’ll activate the nuclear option if a vote isn’t allowed, meaning Gorsuch will be confirmed anyway. Schumer and friends will come off as petty and unnecessarily ideological. Their attempts to rationalize their opposition — ‘Citizens United was Citizens Uniting very Citizens Unitedly’ — will stretch to ever-more comical proportions. The base will have accomplished zilch, not even ideological catharsis, as Republicans change the rules and confirm Gorsuch on party-line votes without a serious fight. The public, which wants Gorsuch in by a 17-point margin according to polls, will sigh in exasperation.

I’m all for getting shelled to smithereens on a political hill if it’s the right thing to do, but not if the long-term consequence is the loss of a procedural shield that could protect your party from the buffets of the majority. And for what? Preventing Republicans from breaking even on a Scalia-for-Gorsuch deal? Sure, the Democrats already killed the filibuster on most other judicial nominees, so the loss would be limited to just Supreme Court candidates. But what if the next time there’s a vacancy Donald Trump decides to put forward an even more originalist prospective justice? Republicans will be able to confirm him with only 50 (plus Mike Pence) votes, making it all the more likely that Democrats will be shut out of the process.

There has never been a purely partisan filibuster of a Supreme Court nominee in history. There has never been a flimsier foundation for holding up a presidential appointee. Chuck Schumer has long been regarded by Capitol Hill observers as a reptilian backroom dealer, but on this, his reputation as a tactician has been shattered.