As Nikki Haley rises, Rex Tillerson ends up competing for his own job 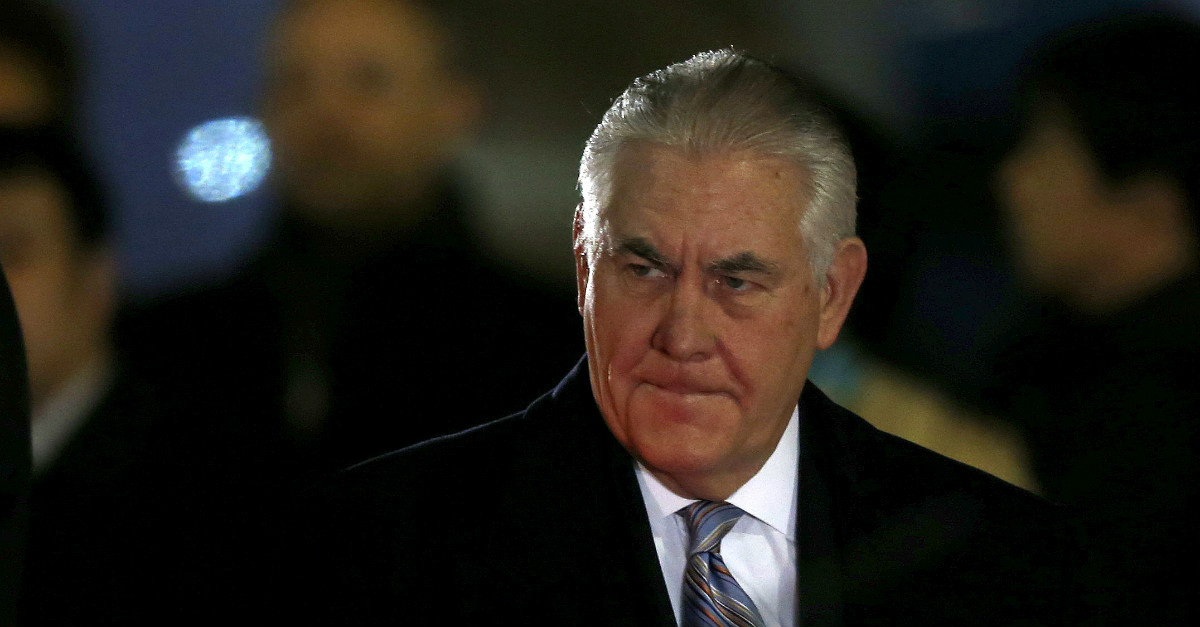 If you had a nickel for every column pontificating about Secretary of State Rex Tillerson?s future, you would have made your first million dollars months ago. The bad press and conniving leaks about Tillerson?s micromanagement style, his separation from the State Department?s foreign service officers, the cocoon he?s built around himself on the seventh floor and the hiring freeze that he?s put in place have rubbed many in Washington the wrong way.

Tillerson?s decision to lobby for President Trump?s State Department budget cuts instead of using his bureaucratic power to resist them has rankled members of both parties on Capitol Hill ? especially those responsible for writing the foreign aid bills. On Sept. 7, Republicans and Democrats on the Senate Appropriations Committee expressed their opposition to the Trump/Tillerson State Department budget in the most effective way they could: by passing a bill giving Foggy Bottom $10.6 billion more than the administration requested. And in case the White House didn’t get the message, the committee added a comment for the record: ?The administration?s apparent doctrine of retreat, which also includes distancing the United States from collective and multilateral dispute resolution frameworks, serves only to weaken America?s standing in the world.?

That was only the beginning of the nightmare for Tillerson. Even more damaging to his staying power is the dark cloud over the department that’s not only demoralizing the foreign service corps, but providing UN Ambassador Nikki Haley with more space to maneuver — possibly to take his job. Vanity Fair published a story last month conjuring up a musical chairs-like scenario in which Haley takes over for Tillerson and Dina Powell, currently current serving as deputy national security advisor for strategy, moves from the West Wing to take over for Haley at the United Nations. Tillerson would be on the outside looking in, enjoying an early retirement.

As far as we know, this arrangement is just speculation on the part of a Washington chattering class obsessed with Trump Administration palace intrigue. But you can’t blame them for speculating — to observe that there are differences between Tillerson and Haley is like noting that New York City is different from Des Moines.

Whereas the former oil executive seems to be struggling through his job — and didn’t want it the first place (?I didn’t want this job. I didn’t seek this job…My wife convinced me?) — Haley is making a name for herself internationally through her bombastic speeches at the U.N. Security Council. Tillerson isn’t a media person and largely stays away from rooms full of cameras, while Haley relishes the spotlight and appears to enjoy making the rounds on the Sunday morning television circuit.

It’s not just a question of style; Tillerson’s and Haley?s views of the world aren’t at all aligned. The former is a transactional businessman who gave a speech earlier this year arguing that U.S. foreign policy cannot be held hostage to American values. The latter behaves as if she is a member of the George W. Bush Administration, talking tough to dictators, stressing universal human rights, visiting with Syrian refugees and speaking about North Korea as if war is right around the corner.

Nikki Haley, in other words, makes Rex Tillerson look like a recluse.

RARE POV: It?s Rex Tillerson?s turn in the hot seat as Trump turns on him publicly

Tillerson, however, can break that stereotype this week. The U.N. General Assembly debate (UNGA) will give him a terrific opportunity to silence his critics and comfort his small core of supporters.

When John Kerry held the secretary of state job, he treated the General Assembly as one giant working session where big challenges could be addressed, new ground could be broken and global issues he cared about (climate change, the Iran nuclear deal, the civil war in Syria, multilateralism) could be elevated in the discourse. Tillerson can use the UNGA the same way. Indeed, he?s scheduled to meet with many foreign delegations and participate in many discussions outside of the main event. It?s a chance for him to make a name for himself and escape from the box he?s put himself in: that of a bean counter and paper pusher who?s more excited about bureaucratic reform than striking Nobel Peace Prize-winning deals.

The first step for Tillerson, though, is showing the boldness Haley has shown since the first day she entered the U.N.