A reporter from a prominent news outlet recently asked me something that seems worth repeating: Why is North Korea allowed to exist?

It really is a great question when you think about it. We have knocked off regimes—Afghanistan, Iraq, and Libya, for starters, and many more if we want to go back in history—that are guilty of far less cruelty than North Korea. Why not Operation Korean Freedom then?

The answer I ended up giving was: “Well, it’s not that simple I am afraid.” A much longer explanation followed that went something like this.

Step back for a moment and consider all the horrible things that the so-called “hermit kingdom” has brought into the world.

The Kim family, the mob-style rulers of North Korea, have since the 1950s created a cult-like society with now Kim Jong-un ruling as a god—a rather portly god but a god nonetheless.

Kim rules with an iron-fist, killing anyone who stands in his way, using the vilest instruments to achieve his objectives, like chemical weapons, which were employed to assassinate his half-brother just recently.

He starves and brainwashes his own people. He operates prison camps that look transplanted from the worst days of the Nazis and, as one defector confirmed back in 2016, are actually worse than Auschwitz.

But no one dares utter the words “regime change” in Washington’s halls of power because of three letters that make any military commander pause: WMD (weapons of mass destruction).

Despite having an economy smaller than Ethiopia’s, Pyongyang has developed the tools to deter any military attack. God Kim has built a massive military machine armed with chemical, biological, and nuclear weapons, and with over 1,000 missiles, he can deliver them to South Korea, Japan, and, very soon, the United States homeland.

President Trump won’t be getting on his aircraft carrier of choice and declaring “mission accomplished” anytime soon, I am afraid.

So what should Team Trump do about North Korea? While a policy review is underway, one has to appreciate what he’s already done—namely, say very little but act boldly.

First, right after the election, a call was set up between himself and the now-impeached South Korean president Park Geun-hye. The goal was simple: reassure Seoul that the rhetoric of the campaign was simply that, and that the U.S.-ROK alliance was strong and would remain strong.

Next, Trump dispatched his new secretary of defense James Mattis to the Asia-Pacific, with a high-profile stop in South Korea. The goal there was also simple: again, to reassure South Korea that we will be their ally in good times and bad, and that our alliance will never waiver.

Korean officials I spoke with after the visit were impressed at how Mattis behaved. As one top official put it, “Mattis made a point to listen to all of our concerns on North Korea, he made us feel we had a real partner—especially if a crisis ever occurred.”

And the timing could not have been any better. With North Korea having recently tested a multi-missile barrage, and some experts, including myself, theorizing that Pyongyang wants to launch “swarming” missiles in salvos that could overwhelm allied missile defenses, tensions on the peninsula are rising fast.

But the Trump administration made sure to back up its words with deeds. Washington quickly deployed a THAAD missile defense system months ahead of schedule to South Korea. And now, with Secretary of State Rex Tillerson also set to depart for Northeast Asia this week, when it comes to foreign policy, “Asia first” might be the Trump administration’s new motto.

Now comes the hard part. Team Trump will need to formulate a concrete set of policies to ensure Pyongyang can’t continue to destabilize Northeast Asia any more than it has already done. The best approach would be a combination of diplomatic, economic, and defensive moves, reinforcing key allies but also holding out the possibility, however remote, of some sort of negotiation.

For example, the Trump administration could seek backdoor conversations with Kim’s representatives to see if there is any room for talks towards lessening tensions. At the same time, Washington could seek new sanctions on any firms that are evading existing economic prohibitions on North Korea—think Chinese companies that make millions on illegal North Korean trade. Trump could also work with Japan to enhance that country’s missile defenses by sending a THAAD battery or two Tokyo’s way.

A little speaking softly and carrying a big stick—or, in Donald Trump’s case, tweeting little and deploying some missiles—can go a long way. More of this please. 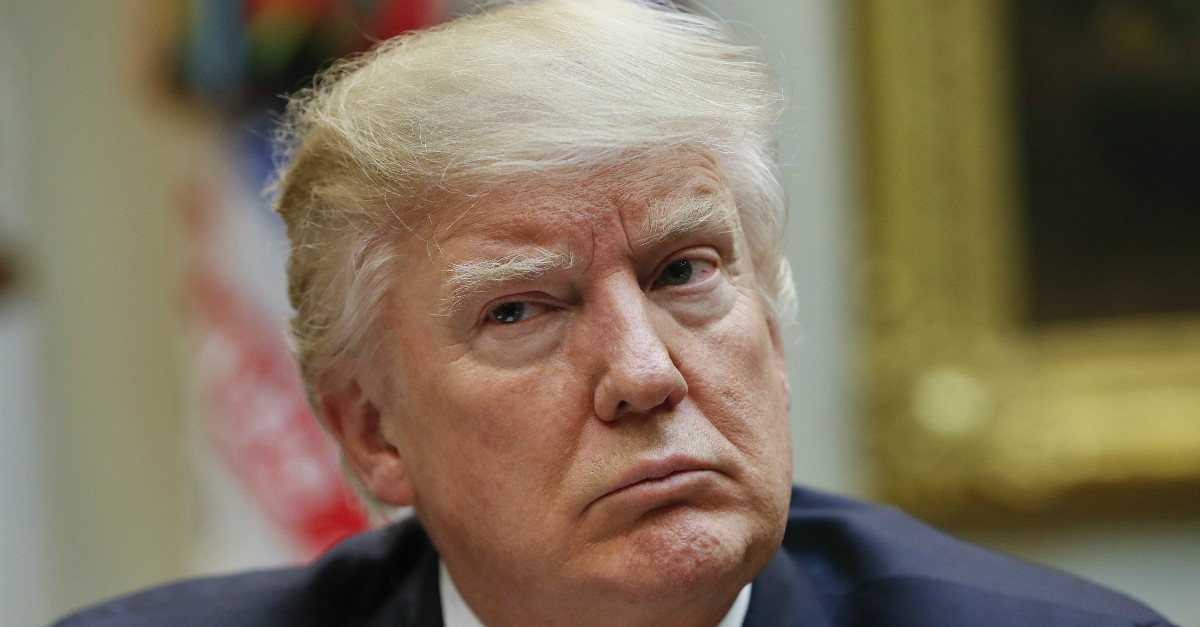