Menu
Follow us
Search
Menu
Search
A Chinese paramilitary policeman stands on duty on Tiananmen Square before delegates arrive for the opening session of the Chinese People's Political Consultative Conference in Beijing's Great Hall of the People, Tuesday, March 3, 2015. The more than 2,000 members of China's top legislative advisory body convened their annual meeting Tuesday, kicking off a political high season that will continue with the opening of the national congress later in the week. (AP Photo/Mark Schiefelbein)

One of the hardest parts about doing real foreign policy work in Washington is avoiding what I call the “pundit trap.”

You see, being one of the lucky — or unlucky, depending on how you look at it — people who get to go on TV and talk about America’s national security problems is that I’m constantly exposed to other people’s viewpoints. That means most of the time we tend to reflect each other’s ideas — and we don’t even realize we’re doing it.

Yesterday was a perfect example. The foreign policy elite got loaded up with free coffee and doughnuts at the green rooms of Fox News, CNN and MSNBC, and prepared to dissect President Trump’s latest threat at the UN to “destroy” North Korea if it attacked the United States or any of our allies. Some of my fellow pundit colleagues loved the remark, some hated it.

As for me, the remark gave me one giant headache, for a few reasons.

While Trump’s “destroy” comment isn’t exactly new — President Obama hinted America could strike back hard in self-defense years ago — it does raise many questions. For example, if Kim Jong-un were to attack with conventional weapons, does that mean we would launch a nuclear strike — the only way to really “destroy” a country? Or does it mean we would invade, another possible pathway to destruction? What if North Korea launched a nuclear attack? Would we target all of its military bases and cities with nuclear weapons in response?

The wording, which was purposely vague I suppose, was also used Sunday by Nikki Haley on CNN, meaning was likely a coordinated strategy. My guess is that Team Trump is trying to keep Kim off balance, make him wonder what we will do if he escalates. Or maybe it was just another Trumpism — an exaggeration from a man whose prior world was reality-TV boardrooms, applying language he feels works for him, making the national security establishment in Washington cringe and run for the comfort and clarity of their grad-school international relations textbooks.

I needed to get a fresh perspective. I wanted to know what others thought outside the Beltway, especially what senior minds in the capitol of North Korea’s only ally, Beijing, were thinking. So I sought the insights of a long-since retired Chinese senior military official who has his finger on the pulse not only in China, but throughout the world.

And he kind of freaked me out.

“I had to listen to the speech three times to make sure my translation wasn’t off — but I was horrified,” the former official explained. “That is the makings of not only a war between Kim and Trump, but America and China.”

He went on, and in great detail:

You see, you Americans don’t understand a simple fact—we are more afraid of North Korea than you will ever be. You have the Pacific Ocean to protect you. Sure, Kim is getting nukes, but how many could he really send your way? If we push North Korea hard like you want and we collapse the regime we deal with all the blow back. And that blowback could put America and China on a dangerous path to conflict.

He argued that if Trump did launch a military strike on North Korea in response to a kinetic action by Kim, China might not get involved right away. However, if U.S. forces invaded North Korea later on, that would draw a very different Chinese response:

Do you really think [shouting now] that we will let you just conduct regime change in North Korea and we won’t have a say? If your troops went into North Korea, ours would follow. We would want to shape the direction of that nation. We aren’t going to let Seoul just take over the peninsula and create some superstate powered by cheap North Korean labor to dominate Northeast Asia in a decade. We would ensure that we have a seat at the table, but also make sure Kim’s nuclear or chemical weapons aren’t used against us.

RARE POV: Why the North Korea crisis is way worse than you think

He made this point clear: “It’s never, ever, a good idea to have two powerful nations like America and China place troops so close to each other — especially in a combat zone. That is how wars start. If a land war happens in North Korea, I expect Washington and Beijing to exchange blows — history tells us this is so.”

Now, to be fair, my Chinese colleague is a hawk when it comes to matters of foreign policy. In fact, I call him a “Chinese neocon”– a badge he says he “wears with honor.” Still, his point is valid. If Washington and Pyongyang do find themselves in a shooting war, it is highly unlikely to stay a two-player affair for long. All the more reason Washington must continue to pursue all other policy options short of military conflict. North Korea remains a Pandora’s Box, armed with a nuclear fuse. 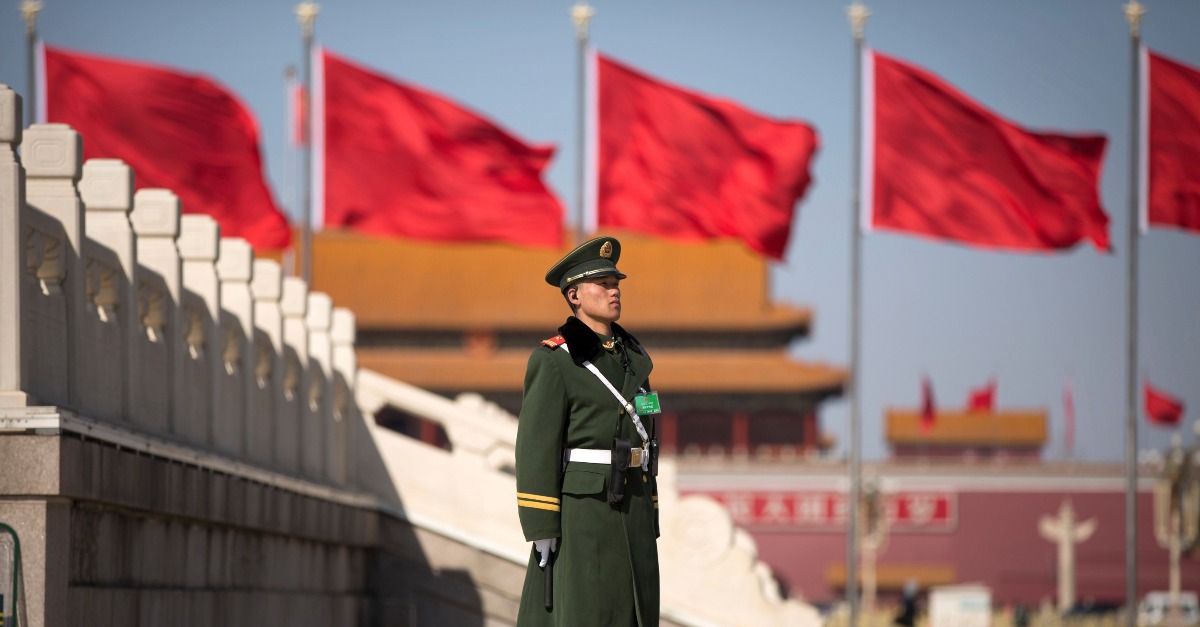