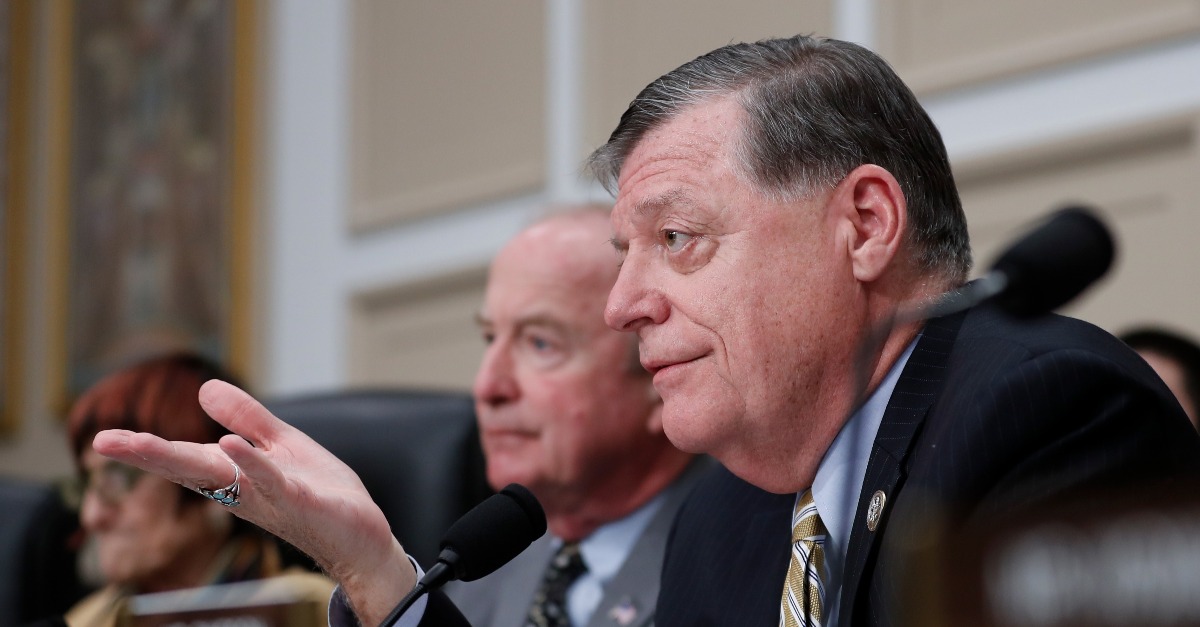 Since the aftermath of the September 11, 2001 terrorist attacks, the United States has been on a permanent war footing. The nation has initiated combat operations from Afghanistan to Libya based on a single Authorization for Use of Military Force (AUMF) that was passed after 9/11.

However, that may be changing thanks to the only member of Congress who voted against the original authorization. Representative Barbara Lee offered an amendment to the latest defense appropriations bill that would sunset the post-9/11 AUMF.

Lee believes that Congress has given up too much of its war-making authority. “I know that while we may not share a common position on the replacement of the [2001 bill authorizing the invasion of Afghanistan], but many of us do agree that it’s overly broad and this authority is a major and concerning deterioration, really, of congressional oversight and war-making authority,” she said, according to the Washington Examiner.

She was joined in support by leading Republican Congressman Tom Cole. The debate, however, really turned when two Republican military veterans spoke in favor of a new authorization.

RELATED: Rand Paul is trying to get Congress to declare war on ISIS, and the Senate couldn’t care less

“As I listen to you, I feel like my world is rocked because I see these two [Lee and Cole], who have very different opinions, and yet I agree with you,” said Congressman Chris Stewart, a former Air Force pilot. “[Members of the military] notice that Congress doesn’t have the courage to have this debate. I support the intent of the amendment, I hope Congress will have the courage to have this debate.”

Former Navy SEAL Scott Taylor echoed Stewart’s comments and threw his support behind Lee’s resolution. The backing of the Republican veterans was enough to bring along Democrats, who had planned to vote against Lee’s resolution along with leading Republicans. In the end, Lee’s measure passed on a voice vote with no opposition.

Hopefully, this is the first step towards Congress taking back its power to wage war. For far too long, presidents have used the vague 2001 AUMF as a blank check for virtually unlimited war-making authority. The resulting “drone wars,” among others, have led to the deaths of thousands of innocent people and proven to be unpopular globally.

In addition, the war against the Islamic State has been very costly for civilians on the ground. The U.N. estimates that hundreds have been killed by American bombs in Syria.

RELATED: Here’s why Obama’s new AUMF is a recipe for never-ending war

We need to have a debate over whether it is a good idea to remain engaged in these sorts of conflicts. In addition, we need to weigh whether our actions will breed more terrorism in the long-run. We also need to stop granting presidents the ability to take us into war without debate.

It is good that Congress has begun the process of taking back its war powers. Now they need to take the next step and have a real debate over war against the Islamic State.