Despite the collusion narrative, relations with Russia have gotten worse under Donald Trump 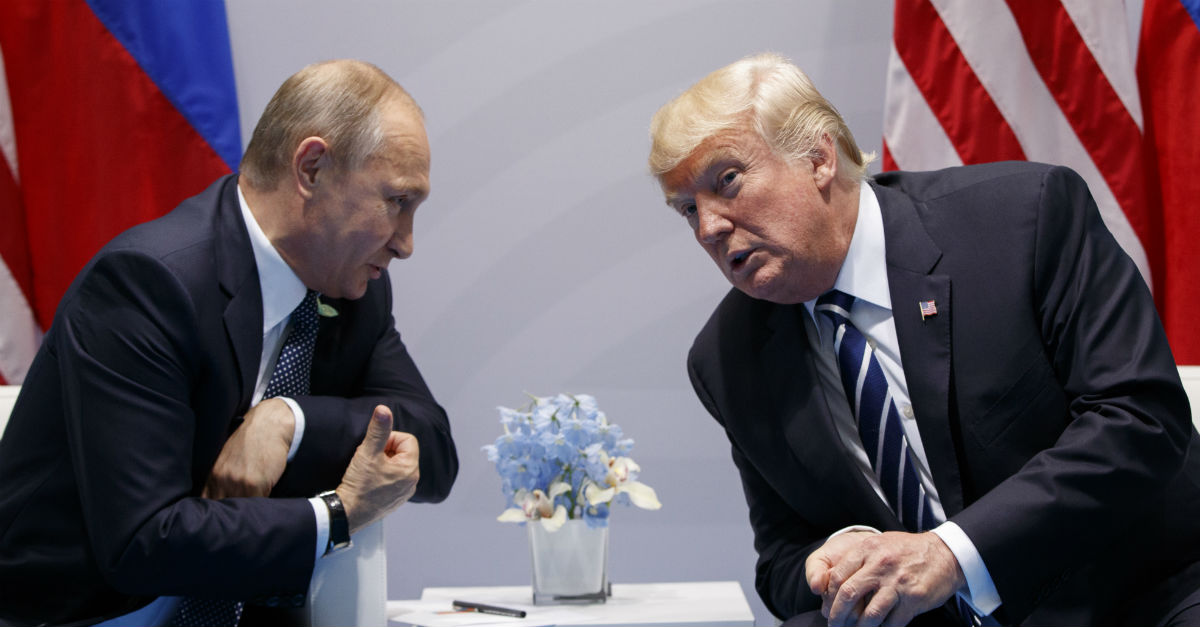 This past April, during one of his freewheeling White House press conferences, President Donald Trump conceded that his hope for a more constructive U.S. relationship with Russia likely wasn’t going to happen during his first year in office.

?We?re not getting along with Russia at all,? Trump told reporters, before commenting that ?we may be at an all-time low? in American-Russian relations. It was an obvious statement for Trump to deliver at the time, but it also served as an acknowledgment that his bromance with Vladimir Putin was not spreading across the other U.S. government departments. There were simply too many issues on which Washington and Moscow were in virulent disagreement.

Trump, however, was premature with his ?all time low? assessment. Relations between the U.S. and Russia have only gotten worse since. The administration?s decision yesterday to evict Russian diplomats and personnel from three buildings in San Francisco, Washington and New York is the most recent move in a cycle of tit-for-tat in which the Russian Foreign Ministry and the U.S. State Department have been embroiled since the last month of the Obama Administration. While the State Department expressed its intention to ?arrest the downward spiral in our relationship? in its statement announcing the facility closures, the White House is living in a dreamland if they honestly believe Moscow won’t have a negative response to this development.

RARE POV: The media is going crazy over Robert Mueller?s grand jury, but it?s not a big deal at all

The question many of us have been asking is when this downward spiral will stop. At what point do U.S. and Russian officials finally acknowledge that a further deterioration of the relationship is no longer in both countries? interests? When will the impounding of diplomatic buildings and the deportation of diplomats end?

Perhaps if those questions were exclusively in the domain of diplomats, the answer would be ?as soon as possible.? To state the obvious, diplomats love to be diplomatic; typically when nations are tussling over issues that seem irreconcilable, there are still conversations going on between lower-ranking officials.

The U.S. and the Soviet Union were locked in an ideological struggle for five decades, arming and bankrolling proxies around the world to give one another black eyes. But through it all, the Americans and Soviets doing the day-to-day work at the technical level were still talking. Through thick and thin ? the Cuban Missile Crisis, Vietnam, the Soviet invasion of Afghanistan, the strategic arms buildup in Europe ? dialogue remained an instrumental tool for both Washington and Moscow to decrease miscalculations and keep one another apprised (within limits) when a dispute turned into a crisis.

RARE POV: Donald Trump is the sober leader when it comes to Russia, it?s John McCain who is dead wrong

U.S.-Russia relations are not as bad as U.S.-Soviet relations were during the Eisenhower and Kennedy years?shutting down consulates is preferable to pointing nuclear-armed ICBMs at each other?but they are still pretty terrible. And saving a working relationship gets harder with every diplomatic reprisal.

Continuing to punish the Russians is about as politically popular in Washington as hamburgers on Labor Day. But what is good politics in the moment can also be shortsighted policy. The only way to escape this whirlpool is for Trump and Putin to both buck the politics. That?s what real statesmen do.