Donald Trump is right to criticize NATO, but he shouldn’t try to dismantle it 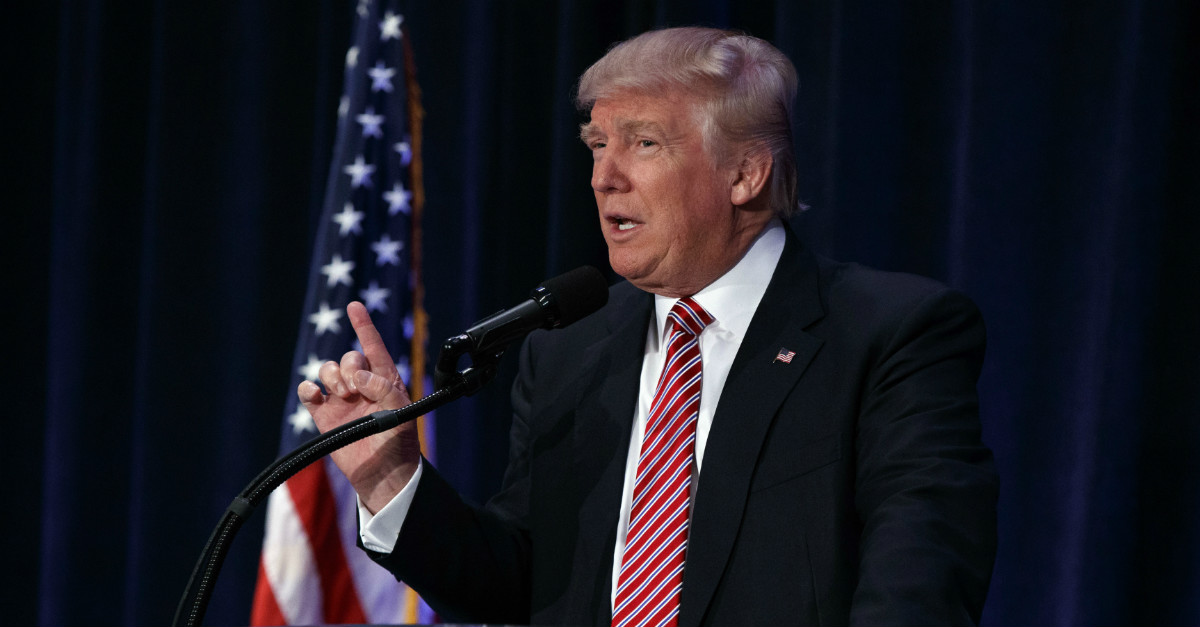 Donald Trump has thrown another cannonball into the geopolitical swimming pool. Interviewed by the German newspaper Bild and the British Times of London, Trump affirmed his previous comment that NATO is “obsolete because it wasn?t taking care of terror.”

“A lot of these countries aren?t paying what they?re supposed to be paying, which I think is very unfair to the United States,” Trump continued. “With that being said, NATO is very important to me.”

That last bit was omitted by many journalists, who only reported on the “obsolete” remark and then began clawing at their shirts and wailing that Trump was hell-bent on dismantling the West. To too many elites, particularly in Europe, NATO is the Catholic Church for our global age, a holy and infallible institution whose imperatives assume the level of dogma. It shouldn’t be, and Trump’s criticism should be taken as constructive rather than a portent of doom.

Lost amidst all the histrionics was the fact that Trump is essentially correct. Major NATO powers like France, Germany, and Canada don’t come anywhere close to spending 2 percent of their GDPs on defense, as required by the alliance’s charter. Meanwhile, the United States, despite its supposedly austere sequester, spent more than double on its military in 2015 than the rest of the organization’s 27 members combined. NATO itself has admitted that this “over-reliance” is a problem, so why is Trump being torched for saying the same?

RELATED: NATO is trying to add yet another member. It?s time for Congress to say no

America’s lopsided funding of NATO also translates onto the battlefield. President Obama was reticent to follow France and Britain into the disastrous campaign to overthrow Moammar Gaddafi in Libya, but after he did, we ended up deploying the lion’s share of resources. Ditto in Syria and Iraq, where the fight against the Islamic State has been waged primarily by the United States as Europe lags and our Arab allies skedaddle to Yemen.

The result has been that America fights the West’s wars and provides its security guarantees, leaving the Europeans free to sink however much they like into their lumbering welfare states. They’re “free riders,” as President Obama put it last year (critiquing European defense was hardly untrodden ground until Trump came along), and given that the United States’ own welfare entitlements are bleeding, we here in the Great Satan are getting a little weary of bankrolling Europe’s stagnation, thank you very much. Great Britain, whose mighty ships once patrolled the seas, hasn’t had a single aircraft carrier active since 2014. Germany, recoiling at the thuds of jackboots in its past, is only now starting to build up its military after decades of decay. NATO cannot be strong if Europe’s two pillars are so weak.

So Trump is correct to assail NATO for its obsolescence. But I also hope that he’ll recognize the indispensable role that the flawed alliance has played in maintaining the West’s security?that he means it when he says NATO is “very important” to him. There are two reasons the West has remained relatively stable since the Second World War. The first is free trade?Nation X is much less likely to go to war with Nation Y if he knows it will severely undermine his economy. And the second is NATO, whose goal of common defense guarantees that threats are warded off?you mess with Poland, you’re messing with the United States, see. It’s recipe for collective peace rather than collective conflict.

I agree that NATO has become too unwieldy, that at least its fifth enlargement, which ushered in several former Soviet republics and left it abutting Russia, was a mistake. I also agree that its members have become too belligerent in the modern age, especially toward Moscow. But that’s no reason to discount the alliance’s benefits. The only nation in history to activate NATO’s famed Article 5, which calls its other members to arms, was the United States after 9/11, and our allies responded. President Trump should critique NATO, he should reform NATO, but he shouldn’t even think about scrapping it.