Donald Trump, shattered Syria and the cult of “do something” 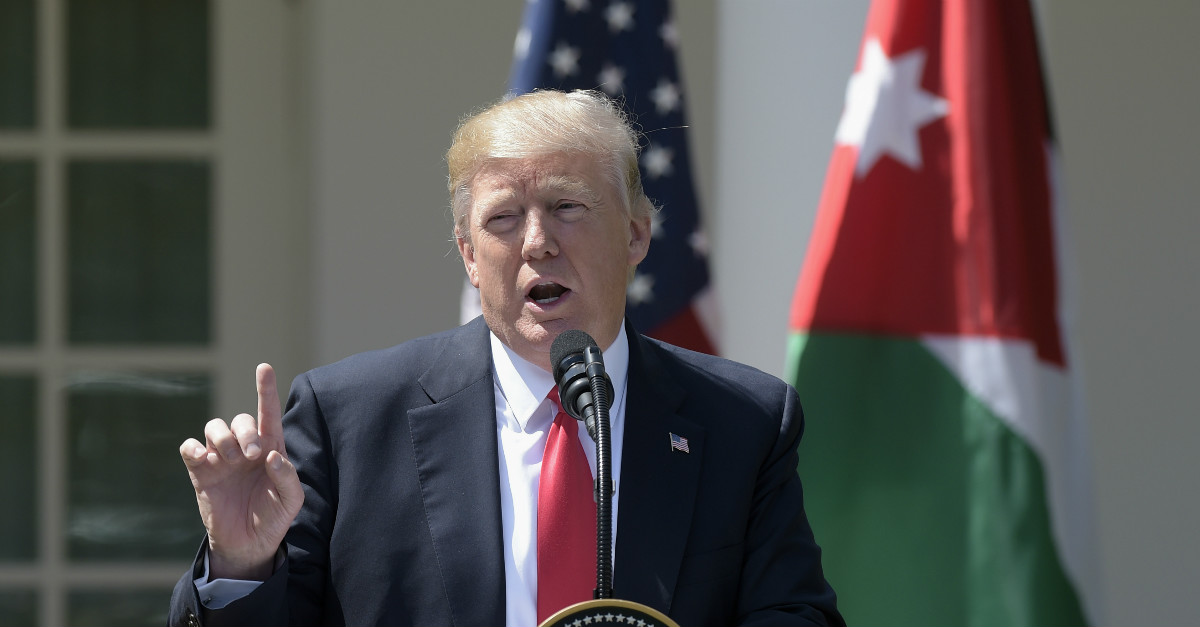 AP Photo/Susan Walsh
President Donald Trump talks about the attack in Syria during a news conference with Jordan's King Abdullah II, Wednesday, April 5, 2017, in the Rose Garden of the White House in Washington. (AP Photo/Susan Walsh)

Donald Trump has been moved to fury by Syrian dictator Bashar al-Assad’s recent chemical attack on his people. Speaking at a press conference on Wednesday, his voice uncharacteristically somber, the president declared, “my attitude toward Syria and Assad has changed very much.” The President added that the use of chemical weapons is an “affront to humanity.”

It unquestionably was and it’s easy to understand why Trump, a highly reactive thinker, was so agitated. Those videos of toddlers lying dead and grown men retching are horrific to watch. “I now have responsibility,” Trump said, perhaps a rueful reference to Secretary of State Rex Tillerson’s implication last week that Assad could stay in power, which many believe the autocrat took as a green light.

But what does that responsibility entail? Trump is already deploying hundreds more troops to northern Syria to battle ISIS there. If he now decides to take on a second comer, the Assad regime, he needs to proceed with caution. Great peril lurks beneath the Syrian sands, though you wouldn’t know it from this week’s cavalier news coverage.

Over on cable, the cult of “do something” has returned, thunderously denouncing Bashar al-Assad and demanding that the president take action?and then the segment ends before the details can be fleshed out. If the United States learned anything from Iraq, it’s that starry-eyed panegyrics to democracy without long-term plans for stability portend disaster. The specifics of that “something” need to be filled in, but with what?

RELATED: Nikki Haley stares Russia down while criticizing its role in the deadly Syrian gas attack

There’s the idea of “safe zones,” areas of Syria that could be cordoned off by the United States for civilian refuge and aid. Safe zones have become a sort of point-and-click panacea for foreign policy thinkers?shazaam, humanitarian solution!?but the reality is far less facile. A massive troop commitment would be needed to keep the safe zone truly safe. Huge resources would be required so the place didn’t deteriorate. The Russians would have to be brought aboard. Any safe zone would also become an irresistible target for the Syrian north’s myriad jihadists, keen to turn their weapons on the American infidel and pull us deeper into war.

Others have suggested that the United States might ground Assad’s jets. But even if we somehow pulled that off, Vladimir Putin’s air force would quickly make up the difference, and surely we’re not about to start shooting down Russian planes?Syria is not worth risking World War III.

Still others propose that we pressure Assad through Russia to abandon his chemical weapons stores. We already tried that in 2013, assenting to a deal enacted through Moscow that supposedly removed Assad’s weapons of mass destruction, and it’s been proven a sham several times over. Diplomacy in Syria is worth our time, but in the past even baby steps have proven abortive, as a labyrinthine war rages and Russia proves itself an unreliable partner.

Back in 2002, then-secretary of state Colin Powell sounded what turned out to be a prophetic warning: Iraq, he said, was “like a crystal glass,” and if you invaded, “it’s going to shatter.” Today, the jagged shards of the Middle East have exploded across Syria?Assadists and rebels and ISIS and Kurds and Iranians and Turks and Hezbollah, with each pursuing its own divergent ends. Trump now sounds like he might walk the United States across this field of strewn debris. Iraq should serve as a warning that we’re ill-equipped to put such pieces back together again and often our attempts to do so only increase the violence.

RELATED: Media shouts at Trump to ?take action? on Syria, but there still isn?t much he can do

So what will become of Syria? Slight comfort can be derived from one of its neighbors, Lebanon, which from 1975 to 1990 suffered through a civil war that killed a greater proportion of its people than have died in Syria. The United States was mostly uninvolved?Ronald Reagan famously withdrew American Marines from Beirut in 1984?yet today, Lebanon boasts one of the few relatively functional democracies in the Middle East.

What happened? The Lebanese eventually fought themselves to exhaustion and set about constructing a government that acknowledged their wartime divisions, with the presidency reserved for a Christian, the speakership for a Shia, and the prime ministership for a Sunni. This heartening success was achieved by the Lebanese themselves and likewise must Syria’s querulous factions take charge of their country, abandoning delusions of victory and breaking the fever of Islamic radicalism.

As for the United States, “doing something” means diplomacy and pressure to ensure we don’t make an awful situation worse. But ultimately, only the Syrians can reassemble Syria.