One of the more seductive promises Donald Trump made during his presidential campaign was to keep America out of unnecessary foreign wars.

It was a claim that didn’t stress-test very well. Presidential temperaments tend to matter more than fleeting campaign pledges, and Trump’s irascible impulsiveness isn’t exactly conducive to peacemaking. Those who voted for Trump hoping he’d draw the curtain on the neoconservatives’ disastrous overseas nation-building had to know they were taking a gamble.

Two months in, I suppose they can crow that Trump has yet to start a new war, though that’s hardly an accomplishment given how widely spread our combat troops already are. But taking stock, our foreign policy is overall more dangerous today than it was three months ago. Trump has turned the United States into a brawling barfly, staggering and blustering, throwing verbal punches all around the world.

The Middle East was a bee under Trump’s bonnet for much of the presidential campaign, as he grumbled about the Iraq war and lambasted the Obama administration for arming jihadist-linked rebels in Syria — rightly so, on both counts. Yet here comes Secretary of Defense James Mattis with a plan for more “special operators” (read: “ground troops”) in Syria to fight ISIS, as well as more helicopters, more artillery, and more weapons for the Kurds, the latter of which will inflame Turkey, a country we need in our corner. Trump, meanwhile, is still threatening to “do safe zones in Syria,” a reckless idea that would necessitate a vast deployment and risk a war with Russia.

Iran is fighting ISIS, too, in both Iraq and Syria, which has even resulted in some informal collaboration between Washington and Tehran. Yet Trump has chosen to menace Iran, putting it “on notice” and warning that “there’s a new president in town.” The nuclear deal negotiated by President Obama, which has been instrumental in boosting Iranian moderates and foiling Islamists, is under fresh threat from Washington, leaving Iran’s reformist president Hassan Rouhani stranded in a void of uncertainty as this year’s elections inch ever closer and the extremists sense an opportunity.

Trump has also amped up President Obama’s worst war, the one in Yemen. America’s allies there are battling a Houthi rebel insurgency, which is battling al-Qaeda, which the United States is also battling. Trump’s main contribution to this illogical mess has been a reckless raid whose failure the president was last seen blaming on his generals.

There’s very little strategy here — just a chaotic series of scattershot blasts at everyone the president happens to be demonizing followed by a neurotic blame game when something goes wrong. The best demonstration of this is Trump’s travel ban, which covered ISIS-free Iran but left out terrorist bedlams like Afghanistan and Pakistan. Even in symbolism, the Trump administration keels over.

Elsewhere, Trump continues to provoke China, taking a phone call from the Taiwanese prime minister and nominating Beijing-bashing trade advisors. And even Russia, once singled out as a potential new friend, has been under pressure since Inauguration Day, with the president continuing the deployment of troops to Eastern Europe, tweeting that President Obama was too soft on Putin’s annexation of Crimea, and countenancing a blistering anti-Russia speech by Nikki Haley at the United Nations.

Taken alone, some of these actions would be wrongheaded, but they might still be part of something whole and workable. Considered in the aggregate, they suggest a president who’s intemperately lashing out, unmoored from a greater plan, liable at best to flummox other countries and at worst to provoke conflicts with them.

To use another example, Trump is absolutely correct to critique the free-riding European Union. But his chaotic approach and lack of assurances in other areas have left the EU wondering — seriously — whether it should build its own nuclear deterrent. That would be a nightmare scenario — Oceania as rendered by Orwell — set in motion because the Europeans feel Trump is no longer a reliable partner. As do so many others: among our allies, only Britain and Japan seem on steady ground with the White House.

What Trump needs is a coherent and cautious strategy for stability and not war, one that nudges our allies without abandoning them, one that doesn’t go charging after every slight provocation. He’s got some good ideas; now he needs to check his worst instincts and start listening to the right people. 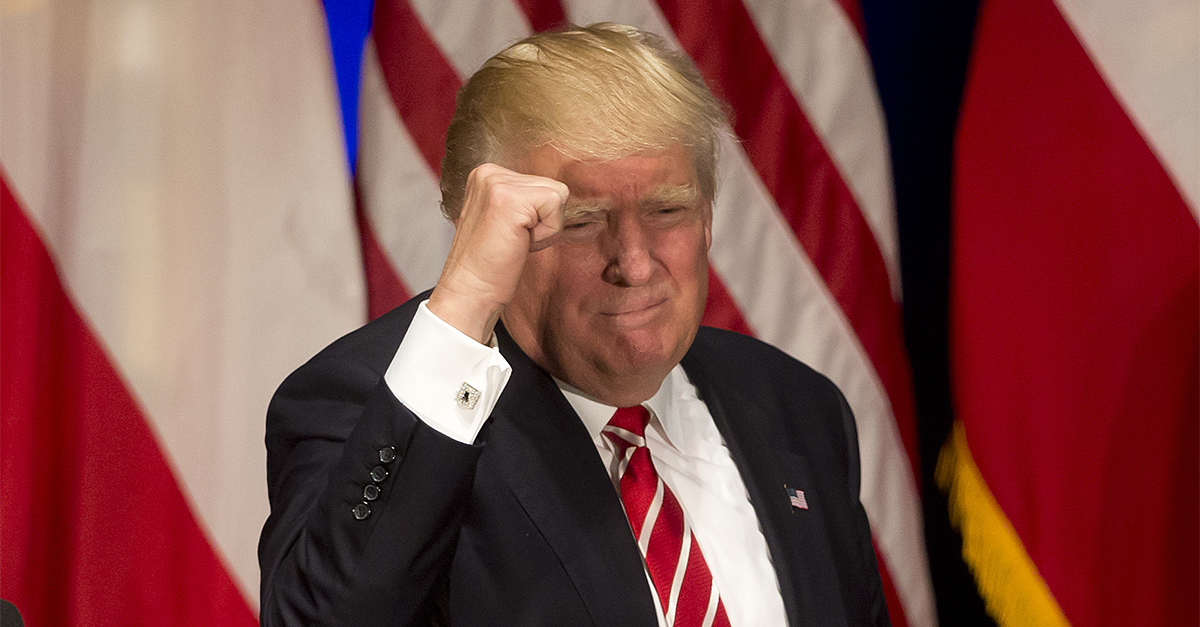