Donald Trump’s tightened restrictions on Cuba are idiotic and unpopular 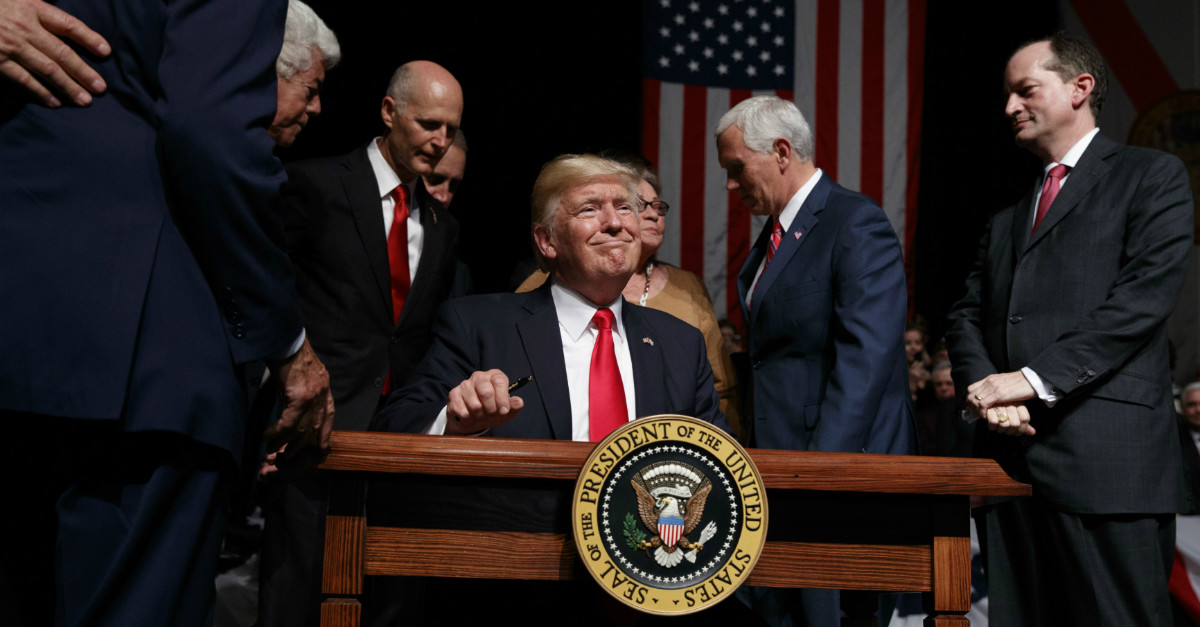 You have to hand it to Donald Trump: he’s done a great job of taking nearly every unpopular policy position available to him. First up, his health care plan has only 20 percent approval — with not a single state registering majority support — according to a recent poll.

He kicked off his administration with a travel ban on seven Muslim countries, which has also proven to be unpopular. The associated refugee pause doesn’t have broad support.

And finally, his signature campaign promise of building a wall on the Mexican border has proven to be, you guessed it, unpopular. Sixty-two percent of all Americans oppose a border wall with Mexico.

CNN reports on the details of Trump’s changes:

Diplomatic relations between the United States and Cuba will remain open, as will the newly opened embassies in Washington and Havana. And there will be no further restrictions on the types of goods that Americans can take out of Cuba, including the country’s popular rum and cigars.

Trump said he is keeping the embassy open “in the hope that our countries can forge a much stronger and better path.”

The changes do, however, tighten restrictions on Cuba and ratchet up rhetoric on the Castro regime in hopes that it will lead to a transition of power on the island.

The modifications are expected to restrict travel to the island. While tourist travel to Cuba technically remains illegal, the Obama administration has allowed more “people to people” visits to the island.

Among those to be impacted by the new restrictions are President Trump’s rival hotel chains. Starwood Hotels and Resorts just debuted its first hotel in Cuba, which is also the first American-managed hotel on the island in 60 years. Of course, President Trump would never make policy that he would benefit from…right?

Trump’s Cuba changes keep with his theme of embracing every unpopular policy position he can find. Sixty-five percent of all Americans support ending the Cuban embargo, including 64 percent of Republicans, according to a recent poll.

Cuba hardliners are expected to praise the changes. They believe the Obama administration’s outreach has only strengthened the Cuban government.

RELATED: Believe it or not, Cuba is making moves to open up its economy

There is evidence, however, that the Cuban people are benefiting from the expanded ties with the United States. Some Cuban entrepreneurs have been making a living driving American tourists and travelers around the island. Some Cubans have even been renting their homes on Airbnb.

Instead of tightening travel restrictions, the United States should be loosening them. The isolation of the past 60 years has enabled, not damaged, the communist government there. The best way to expand the Cuban people’s taste of freedom is for them to come into contact with Americans, their ideas and their commerce.

It’s time for a new approach. Let’s try freedom and openness instead of isolationism.