Donald Trump’s UN speech: The good, the bad and the ugly 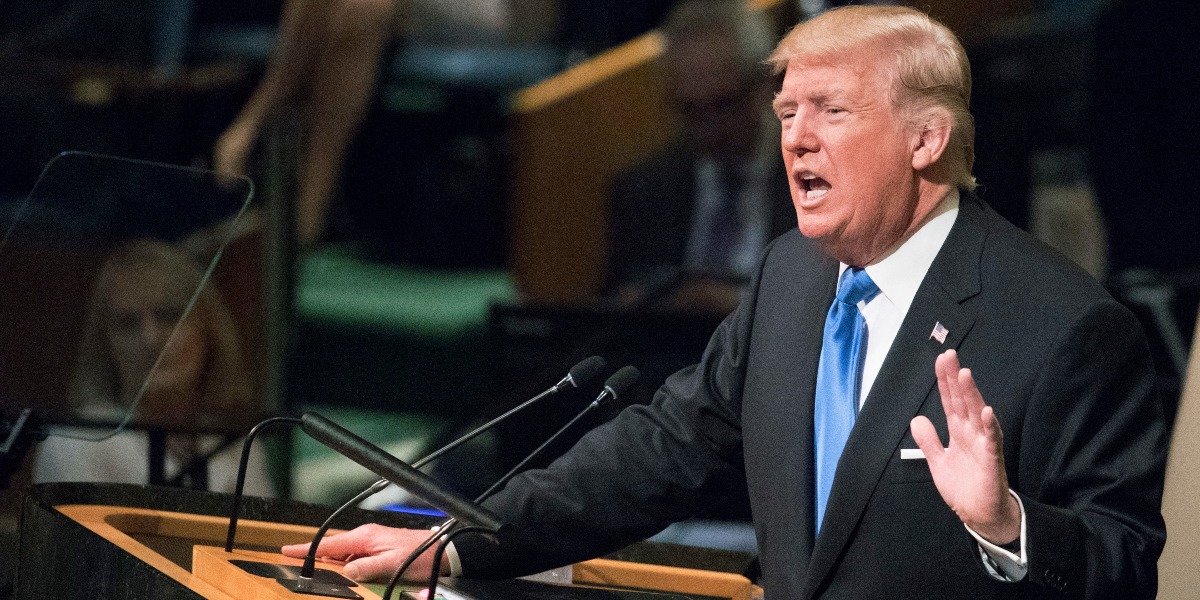 The annual debate of the United Nations General Assembly proceeds every year without a hitch, like clockwork.  The schedule is made months in advance, as are the topics for the ministerial committee meetings. The most exciting part of the program are the days when the presidents, kings, and prime ministers deliver their speeches to the hundreds of diplomats and heads of state in the audience. But even these remarks aren’t very thrilling; if people in the audience who are wearing the ear pieces aren’t dozing off or snoozing, they will likely hear the common themes of eliminating poverty, fighting injustice in the world, and caring for the less fortunate.

President Trump isn’t one for custom. Being politic and diplomatic isn’t his thing; he wanted to make a splash with his first General Assembly address. Judging by the initial headlines, he succeeded with flying colors.

RARE POV: Was Trump right all along about being wiretapped?

The foreign policy and political establishments have kept their sanity over the last eight months by keeping their expectations for Trump as low as possible. If he reads what?s on the teleprompter and stays away from the improvisation that he loves, it’s considered a good day. So, in that vein, here is the good, bad, and ugly of Trump?s first major address at the UN.

The Good
There were a couple of references in the speech about the UN being a bloated, slow-moving, cumbersome bureaucratic machine (all of which, by the way, is true), but there was also a realization from the president that as frustrating as the UN can be, it?s still an organization that has value. Trump?s prodding of UN member states to ?solve our problems, to build our prosperity, to secure our futures, or we will be vulnerable to decay, domination, and defeat? was essentially a call for the UN as a whole to get moving again in a more promising direction. Individual states are, after all, the bedrock of the UN as an entity.  Without strong, sovereign, peace-loving states, the UN doesn’t have a chance to mediate disputes or keep the peace in places like South Sudan, the DRC, or the Golan Heights. It?s at least a step forward that the president spent as much time rooting for the UN?s success as he did highlighting its shortcomings.

The Bad
We shouldn’t have been surprised that Trump reserved a special section of his speech to kicking Iran?s leaders in the groin. His description of the Iranian government as ?murderous,? corrupt,? and ?rogue? was red meat for his base supporters and for the Republican Party. And fortunately for Trump, the words he chose to use are quite accurate; Tehran?s economy is dominated by a military establishment that tends to look out for itself, not for the interests of the Iranian people.

What was concerning weren’t his choice words for the mullahs, but rather his evisceration of the Joint Comprehensive Plan of Action, an agreement that the IAEA and America’s own intelligence community have continued to assess is preventing Iran from amassing the material needed to make a nuclear bomb. Trump talks about the nuclear deal as if it?s the opening minute of a bad horror movie, where we have to sit and stare at the screen for two hours, knowing that we’ll regret spending the money in the end.  ?The Iran deal,? Trump told the body, ?was one of the worst and most one-sided transactions the United States has ever entered into. Frankly, that deal is an embarrassment to the United States.?

A one-sided deal it is not. Iran had to ship out 98 percent of its enriched uranium stockpile, mothball two-thirds of its centrifuges under IAEA seal, pour concrete into its plutonium reactor, and grant the IAEA the most rigorous inspection regime it has ever had before Tehran was given a dime of sanctions relief.  The president?s generalization of the deal as ?an embarrassment? revealed his ignorance on this issue for the entire world to see.

The Ugly
Threatening to destroy a fellow UN member state isn’t the kind of pledge that a president typically makes during a speech to the General Assembly. Yet that’s what Trump did in all his red-faced glory. ?The United States has great strength and patience, but if it is forced to defend itself or its allies, we will have no choice but to totally destroy North Korea.?

RELATED: You have to see Donald Trump blast off Kim Jong-un?s ?Rocket Man? nickname at the UN

Granted, Trump coached these words in terms of self-defense. But you don’t need to be Henry Kissinger to comprehend the message Trump was sending to Kim Jong-un here: watch your butt, because Uncle Sam could kill you and level your country in a matter of days if it came to that.

What?s harder to comprehend is how threatening to put Kim six feet underground will persuade him to give up his nuclear weapons and ballistic missile program.  Kim is a paranoid man leading a paranoid regime who already firmly believes that a nuclear deterrent is the only defense against a U.S. invasion. If the U.S. objective is still denuclearization on the Korean Peninsula, handing Kim yet another reason to keep his nukes is a curious way to do it.

In the end, Donald Trump?s speech wasn’t the discombobulated, disorderly mess that many in Washington, Brussels, London, and Seoul feared. But neither was it the perfect manifesto that many in Trumpland will claim.