Don’t be fooled: The Syria strike was an act of war 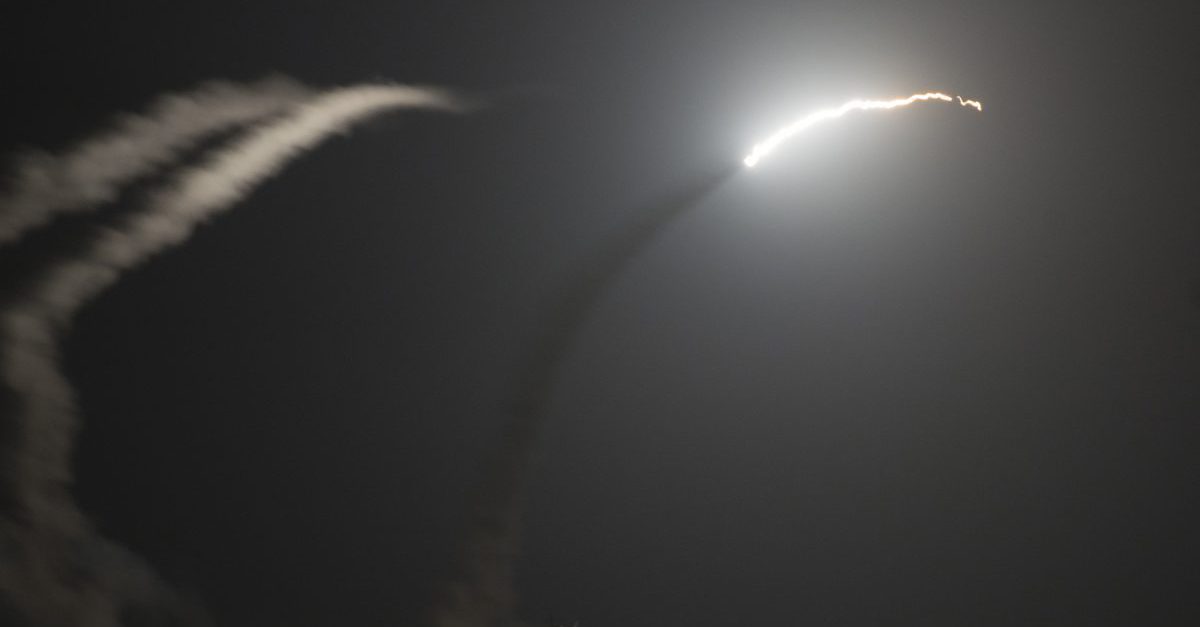 Two days after a chemical weapons attack thought to have been perpetrated by Syria?s Bashar al-Assad regime, the Trump administration responded by launching 59 Tomahawk missiles at a Syrian air base. Several buildings were destroyed and about 15 people were killed.

The strike itself was not especially surprising. Though President Trump specifically said before taking office that he was opposed to U.S. military intervention in the Syrian Civil War because it would be expensive, unproductive, and?if the pattern of recent history prevails?illegal, his broader support for militarism and escalation made a choice like this foreseeable.

Less foreseeable was the immediate response to Trump?s strike. In contrast with the tumultuous course of his presidency to date, the Syria attack was received with widespread approbation. As a USA Today graphic circulating on Twitter simplistically explained, the only nation-state opposition to the strike came from China, Indonesia, Iran, Russia and Syria?in American politics, a rogue?s gallery.

In favor of the attack were key players in Western Europe, Oceania, and the Middle East. To hear these supporters tell it?along with their American domestic counterparts, including congressional leaders from both parties and even Trump?s erstwhile opponent Hillary Clinton?the strike was reasonable, just, proportionate and appropriately speedy. In that moment, CNN enthused, Trump finally ?became president.? He was just doing the normal and proper thing.

And that?s precisely what makes this episode so troubling: this wasn?t just an airstrike, and it wasn?t a tidy package of justice engineered to settle the matter once and for all.

It was an ?act of war,? as Congressman Justin Amash wrote on Twitter.

RELATED: With Syria, Rex Tillerson has his opportunity to shine

If that is less than obvious, imagine how 59 Tomahawk missiles dropped on North Carolina would be interpreted. In any other context?were any other country launching these bombs?we would call it insanity to deny it meant war.

Granted, it was an act of war against what will no doubt be remembered as one of the most despicable excuses for a government in our century (I would say ?the most,? but North Korea offers grim competition). Granted, Syria’s regime cannot retaliate against America like we could retaliate for a comparable strike against U.S. forces. And granted, there may be some credible arguments for why war with Syria is ethically and strategically right (though I have serious doubts).

But the strike was an act of war nonetheless, and the fact that its supporters have not admitted as much is a dangerous portent of foreign policy to come.

True, some members of Congress?Amash and Senator Rand Paul chief among them?have raised objections to this new war on principle and procedure alike. But for most of Washington it is business as usual.

The United States has engaged in military action just about every year of her history, and since 9/11, large-scale military interventions and nation-building projects have become our endless norm. American foreign policy has gone on autopilot, and the default setting is war.

Yet in another sense this is a new war, and it is a big deal. Though the U.S. has intervened against the Islamic State in Syria for several years now, this strike formally engages a new foe?a nation-state, not a nebulous terrorist organization?which Congress never authorized Trump to fight and in retribution for an attack which, though heartbreaking, did not affect U.S. national interests.

RELATED: Donald Trump will disappoint the war hawks yet

As journalist Glenn Greenwald remarked on Twitter, it is only because the United States ?goes to war so often & easily? that this hasn’t been recognized for the deeply serious and risky move that it is.

If this new policy is far afield from the Syrian intervention critiques Trump leveled before he was in the White House, it is even further removed from the foreign policy the Founding Founders envisioned.

America ?has abstained from interference in the concerns of others, even when the conflict has been for principles to which she clings,? John Quincy Adams famously said. And though she is always the ?well-wisher to the freedom and independence of all,? the U.S. ?goes not abroad in search of monsters to destroy,? for she ?is the champion and vindicator only of her own.?

Adams wouldn?t recognize what passes for foreign policy in America today. But he would recognize what Washington?s hawks have studiously ignored: that Trump?s strike in Syria was an act of war, and that the Constitution has something to say about that.