Menu
Follow us
Search
Menu
Search
This undated photo provided by Eglin Air Force Base shows a GBU-43B, or massive ordnance air blast weapon, the U.S. military's largest non-nuclear bomb, which contains 11 tons of explosives. The Pentagon said U.S. forces in Afghanistan dropped a GBU-43B on an Islamic State target in Afghanistan on Thursday, April 13, 2017, in what a Pentagon spokesman said was the first-ever combat use of the bomb. (Eglin Air Force Base via AP)

For the second Thursday in a row, the Trump administration made headlines with a bombing.

Last week, it was the strike on Syrian regime targets in retaliation for alleged chemical weapon use against civilians.

This week, it was the MOAB — that’s short for “mother of all bombs” — the largest non-nuclear weapon in the U.S. arsenal. On President Trump’s authority, the MOAB was dropped in Afghanistan, reportedly killing some 36 Islamic State fighters and destroying a weapons cache in their network of caves.

RELATED: Here’s the first footage of the “Mother of All Bombs” dropped in Afghanistan

Now, there’s a case to be made the MOAB is newsworthy only because it is dramatic. After all, under the Obama administration, the United States dropped so many bombs on the Middle East we were literally running out of bombs. That the explosives come in one big package instead of multiple smaller ones is little more than a technical detail.

Still, the way this strike has captured public imagination makes it a useful vehicle for four important points:

1. Trump’s decision to launch the MOAB and Syria strikes (along with his total reversals on NATO, China, and foreign trade) have many suggesting with varying degrees of approval he’s finally become a normal (i.e. hawkish, neoconservative, liberal internationalist) president.

It is true that Trump has betrayed his better foreign policy impulses these last two weeks, but as I wrote after the Syria attack, rumors of a Trumpian evolution on foreign policy are greatly exaggerated.

Trump was always a hawk. He always told us he was a hawk. And in the MOAB case specifically, it is difficult to imagine this did not happen as a result of our juvenile delinquent president asking his advisers to let him play with the biggest toy.

2. The MOAB strike isn’t actually a Trump-specific phenomenon. In fact, The Daily Beast reports the bomb’s use was authorized by the Obama administration more than a year ago:

Pentagon officials say the generals have had the authority to launch whatever ordnance they had in theatre against ISIS since January last year, but President Donald Trump’s comfort level with delegating new decision-making on counterterrorism strikes surely played into their thinking. General John “Mick” Nicholson ordered the weapon during the Obama Administration to use during Afghan’s fierce spring and summer “fighting season”, but it was only delivered in January this year, Slavin said.

That’s an important detail I suspect will be largely lost in the muddle. Launching the biggest bomb is a thoroughly Trump move, absolutely, but we do ourselves a disservice if we deny how similar Trump’s foreign policy is to that of the predecessors he claims to repudiate.

3. There will be blowback. (If you’re not sure what that looks like, let The Onion explain.)

Here’s a description via The Guardian of what the bombing was like from an Afghan civilian who lives nearby:

“The earth felt like a boat in a storm,” Shahzadah said. “I thought my house was being bombed. Last year a drone strike targeted a house next to mine, but this time it felt like the heavens were falling. The children and women were very scared.” […]

“My ears were deaf for a while. My windows and doors are broken. There are cracks in the walls,” he said.

So far, there are no reports of civilian casualties, which is good news. But that doesn’t mean this incident, like the 16-year U.S. occupation more broadly, won’t lead to blowback. Here’s what Former Afghan President Hamid Karzai had to say about the MOAB:

I vehemently and in strongest words condemn the dropping of the latest weapon, the largest non-nuclear #bomb, on Afghanistan by US…1/2

2/2 military. This is not the war on terror but the inhuman and most brutal misuse of our country as testing ground for new and dangerous…

RELATED: The “first 100 days” is a stupid metric and Donald Trump should ignore it

4. Finally, remember that the MOAB was dropped into a counterproductive conflict from which the United States should have extricated herself years ago, as Ed Krayewski writes at Reason:

The U.S. invaded Afghanistan in 2001 and, arguably, won the war soon after. “We won the war in 2001,” Lt. Col. Anthony Shaffer (ret.) told me years ago, on the eve of another NATO summit. “With 500 Americans in three months, the war in Afghanistan was won.” And then the U.S. kept fighting.

In 2001, Afghanistan was one of the only “safe havens” for Islamist terrorists on the planet. Now such safe havens exist around the world, mostly in countries recent U.S. military actions have helped to destabilize.

Donald Trump, the “ultimate outsider,” presented himself as a figure who could question the status quo. Instead he’s solidified it. Where Barack Obama gave George Bush’s war on terror the legitimacy of bipartisanship, Trump is now in the same way arguably folding in “anti-establishmentarians” as well.

That assessment is grim, but I’m not sure I have any counter. The U.S. occupation of Afghanistan needs to end, but with a spineless Congress, a press entranced by shiny explosions, and a president who seems to have all the foreign policy wisdom of a Michael Bay movie, I just don’t know how that will happen. 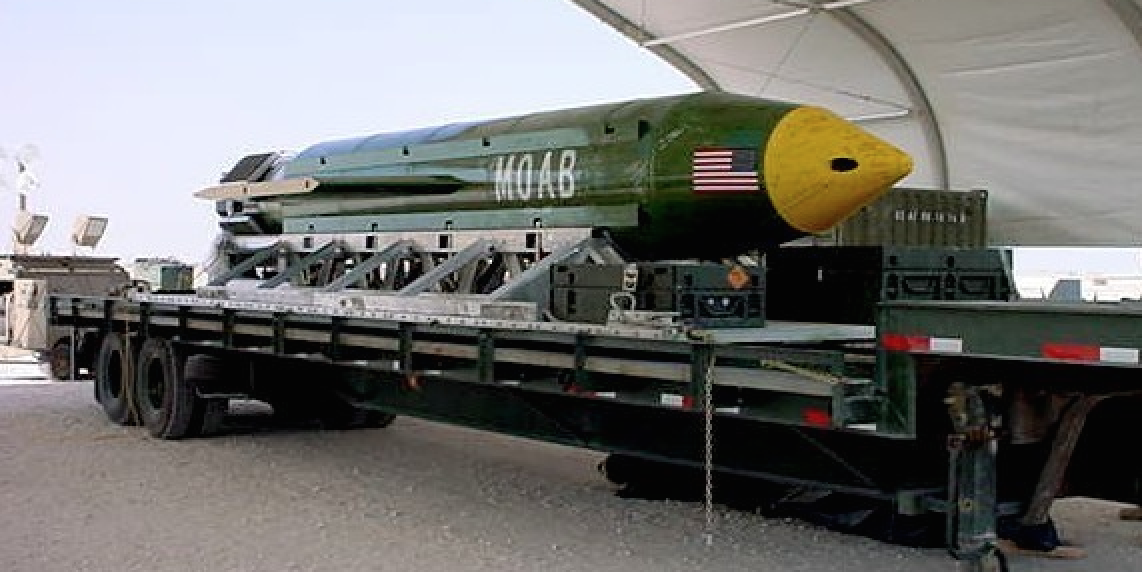