The annual visit to NATO headquarters in Brussels is typically a time for the American defense secretary to confer with his European colleagues and perhaps do a little sightseeing in the most bureaucratic capital on the continent. After the meetings are done, the secretary either holds a press conference with NATO’s secretary-general and talks about how great the alliance is, or the defense ministers release some sort of joint communique emphasizing that the transatlantic bond will persist well into the future.

There was some of that during Secretary James Mattis’s first pow-wow with his NATO colleagues, including the ritual statement that America’s commitment to Article 5 of the treaty is ironclad. But Mattis also decided to put some friendly pressure on the alliance’s European members by reminding them that they need to take heed of the fiscal situation in Washington and the patience of the American people. It was time for Europe to start funding its own defense instead of free-riding off of America’s. The defense secretary made that point, and he should be commended for doing so.

American policymakers need to stop twisting themselves into pretzels in order to excuse the pathetic defense budgets that European governments have been implementing since the 1990s. In fact, “pathetic” might not even be a strong enough word. According to NATO’s latest figures, the U.S. spent an estimated two and a half times more on its military ($664 billion) than all of NATO’s European members combined ($238 billion).

Meanwhile, the 2 percent of GDP that each NATO member is supposed to spend on its defense is more of a joke than an actual guideline. Indeed, there are just as many countries that spend less than one percent of GDP on defense as those that meet or exceed the two percent mark. The reality staring the Trump administration in the face, and one that Secretary Mattis saw firsthand during his trip to Europe, is that the spending benchmarks aren’t really benchmarks at all. If they were, far more than four out of 26 European countries (excluding Turkey for the sake of this discussion) would be pulling their fair shares of the burden.

Before leaving Europe, Mattis remarked that he was confident that NATO members would agree to a timeline that would nudge everyone towards a fairer and more equitable distribution of the security costs. Mattis, however, failed to convince anyone why introducing more benchmarks on top of the existing benchmarks – which, it should be stressed again, aren’t even met to begin with – would have more success in addressing the imbalance. Perhaps, he didn’t go into an explanation because he knows deep down in his gut that the scheme is unlikely to work.

Nobody likes to fight with friends. And yet, in some situations, a fight can help a friendship more than hurt it. In terms of the U.S. and its NATO partners (using that term loosely), defense spending is one of those fights.

RELATED: NATO is trying to add yet another member. It’s time for Congress to say no

Mattis’s strong comments to his fellow defense ministers was a good beginning. But our European friends have gotten away with piggybacking off the United States for decades now, and they’re not going to change their ways if they know they can continue to get away with it.

The Trump administration, while ensuring its respect for America’s alliances with Europe in general and its obligations under Article 5 of the North Atlantic Treaty in particular, should tell European leaders that if the same old behavior continues, the U.S. will do everything it can to amend the treaty in order to throw some accountability into the equation. Countries that benefit from NATO’s security but don’t contribute should be suspended until they can offer assurances they’ll no longer take advantage of Washington’s goodwill. 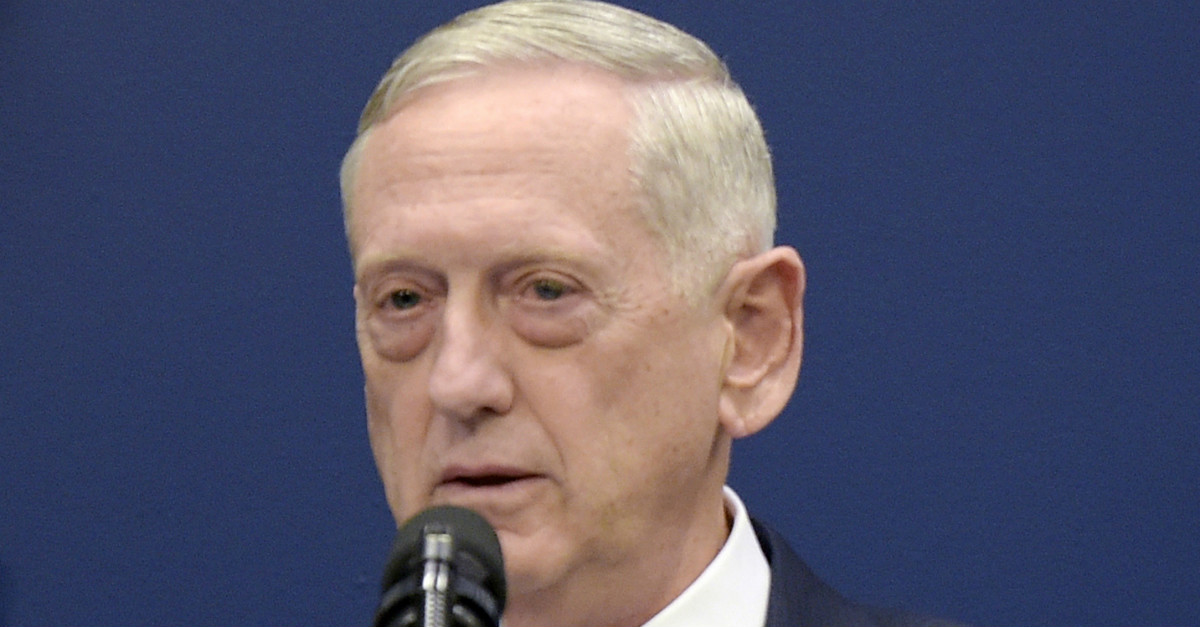