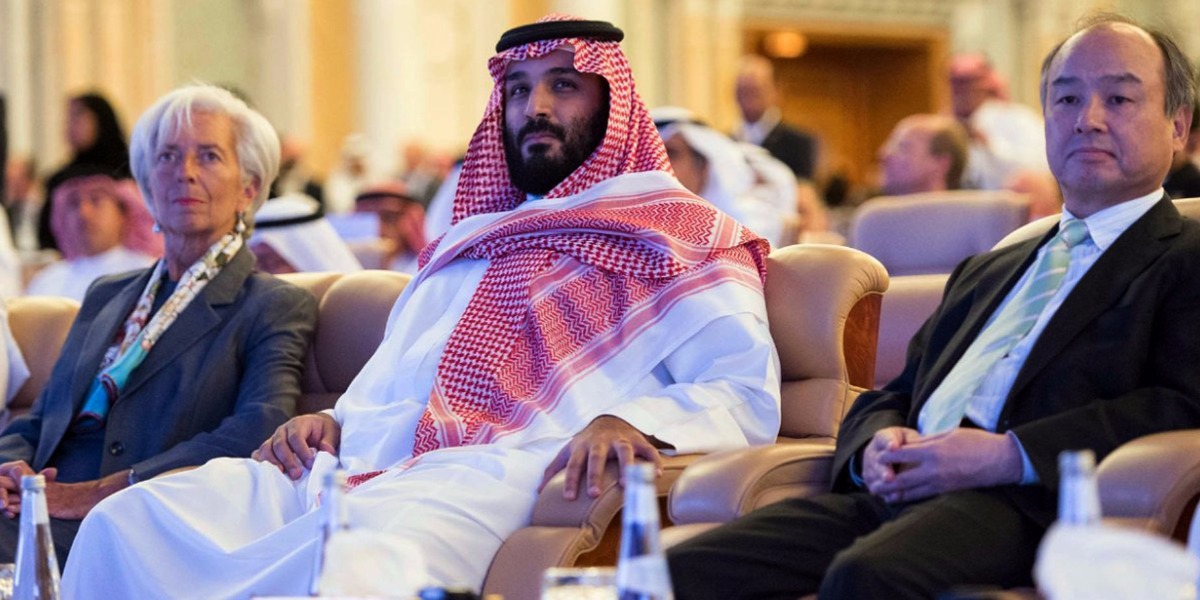 Even if you don?t follow world affairs all that closely, chances are that you?ve still heard of Thomas Friedman and read some of his books or columns. Friedman is a three-time Pulitzer Prize winner, a top card-carrying member of the foreign policy intelligentsia, and a long-time columnist for The New York Times. His seniority and high-profile status in the news business helps land him exclusive interviews with American presidents, cabinet members, and statesmen around the world.  When he writes a column, people in Washington tend to read it.

He landed one of those exclusive interviews for his column this week, sitting down with Saudi Crown Prince and de-facto leader Mohammed Bin Salman (MbS) for a discussion on the 32-year-old?s attempt to bring Saudi Arabia into the 21st century. It was an interesting interview; MbS was candid about his reasons for locking up some members of the Royal Family and some of the desert kingdom?s richest men and was emphatic that Saudi government coffers have been bled to dry from the corruption, backslapping, and outright theft that in his calculations have plundered 10 percent of the Kingdom?s budget every year. The young Crown Prince also talked about his social reforms, which include everything from bringing American country singers into the country, so Saudis aren?t bored to death to recently allowing women to drive – the kinds of things that us westerners would view as normal but which is big moves in Saudi Arabia?s society.

If every dictator had a stenographer as loyal and pliant as Thomas Friedman, there would be no democracies anywhere in the world today.

His fawning column on the Saudi crown Prince – who is starving 500,000 Yemenis to death – will make you nauseoushttps://t.co/DueUCbq1yO

As one Saudi told Friedman, ?Ten years ago when we talked about music in Riyadh it meant buying a CD ? now it is about the concert next month and what ticket are you buying and which of your friends will go with you.?

Nevertheless, Friedman received a lot of heat for his column. And, deservedly so. The piece was largely a positive P.R. bonanza for MbS, with some of the language eerily similar to the talking points the Saudi Embassy in Washington distribute to lawmakers on Capitol Hill and to the K Street lobbying shops it has on retainer.

In Friedman?s telling, MbS is a once-in-a-lifetime Saudi leader from the young generation who genuinely hopes to curb the power of a religious establishment that has transformed the Kingdom into a puritanical Islamic monarchy where any Muslim who doesn?t pray five times a day or follow the fatwas and teachings of Wahhabi clerics are considered worthy of infidel status. If the ambitious MbS can?t morph Saudi Arabia into a relatively moderate Islamic country, then no one can.

Thomas Friedman didn’t conduct an interview. He gave “journalistic” cover to a Saudi tyrant posing as a “reformer”.

And what should the crown prince of Saudi Arabia do? For starters, how about ending the barbaric siege and wanton bombing of millions of civilians in Yemen? https://t.co/FFlA2UpAse

Not once does Friedman acknowledge that MbS?s foreign policy is a complete and utter disaster where everything he touches turns a previously chaotic situation into a geopolitical quagmire. If the Crown Prince is the ambitious crusader of corruption at home with strategic foresight, he?s the exact opposite abroad – a man who is so desperately afraid about what Ayatollah Ali ?Hitler? Khamenei will do that he?s willing to bombard, starve, and destroy a neighbor. The Saudi military operation in Yemen is very much an MbS creation, a conflict that has broken so many laws of war that an entire book could be written just documenting the abuses. Crown Prince Mohammed may not be commanding the war on a day-by-day basis, but the generals and commanders in the Defense Ministry who work under his stewardship have prosecuted the war in such a bumbling, incompetent and barbaric way that it makes William Westmoreland look like a battlefield genius. With the exception of a cursory mention that something is going on in Saudi Arabia?s southern neighbor, not once does Friedman write even briefly about how catastrophic the war has been to Yemenis over the past two and a half years. A conflict that U.N. humanitarian officials have said could result in a famine of unprecedented proportions – a war whose violence is driven in large part by Riyadh?s bombing of civilian targets and its closing of borders to food, fuel, and medical aid – is apparently not newsworthy enough to write about.

Nor does Friedman talk about Qatar, the small gas-rich country in the Gulf this is now ostracized by a Saudi-led embargo of the country. Riyadh claims that the air and naval blockade is a result of Doha?s less-than-stellar reputation on the terrorism front. But, it?s just as likely motivated by Qatar?s unwillingness to become an unflinching subsidiary of Saudi Arabia. Like his strategy on Yemen, MbS appears to believe he can force the Qataris into submission by cutting off trade relations and flight routes. And, like Yemen, MbS?s assumptions were wrong – Doha?s resolve has instead been strengthened as Qataris across the nation have rallied in support of their government. The only thing that has come from the isolation of Qatar only is an internal fracture of the Gulf Cooperation Council.

Thomas Friedman ignored the US support for the Saudi's genocidal war against Yemen. What the US, UK and Saudis are doing to the poorest country in the Arab world is a horrifying crime with specific culprits who must be named: https://t.co/B6mpb0G9Dk

And, then there?s Lebanon, where Riyadh recalled Prime Minister Saad Hariri to Riyadh and allegedly forced him to resign because he was giving too much cover to a coalition government that includes Hezbollah.  Even the Trump administration didn?t think forcing Hariri?s ouster was a good idea.

The least that Tom Friedman could have done was acknowledge how reckless Mohammed?s foreign policy has been since he took over the Defense Ministry in 2015. Simply parroting the Saudi line as if Saudi Arabia is not a contributor to the region?s crises is far below the standard of a Pulitzer-winning author and thought leader.