No, Donald Trump isn’t going to start a war with North Korea 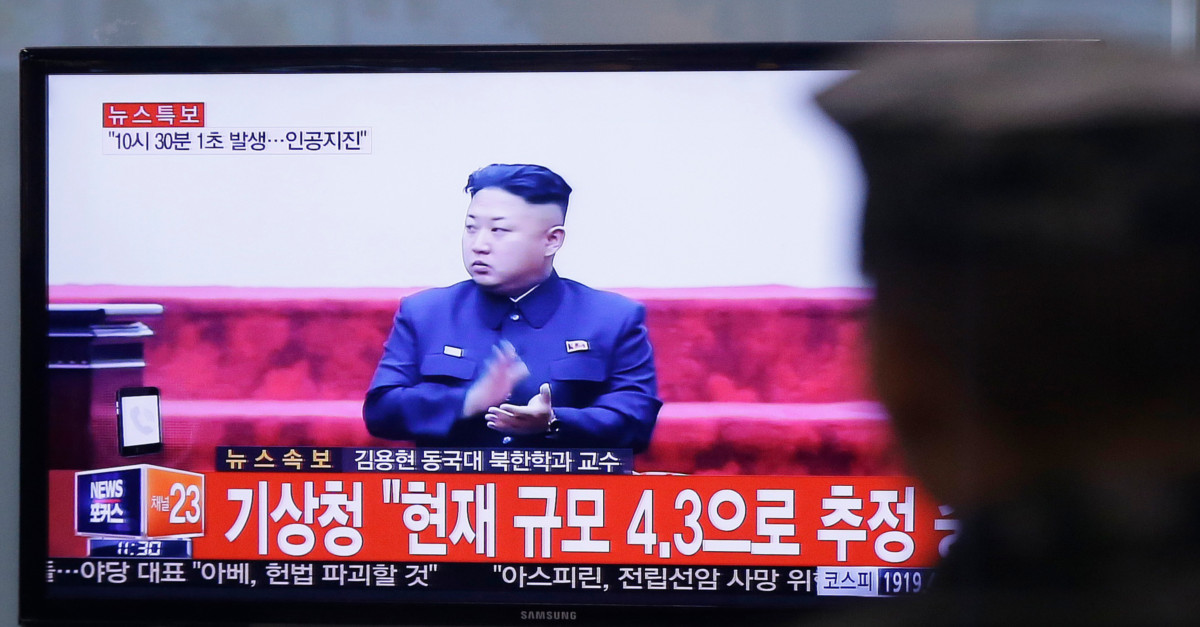 In an interview that’s been making the rounds on social media, President Trump explained to the Financial Times: “Well if China is not going to solve North Korea, we will. That is all I am telling you.” He went on: “China has great influence over North Korea. And China will either decide to help us with North Korea, or they won’t. If they do, that will be very good for China, and if they don’t, it won’t be good for anyone.”

But would Trump go down a path towards armed conflict? Is “solve” another word for “invade”?

The definitive answer is quite simple: no. More like: no way, unless America or its allies Japan or South Korea were attacked first.

Why not attack first, you ask? Why don’t we just go into North Korea 2003 Iraq-style and just regime change the place? Another simple answer, and it’s only three letters: W.M.D., or weapons of mass destruction.

You see, North Korea, and specifically the regime of Kim Jong-un, is just like every other state in the international system — it wants to survive. But it faces a big problem: it has neighbors all around that would love to see it collapse — peacefully, but collapse nonetheless. Nations like South Korea, Japan and even its ostensible ally China likely see North Korea as an international pariah of the first order, one whose passing they wouldn’t mourn.

Exacerbating Pyongyang’s fears is that it is enemies with the most powerful nation on planet earth: the good old U.S. of A., armed with a military that is second to none.

RELATED: North Korea has responded to U.S. sanctions with plans for an alarming new weapon

So what does North Korea do? It looks for asymmetric weapons that strike fear into even the deadliest of foes. And nothing is more asymmetric than chemical, biological and radioactive weapons that could kill millions of people and incite mass panic. When you add in a growing nuclear program that could soon sling an atomic bomb at America and 1,000-plus short-to-medium-short-range missiles, you have something most nations only dream of: the ability to hold at bay a superpower.

So how could Trump then “solve” the North Korean problem without China’s help and without starting World War III? To be clear, he might not be able to solve it, but he could at least mitigate its ability to cause trouble.

For starters, if Trump focused his efforts on limiting the growth and capabilities of North Korea’s nuclear weapons and the missiles Pyongyang would need to launch them, the administration could implement some sort of increase in sanctions. For example, the Trump administration should consider what are normally referred to as secondary sanctions, which would target any entity that would dare help North Korea acquire weapons of mass destruction. The Trump administration should declare that if you aid North Korea in any illegal way, you won’t be allowed to profit from it. Instead, you will be made an international outcast. Washington should also target any North Korean front company, any Chinese company, any entity in general that is helping the Kim regime evade UN Security Council sanctions.

RELATED: Believe it or not, Donald Trump has been doing a great job on North Korea

From there, the next option is one many would consider unthinkable. Talking with the North Koreans, a regime that has starved millions of its own people as it funds a 1.2 million-strong military with gulags bigger than the city of Washington, D.C., seems like a disgusting proposition. But the alternative — a missile test going horribly wrong and crashing into Japan or South Korea, or a misfire along the 38th parallel that sparks a clash of arms and could bring Washington and Beijing into direct conflict — is even more unthinkable. Pyongyang isn’t anywhere near the ideal negotiating partner. Lucifer himself might seem a worthy alternative. But any and all pathways toward lessening tensions must be tried. Good old-fashioned diplomacy and opening some sort of regular communications might at least provide a pathway towards defusing a crisis in the future, and that itself would be major progress.

Clearly Donald Trump has options if he wants to go it alone, options that don’t require a second Korean war. Let’s hope he considers them.

About the author: Harry Kazianis
Harry J. Kazianis is director of defense studies at the Center for the National Interest, founded by former president Richard M. Nixon, and executive editor of its publishing arm, The National Interest. He also serves as fellow at both the Potomac Foundation and the Center for China Policy at the University of Nottingham. He is the author of "The Tao of A2/AD: China’s Rationale for the Creation of Anti-Access." In the past, Kazianis has led the foreign policy communication efforts of the Heritage Foundation and served as editor-in-chief of the Diplomat and as a fellow at CSIS:PACNET. The views expressed are his own. You can follow him on Twitter: @grecianformula.
View More Articles