No, President Trump, a government shutdown won’t “be devastating to our military” 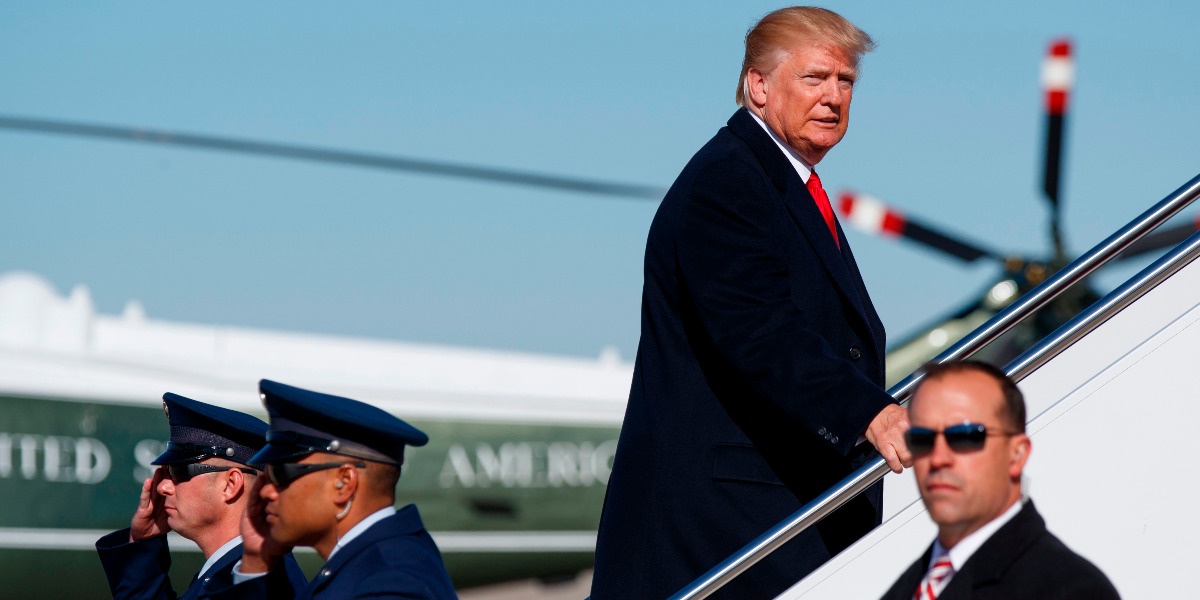 As a government shutdown looks ever more possible, President Trump is redoubling his efforts to argue that the military would be hurt by this the most. He’s made this claim on Twitter repeatedly, most recently this morning:

….Because of the Democrats not being interested in life and safety, DACA has now taken a big step backwards. The Dems will threaten “shutdown,” but what they are really doing is shutting down our military, at a time we need it most. Get smart, MAKE AMERICA GREAT AGAIN!

A government shutdown will be devastating to our military…something the Dems care very little about!

The president made the same case while speaking with reporters outside the Pentagon Thursday. “If the country shuts down, which could very well be,” he said, “the worst thing is what happens to our military.”

This argument is evocative, and that’s undoubtedly why Trump is making it. The trouble is it isn’t true.

In the simplest sense, it’s not true because during a shutdown the military will not close its doors. As The Hill notes, “President Obama signed a law ahead of the 2013 shutdown that authorized pay for military personnel and some civilian Defense Department workers.” Active duty troops will not stop fighting. Ships and submarines will not begin sailing home from whenever they are around the world. Even many civilian workers at the Pentagon will keep coming to work.

Some things would be put on hold, as then-Defense Department comptroller Robert Hale explained the last time Washington shut down, back in 2013. The sort of thing that would be suspended in the days or weeks of the shutdown (the longest time nonessential federal workers have been furloughed was 21 days in the 1990s, but most furloughs were far shorter), Hale said, included “support activities,” training, signing new contracts, “routine maintenance,” and other “efforts to improve contracting and financial management.”

These tasks are not insignificant, but our military is not going to fall apart if they’re suspended for a few days.

Hale’s mention of improved financial management brings me to the second way Trump’s comments are misleading: The military’s financial situation is already a mess, and this isn’t a mess that can be fixed with more money.

We don’t know exactly how much of a mess, because the first-ever audit of the Pentagon — started by a veritable army of 1,200 auditors in December — isn’t done yet. We do know Defense Department (DoD) spending is gigantic, often irresponsible, and notoriously wasteful. The Pentagon, as conservative columnist Kevin D. Williamson put it, has “a long and inglorious history of book-cooking and accounting that alternates between the incompetent and the criminal.”

The administration deserves credit for finally making this audit happen (it has been required by law for decades), but the wisdom of the audit is undermined by the madness of demanding more military spending before the audit is even complete. Yet that is exactly what Trump and his allies on the Hill are doing, pushing to throw more money at the Pentagon before we know how it is using all the money in its already bloated budget.

Trump’s plan to toss even more tax dollars into the DoD money pit should concern taxpayers more than a couple days of shutdown. There is nothing conservative about this. It is irresponsible and dangerous, and, as Rare’s Casey Given has argued, a surefire way to “encourage the continuation of reckless conflict that has been normalized for decades.”