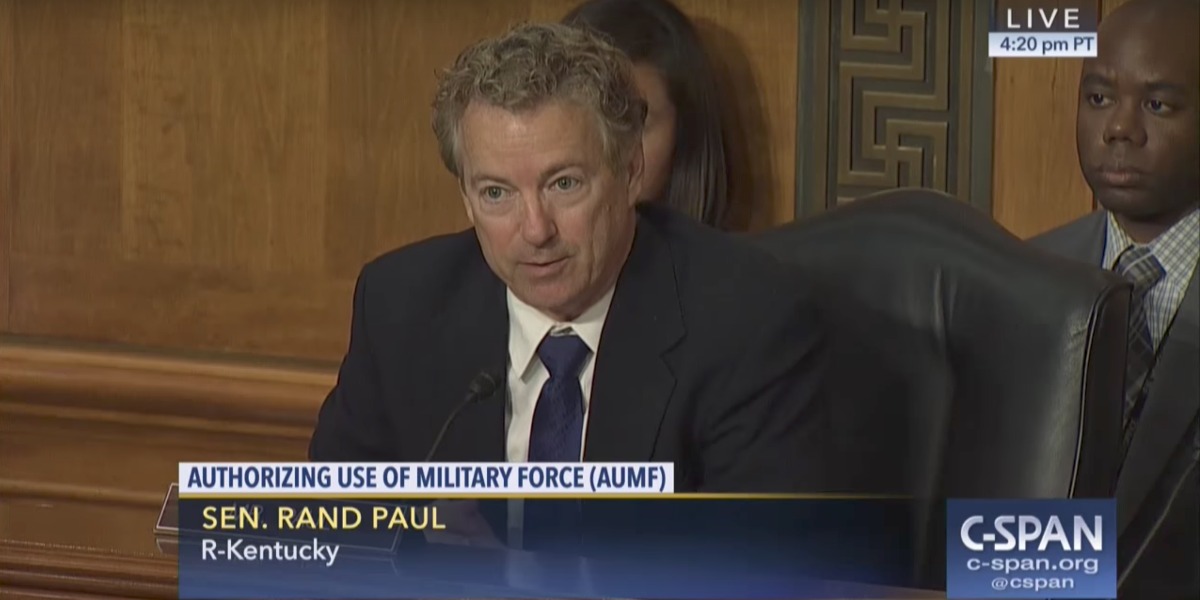 Paul, who has consistently opposed the U.S. becoming militarily involved in foreign conflicts through executive orders, is urging Secretary of State Rex Tillerson and Secretary of Defense James Mattis to defer to Congress? constitutional authority on declaring war.

?I don?t think we gave the executive branch a blanket authority just to go to war anywhere they want against people who they say are a part of radical Islam,? Paul said Monday in a Senate Foreign Relations Committee meeting with Secretary of State Rex Tillerson and Secretary of Defense James Mattis. ?Ultimately, there?s going to have to be diplomacy involved in this, as well. How are we ever going to end the war? Is there ever an end to this war??

In September, Paul pushed the Senate to hold its first vote concerning the Authorization for Use of Military Force (AUMF) since 200. The senator proposed an amendment to the 2018 National Defense Authorization Act (NDAA) aimed at ending the 2001 and 2002 AUMFs within six months of the 2018 NDAA?s passing. Those authorizations passed during the George W. Bush administration have been used for every U.S. foreign intervention since.

?Congress has no greater responsibility than defending our country, and the Founders entrusted it with the power of declaring war because they wanted such a weighty decision to be thoroughly debated by the legislature instead of unilaterally made by the Executive branch,? Paul said Monday.