Rand Paul holds up defense bill: “I sit silently to protest the thousands of American soldiers who have died” 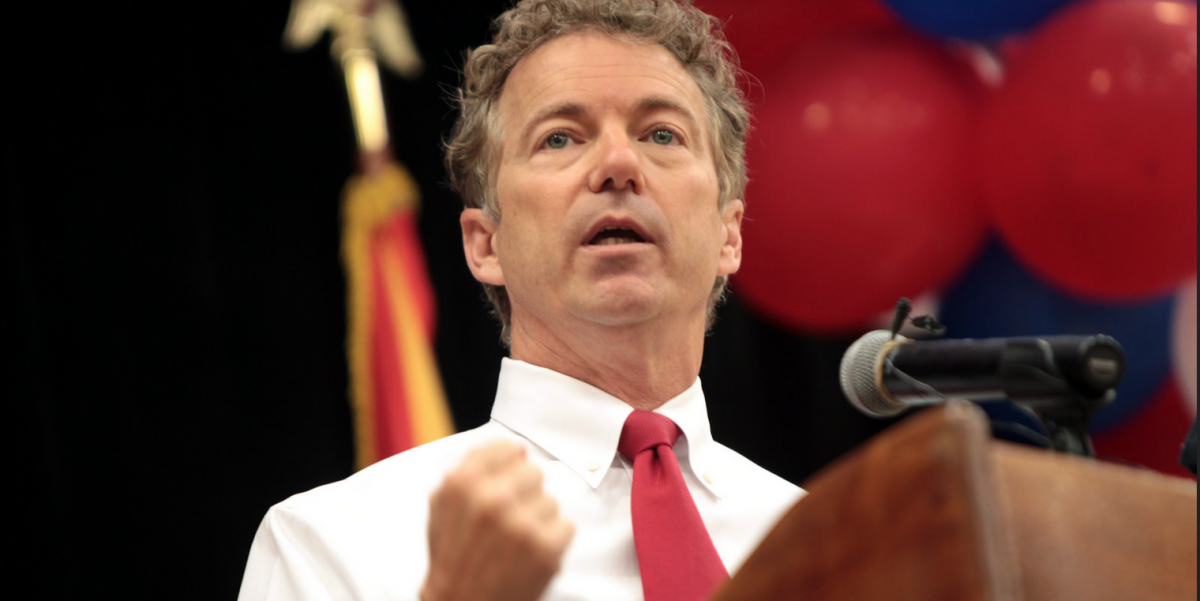 Sen. Rand Paul (R-Ky.) released a statement on his Facebook page Monday night criticizing the Senate’s decision to move forward with the 2018 Defense Bill. Paul has called for an amendment that would end the 2001 and 2002 Authorizations for the Use of Military Force (AUMF) in Afghanistan and Iraq. The senator stands in stark opposition to Sen. John McCain (R-Ariz.).

“Tonight, the Senate is attempting to move forward with the Defense Bill,” Paul’s statement reads. “I am seeking an amendment to end the AUMF in Afghanistan and Iraq.”

RARE POV: 16 years ago, we began a “war on terror” that will never end

“I will object to all procedural motions and amendments unless and until my amendment is made in order and we vote on these wars. An attempt was made to run the clock on the bill overnight,” Paul insisted.

“I objected and am now sitting on the floor of the Senate to stop that,” the senator declared

Paul’s amendment would rescind the ability of the president to use military force against targets, a power granted to the executive branch after 9/11 that was used to authorize the Iraq War in 2003. Every U.S. military action against terrorists in the last decade and a half has cited AUMF as its justification, despite the fact that the exact language of that legislation specifies that only “those nations, organizations, or persons” that “planned, authorized, committed, or aided the terrorist attacks that occurred on September 11, 2001,” could be targeted. Paul and others consider it a stretch that drone strikes and other U.S. military action in Yemen, Somalia, Pakistan, Syria and other nations fall within the legal parameters of the current AUMF.

On Monday, the Senate voted 89-3 in favor of moving forward, but Paul can hold up the bill for up to 30 hours with his protest. Sen. Paul could potentially sit in the Senate chamber all night. He wrote in a Facebook post:

Tonight I sit silently to protest the thousands of American soldiers who have died over the past decade in these wars. We have been there for 16 years. It is time for them to end. It is time for Congress to vote on whether or not they should end. The Senate is now in a quorum call, unable to act because of my protest. This is why I sit on the floor, in silent protest. I will continue this protest and these objections for as long as needed to ensure Congress do its duty, and vote on ending these wars.

In an op-ed for Rare on Monday, Paul highlighted the wasteful aspects of the now-outdated AUMF, insisting that the authorizations continuously put our men and women in uniform at risk.

“These authorizations to use military force are inappropriately being used to justify American warfare in 7 different countries,” the editorial said. “Sunsetting both AUMFs will force a debate on whether we continue the Afghanistan war, the Libya war, the Yemen war, the Syria war, and other interventions.”

“Our military trains our soldiers to be focused and disciplined, yet the politicians who send them to fight have for years ignored those traits when developing our foreign policy.”

The libertarian Republican senator is no stranger to using senate procedure to make a legal or philosophical point. In 2013, Paul held a filibuster to oppose the appointment of John Brennan as the head of the CIA over the issue of whether the president had the right to kill American citizens without due process.

In order for the AUMF to end, Paul said that the system of checks and balances must be restored.

“Congress has no greater responsibility than defending our country, and the Founders entrusted it with the power of declaring war because they wanted such a weighty decision to be thoroughly debated by the legislature instead of unilaterally made by the Executive branch,” he continued.

“Repealing the 2001 and 2002 AUMFs would restore respect for the balance of power and reassert Congress’ voice by forcing legislators to specifically approve or disapprove the direction of our foreign policy,” Paul wrote.

Senate leaders have agreed not to try to end debate early, and have agreed to four hours of debate under my control to debate these wars.

I will continue to fight, and if necessary, object, to continue this debate , secure a vote and force Congress to do its duty.