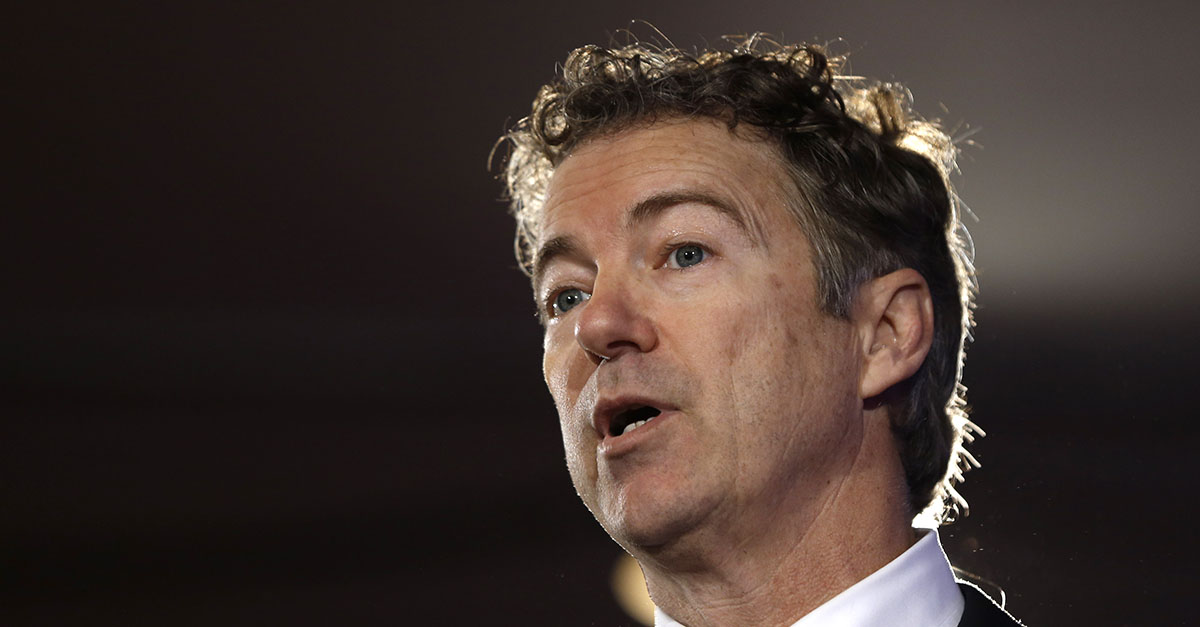 Sen. Rand Paul believes the Senate Intelligence Committee needs to review the evidence that Syrian President Bashar al-Assad was behind a recent chemical attack that killed innocent civilians; and in retaliation to which President Trump ordered airstrikes on Thursday night.

Appearing on the “Laura Ingraham Show” on Friday, Sen. Paul said when objectively assessing the facts of the situation, it does not make sense why Assad would carry out such an attack. The senator noted that the Syrian dictator has the upper hand in his country’s ongoing civil war. Not only does Assad have Russia’s support, he also recently received reassurance from Secretary of State Rex Tillerson that regime change was not something the U.S. was seeking.

“He?s either the dumbest dictator in the world, or it may be more confusing,? Paul told Ingraham.

?I would like to see the evidence,” Paul said. “In all this rush, why don?t we at least look at the intelligence instead of getting somebody?s conclusion on TV second-hand from the president??

Republican Congressman and Paul ally, Thomas Massie created a stir on Wednesday when he doubted Assad’s responsibility for the chemical attacks. His sentiments shouldn’t have been so easily dismissed, especially considering a 2013 chemical attack first thought to have been carried out by Assad was later determined by a United Nations official to be the work of Syrian rebel groups, some of which had received U.S. support.

Paul noted on Friday to Ingraham as reported by Lifezette, ?I don?t dispute the evidence. I just haven?t seen it.?

The senator said that he believes President Trump has good instincts, but got swept in a war fever. “There is a huge drumbeat,” Paul said. “Everybody’s excited.”

The senator also observed that the biggest champions and defenders of the Iraq War — a war President Trump denounced time and again as a disaster while on the campaign trail — were the most pleased with Thursday’s airstrikes. Paul added that war with Syria won’t be enough for Washington hawks who had hoped thy could get the president to bend to their will.

“All the people who wanted to take out Hussein are now clamoring to take out Iran as well,” Paul said. “So where does it end?”

“When will we finally be done taking out regimes in the Middle East?,” Paul asked.