Responses to terrorist attacks should include improving homeland security, not increasing military spending or activity abroad 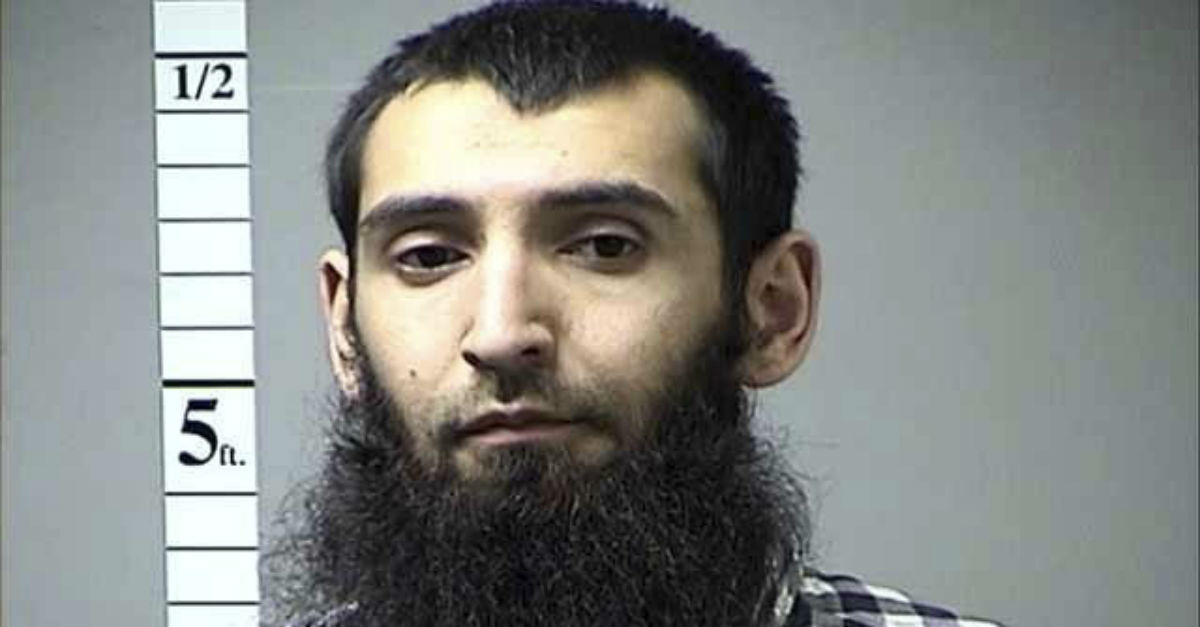 On Halloween, 29-year-old Uzbekistani national Sayfullo Saipov rammed a rented pickup truck into a crowd of people in New York City, killing at least eight and injuring a dozen more. Preliminary investigation details indicate the suspect was carrying a letter pledging his allegiance to the Islamic State in the truck and was reported to shout “Allahu Akbar” when he exited the vehicle with a paintball and pellet gun.

In his initial responses, President Trump kept with campaign promises in calling for greater restriction on visa entry programs and blasted congressional Democrats for blocking his immigration initiatives. He also stated that Saipov belonged in Guantanamo Bay, reopening one of the fiercest political debates from the Bush and Obama administrations. Both of these issues may shift from the backburner for Congress this fall given the public pressure that always builds after a terrorist attack.

RARE POV: The Saudi blockade of Yemen is starving kids and killing thousands, so why is Washington still defending it?

Regardless of what evidence and new information comes to light in the coming days, there is another reaction we can likely anticipate from Washington: calls to increase military spending and overseas activity for the war on terrorism. This should not be surprising, as defense hawks for the better part of a decade have charged that annual increases in Pentagon spending have not been large enough to execute the global war on terror along with other defensive obligations they believe are necessary. Inevitably, some supporters looking to strengthen their position will point to the NYC Halloween attacks as evidence.

Americans should be wary of such arguments and take objective measure of our current military spending, the nature of terrorism, and the effectiveness of our wars over the past decade and a half in response.

A report recently released from the Department of Defense stated that the U.S. has spent $1.46 billion executing the war on terrorism since September 11, 2001. It is difficult to find anything even comparable to put that into perspective, but it boils down to spending around $250 million a day. Most spending has been directed toward the conflicts in Iraq and Afghanistan, but American personnel are constantly engaged in activities around the world, much of which stays out of the public eye until tragedies strike — like Libya (Benghazi) in 2012, Jordan in 2016, and Niger last month.

As staggering as that number seems, the figures don’t take into account secondary readiness and modernization costs from these wars that are annually built into the defense budget. Equipment wears out quicker and must be replaced sooner, training rotations occur at a greater pace to keep readiness up, and new technologies must be rapidly acquired and pushed into the field. Nor do they consider the projected costs for taking care of veterans of these conflicts, which some estimate could rival the cost of the wars over coming decades.

Compare that to what was required of Saipov in New York City: a rental pick-up truck, knives, and a paintball and pellet gun. That low level of sophistication doesn’t even come close to the estimated costs of the 9/11 attacks, and could easily be carried out by any individual regardless of ideological sympathies. While it is evident that he received some sort of inspiration from ISIS propaganda, it is unclear if he was in direct contact with ISIS leaders, trained in the Middle East, or was receiving any sort of funding.

Even if he did, it would be a resource miss-match of exponential proportions, and sadly, something that $250 million a day still didn’t prevent.

Terrorism, and more broadly irregular warfare, has been employed in some way or another from positions of weakness since before history was even being recorded. As long as there is conflict between humans, fear and panic will be used as a weapon against populations to achieve another group’s aims, and it is unlikely that any amount of money can change that.

The Halloween attack was the deadliest Islamist-terrorism related attack in New York City since September 11, 2001. American citizens are rightly saddened and outraged, and they should be demanding that their government leaders on all levels reassess the systems designed to detect and deter such attacks. But they also should be cautious about any easy answers offered by politicians, especially from those who will simply prescribe more of the same heavy-handed actions that have proven neither effective or worth their high costs for the last 16 years.

Robert Moore is a public policy advisor for Defense Priorities and a former staffer for a member of the Senate Armed Services Committee with nearly a decade of defense and foreign policy experience on Capitol Hill.