Should the U.S. bomb Aladdin’s home? The case against intervention in Agrabah 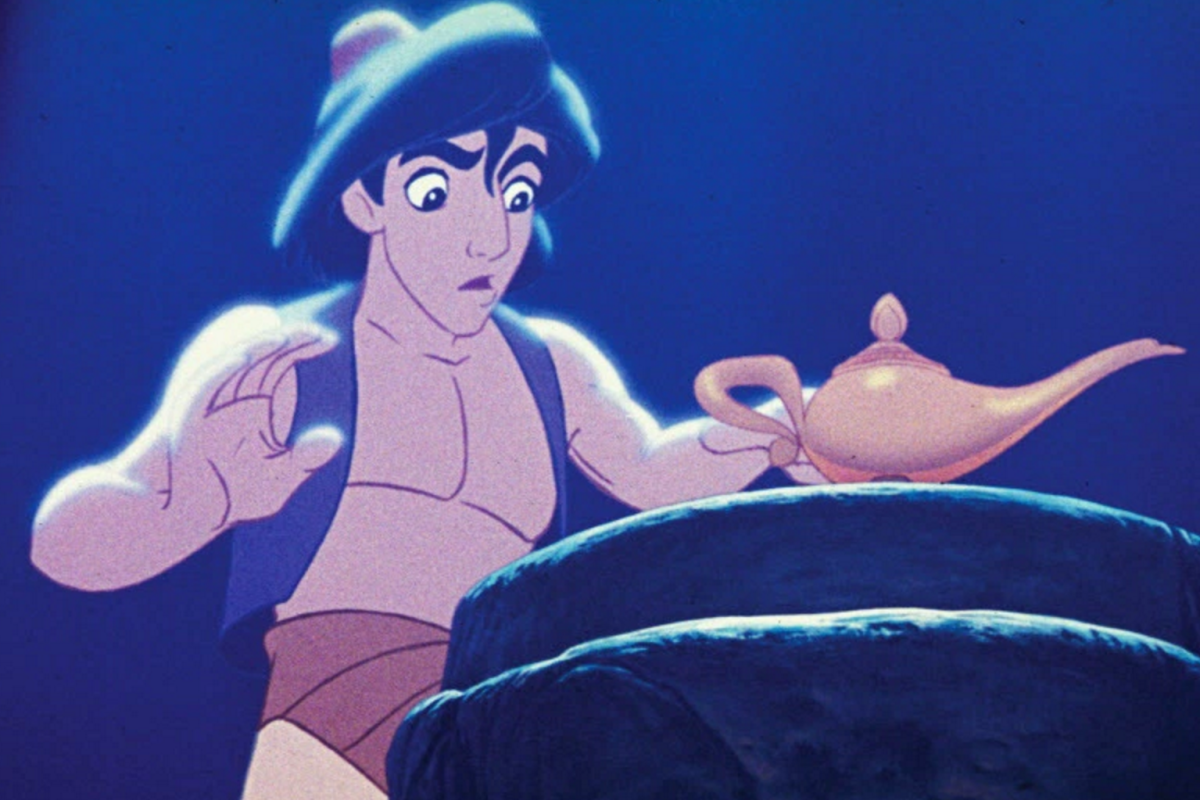 Setting aside the questionable practice of pranking respondents for the sake of press coverage?PPP has also gauged approval ratings for God, and support for imposing a tax on hipsters?interest in direct military action against Agrabah among Republicans (and 19 percent of Democrats) merits examination.

At the end of Aladdin, the Sultan retains power after the removal of his grand vizier Jafar, who dabbled in sorcery and the illicit antiquities trade while attempting a palace coup. He amends the country?s laws so that his daughter and sole heir Jasmine, an apparent modernizer who considers herself a woman of the people, can marry a commoner, who had entered the palace in the guise of a mysterious foreign potentate. As Prince Ali Ababwa, a military hero ?strong as ten regular men? who has ?faced the galloping hordes? and ?a hundred bad guys with swords,? Aladdin thrills the sleepy city-state with a ?world-class menagerie? of camels, peacocks, elephants, llamas that predate the Columbian exchange and ?ninety-five white Persian monkeys.?

Aladdin-as-Ali is waited on by slaves (he?s also ?got servants and flunkies?) and has a habit of flying into foreign tourist sites while flouting local consular laws. His bride, meanwhile, makes showy gestures of freeing caged birds while keeping an endangered Bengal tiger. In one particularly cruel extravagance, the palace even contains a miniature replica of the capital, which rulers toy with just as they manipulate their pliant subjects.

So American voters are right to be skeptical of the cosmetic changes made by the Agrabi regime following the vizier?s ouster. The country?s security forces?not much more than a band of beefy thugs with scimitars?often create more problems than they fix, and are not hesitant to apply the death penalty for petty theft. As much as Jasmine may prefer to showcase her country?s unique and exotic blend of Mughal, Persian and Arab cultures, Agrabah remains a source of potential instability for the vast desert it occupies as well as the greater Middle East.

But should the United States attempt a regime change in Agrabah, through bombing or other means, it risks ruining the fragile balance that the Sultan worked hard to implement. Indeed, the strategic marriage between Jasmine and Prince Ali suggests that some kind of phenomenal power, from Ababwa or beyond, is bankrolling the Agrabi military, and could quickly scale up in the case of a Western threat.

While there are certainly reasons to be concerned with Agrabah, the cries for intervention need to be placed in a broader context: our troubled regional alliance policy. The Agrabi government would be unsustainable without the bailouts of a wealthy foreign ally?in this case, Prince Ali Ababwa, whose arrival in Agrabah and attempt to enter its power structure (via a strategic marriage to the Sultan?s daughter) was underwritten by his extensive wealth (including those ?seventy-five golden camels?) and a token attempt to buy popular support through distribution of largesse (the display of his Persian monkeys was particularly popular, for ?to view them, he charge[d] no fee?). While his wealth may be sufficient to make the small Ababwi population ?lousy with loyalty,? it clearly has not been enough to preserve order in Agrabah?why else would the United States be called upon to step in?

Instead of rushing to bail out our Ababwi ?allies,? we should ask harder questions: has their role in Agrabah been stabilizing, or has foreign backing allowed the Sultan to put off the difficult political compromises that would make his rule truly sustainable? Jafar?s attempted coup?and the crackdown that followed?are particularly disturbing in this regard, as they show that discontent is reaching into the elite, and that the Sultan believes he can rely on his repressive apparatus to survive. This may not be true forever?the parallels to the fall of the Shah of Iran in 1979 are striking.

And the sort of personalistic rule that enabled Jafar?s rise, but which is also embodied by the sudden change to succession laws to facilitate Jasmine and Aladdin?s marriage, will prevent the emergence of the robust, independent institutions necessary for good governance.

More broadly, how much of a threat does instability in Agrabah really pose to America?s core national interests? While there have been rumors of an Agrabi weapons of mass destruction program (the coup government, during its brief rule, claimed to have ?the most powerful being on earth?), these have yet to be substantiated, and the Sultan claims that the possible military dimensions of the program have, since the end of the coup, been contained by a robust safeguards regime.