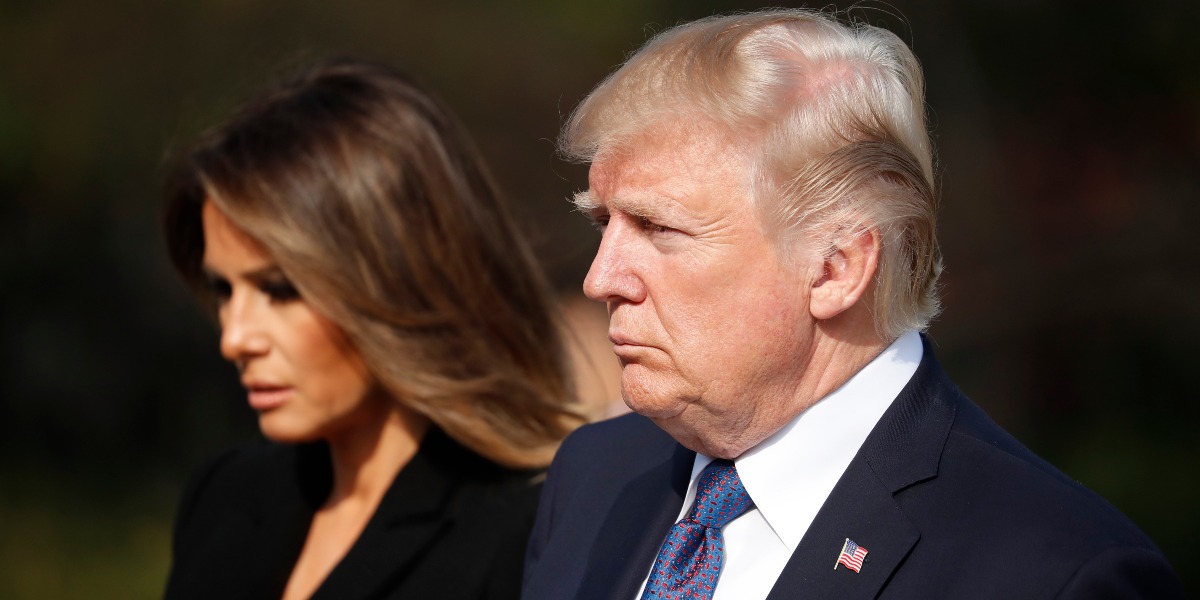 Had Twitter existed in the 1980s, I feel confident saying the hypothetical @RealRonaldReagan would not have tweeted threats of nuclear war in an embarrassingly fragile attempt to prove himself possessor of the biggest, uh, button in the room.

In fact, it seems safe to apply that guess to every president in recent memory: However poor their judgment, however foolish their agenda or lacking their character, presidents past did not and would not have issued personal and apparently spontaneous taunts of tin-pot dictators at the risk of millions of innocent lives.

But President Trump would and did.

Tuesday evening, he responded on Twitter to a New Year speech from North Korean leader Kim Jong-un. ?The entire mainland of the U.S. is within the range of our nuclear weapons and the nuclear button is always on the desk of my office,? Kim said. ?They should accurately be aware that this is not a threat but a reality.? Here?s how Trump replied:

That this is dangerous and stupid should go without saying. Trump?s own Defense Department does not believe North Korea?s current missile technology is capable of striking the U.S. mainland, and it is bizarre to treat Kim?s characteristic bombast as simple truth. Recall, this is the regime that claimed to have discovered a unicorn lair. There?s a certain circumspection needed in assessing Pyongyang?s nuclear capabilities, and Trump doesn?t seem to have it.

Remember the election-era analysis that argued Trump?s supporters take him seriously while the media takes him literally? With Kim, it seems Trump is making the same error the press made about him.

By now it is evident Trump?s staff will not succeed in getting him off Twitter. This may be a blessing in disguise, as it forces us to turn our attention to other avenues of limiting the presidency which can operate on a more institutional level than Chief of Staff John Kelly snatching the president?s iPhone.

One option could be implemented immediately because it doesn?t involve the slow-moving wheels of government: Kick all world leaders off Twitter, Trump included. This suggestion comes via Conor Friedersdorf at The Atlantic, who rightly notes Twitter is designed to ?encourage impulsive, off-the-cuff comments,? and that its format promotes both ?needless conflict? and the publication of ?ill-considered? comments. None of these are good attributes for a presidential tool of communication, no matter who is president.

Heads of government?people with weapons of mass destruction at their disposal?simply do not need to be on social media. Quite the opposite: They need to not be on social media. Many of Trump?s critics have called on Twitter to shutter the president?s account, but I understand the platform?s unwillingness to eject the American president. Declaring the platform unavailable to every world leader would sidestep many of the company?s plausible concerns.

But more important than Trump?s tweet is what it threatens, and on this point, Congress must act. Our legislature is long overdue to pry its constitutional authority in the foreign policy arena from the greedy grip of an overgrown executive, and this is part of that project.

When our Founders gave authority to begin wars strictly to Congress, their clear intention was to avoid placing the enormous power of destruction in the hands of a single person. George Mason, the ?father of the Bill of Rights,? opposed ?giving the power of war to the Executive, because [it was not] safely to be trusted with it,? James Madison?s notes from the Constitutional Convention indicate. Mason and the other Founders gave Congress sole power to commence conflict, Madison wrote, as a means of ?clogging rather than facilitating war [and instead] facilitating peace.?

Had the Founders foreseen the awful potential of nuclear war, it is impossible to imagine they would have trusted that power to the president alone.

Right now, the president cannot, as Trump vividly suggested, simply press a button and send U.S. nukes flying. But the president does wield enormous individual authority to wage nuclear war; the only real check on his power here is the hope that members of the Cabinet or the military with cooler heads would prevail upon him to stand down?or simply disobey his order. That is not enough.

Back in November, the Senate Foreign Relations Committee held a hearing to investigate the president?s nuclear authority, but since then there does not appear to be significant progress on any legislation to curb this power. This should be a congressional priority, and not just because of Trump. Yes, he is in some ways uniquely reckless, but both before and after his presidency, the same truth did and will hold: No one should have exclusive power to launch nuclear weapons. That is not so much a comment on Trump as it is on the nature of the presidency and the nature of humankind.