Menu
Follow us
Search
Menu
Search
ExxonMobil Chairman and CEO Rex Tillerson addresses the third annual Washington Ideas Forum at the Newseum in Washington, Thursday Oct. 6, 2011. The Atlantic, the Aspen Institute, and the Newseum presented the third Annual Washington Ideas Forum, which drew together more than 60 policy makers, business leaders, and top journalists for a series of conversations and in-depth interviews about the direction of the country. (AP Photo/Manuel Balce Ceneta)

Last October, the world woke up to news of a bombing in Yemen that can only be described as a massacre. Acting on information from Yemeni sources that proved to be inaccurate, a Saudi combat aircraft struck a funeral tent full of civilians who were paying respects to the father of their interior minister. More than 140 people were killed, and 600 were injured in the double-tap strike. Human Rights Watch called it a war crime; the Saudis called it a targeting error.

The Obama administration, which had been providing the Saudis with mid-air refueling and munitions in their campaign against an Iran-linked rebel group called the Houthis, saw the funeral attack as a blatant breach of international human rights and humanitarian law that couldn’t be glossed over with a simple condemnation. The White House decided to halt a $350 million package of smart bombs to the Saudis, a message that was aimed to warn Riyadh that they needed to shape up in how they fought the war.

That small deterrent is now being removed by Trump’s State Department. The Washington Post reports that Secretary of State Rex Tillerson has signed off on the very weapons package that the Obama administration suspended.

The Trump administration hasn’t explained its position save for a few comments on background that the Saudis are an important backstop against Iranian adventurism in the region and are therefore worthy of American support. True enough. Pouring more weapons into Yemen, however, isn’t the way to express our friendship.

From a moral and humanitarian perspective, Tillerson’s reversal of the prior administration’s suspension is bound to result in more civilian casualties. Amnesty International, Human Rights Watch, the U.N. High Commissioner for Human Rights and the U.N. Security Council’s own sanctions committee have documented extensive violations of the rules of war by all combatants in the conflict. But the vast majority of the civilian casualties have been perpetuated by Riyadh’s bombing campaign.

The airstrike on the funeral tent in Sanaa may have been an anomaly as far as the death toll is concerned, but it certainly wasn’t an isolated mistake by a military coalition that takes the laws of war seriously. The Saudis have hit schools, hospitals, bakeries, funerals, weddings and residential areas using weapons like cluster bombs that much of the international community has banned. The Saudis, of course, wouldn’t be able to sustain a bombing campaign were it not for the steady supply of munitions that the United States and the United Kingdom have offered over the last two years. That fact alone makes the U.S. complicit in the crimes that are occurring and an active belligerent in a civil war that Washington would be wise to stay away from.

American policy in Yemen is simple: prod the Houthis and the exiled Yemeni government into comprehensive political negotiations. Hopefully, those talks will then produce an interim unity government where all of the country’s major stakeholders play a part before presidential and parliamentary elections are held. It’s ultimately the only way that the war, entering its third year this month, can end without eliminating what little Yemen has left. Resuming the delivery of U.S. munitions to one side of the war undermines that objective and sends a signal to the Yemeni government that they need not worry about pulling their weight during U.N.-sponsored talks.

Trump campaigned on extricating the United States from conflicts that don’t serve our national interests. He should fulfill that pledge and overrule Tillerson’s approval of the weapons shipment. A country whose people have had to weather so much humanitarian turmoil shouldn’t have to deal with more bombs flying above their heads. And in the unfortunate case that they do, the U.S. shouldn’t have any part in it. 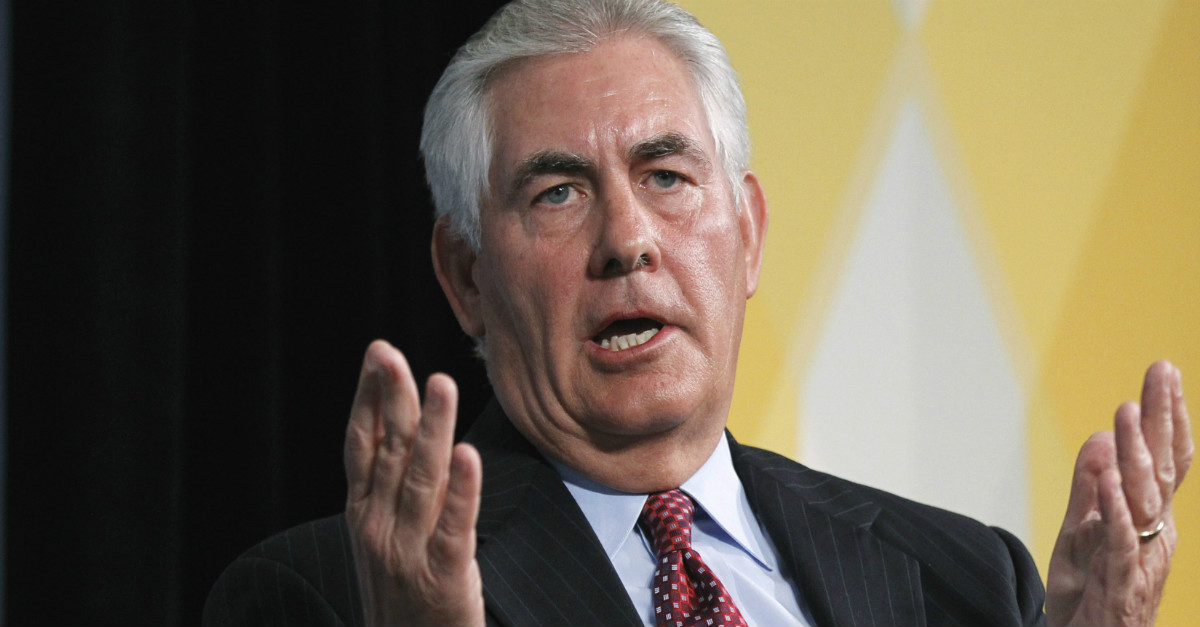