President Donald Trump’s missile strikes against a Syrian airbase, which reportedly destroyed dozens of jets and knocked the facility out of commission, are being downplayed as a pinprick, a one-off, proportionate retaliation for Bashar al-Assad’s sarin gas attack earlier this week.

This was a deeply consequential escalation, one that could send tremors under much of our foreign policy.

The first casualty, as usual, was the Constitution. Of course President Trump didn’t obtain congressional approval before he started spewing Tomahawk missiles, though even John McCain had said a fresh authorization for use of military force (AUMF) is needed. At least the Islamic State might be speciously rationalized as a mutation of the same enemy that attacked us on 9/11; there is absolutely no way to squeeze Assad past the 2001 AUMF. This was an illegal and unconstitutional act of war, full stop. Profiles in courage like Marco Rubio, brushing on war paint today after voting against similar airstrikes when Barack Obama proposed them back in 2013, deserve contempt.

Relations with Russia will likely suffer now, though we don’t know how severe the wreckage will be. The Kremlin has already announced it’s suspending an accord that allows for information sharing to prevent mid-air collisions over Syria between American and Russian planes, and that it intends to beef up the Syrian regime’s anti-air capabilities. Moscow is far more entrenched in Syria than the United States, with a labyrinth of anti-aircraft systems and a formidable deployment of troops. If they want to thicken tensions, even imperil our jets attacking ISIS forces on the ground, they can do so. Ignore the prattle about how Assad must be pulverized to stop the Islamic State: these strikes are likely make the fight against ISIS more difficult.

Vladimir Putin’s spokesman has warned that the airbase attack did “significant damage to Russian-American relations.” All eyes now fall on Rex Tillerson as he prepares to visit Moscow next week, no doubt wishing more than ever that he’d ignored his wife’s advice. Putin will probably have to respond further, if only for the sake of shadowboxing back home, though whether his retaliatory measures will be perfunctory or serious and threatening to the United States can’t be known.

RELATED: Donald Trump, shattered Syria and the cult of “do something”

The good news (I suppose) is that Moscow mostly stands alone here. Most European leaders have trundled out support for Trump, as has our great and glorious ally Saudi Arabia and, perhaps most relieving of all, Turkey. Turkish president Erdogan is a major player in the Syrian war and has hefty leverage over the West via his threat to unleash refugees into Europe; that his deputy prime minister bucked influential Moscow and welcomed the airbase attack was important for Trump.

The one nation that does stand shoulder-to-shoulder with Putin is Iran, which has thousands of troops in Syria and regards Assad’s survival as integral to preserving its sway over neighboring Lebanon. Tehran, predictably, has condemned Trump’s missile strikes, but what now? Iran’s extremist press has been mostly mum so far, but lupine smiles have to be creeping across the faces of the hardline ayatollahs. “The Americans just attacked a sovereign ally of Iran,” they’ll say. “See? We told you opening to the West was a mistake.” Expect that to be a talking point against Iran’s indispensable moderate president Hassan Rouhani in next month’s election; expect, too, that the nuclear agreement will come under fresh threat.

You might argue in favor of these strikes anyhow if they promised to ameliorate the suffering of the Syrian people. But they don’t. No one is scared of a few Tomahawk missiles. As the scholar Micah Zenko has concluded, limited airstrikes carried out by the United States achieve their political goals less than 10 percent of the time. And even if the rosiest scenario is realized and Assad is somehow rotated out, that won’t change the fundamental character of the Syrian civil war, with its myriad militias and increasingly sectarian motivations, involving but not wholly dependent on the Assad personality. So what was the point? If you want symbolism, read Jonathan Swift.

How fitting that, after months of sniping from official Washington, the most disruptive action President Trump has yet taken is one much of the establishment wholeheartedly agrees with. Two forms of extremism, one outsider and the other insider, have now merged. It didn’t take long, did it? The narrative that Trump is somehow acting at the behest of Russian interests is shattered, though don’t expect Louise Mensch to stop thrashing around in the fever swamps anytime soon. As for Trump’s assurances that he would extract the United States from fruitless foreign wars, perhaps the biggest political takeaway here is that presidential temperament is far more indicative of what’s to come than airy promises made on the campaign trail. Libertarians, realists: Let’s remember that the next time we’re putting a purity checklist together.

One final thought. The Trump administration reportedly gave Moscow ample notification that an attack was coming, but there were still Russians present at that base we bombed. Airstrikes cause collateral damage, mistakes happen, and in this case the cost of being wrong could have been escalation toward a great-powers war. Such conflicts can originate anywhere in the world; the First World War, our involvement in which began 100 years ago yesterday, started in Serbia and then expanded into a whirlpool that sucked in all of Europe’s empires. Were these missile strikes really worth a potential redux, no matter how microscopic the risk may have been? I can’t imagine that they were. 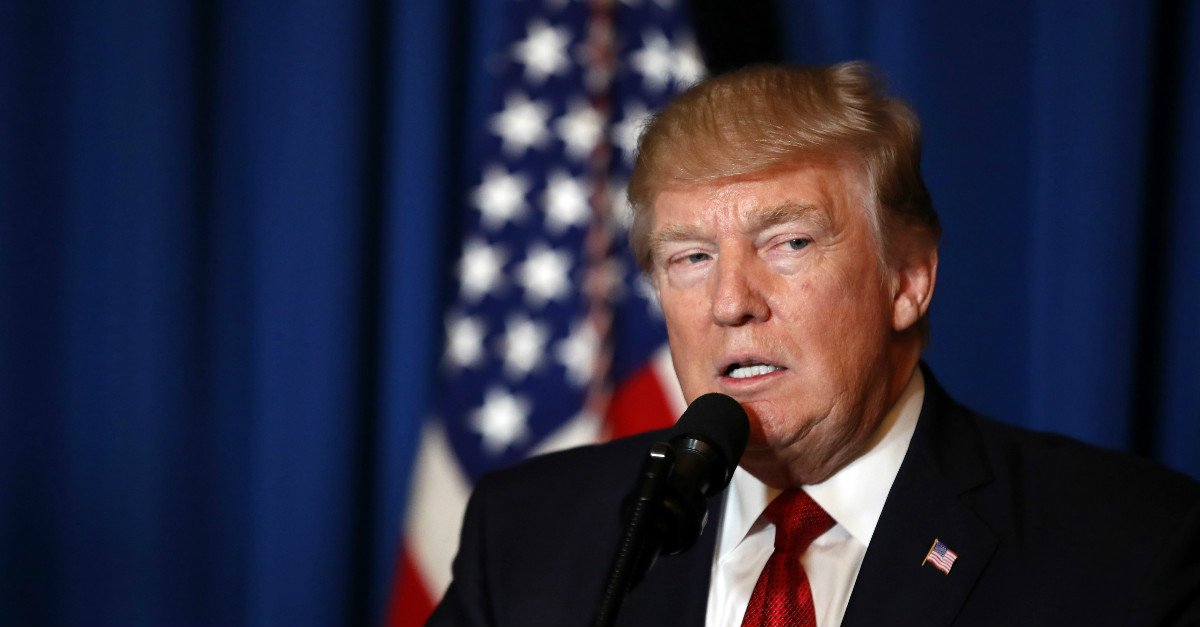