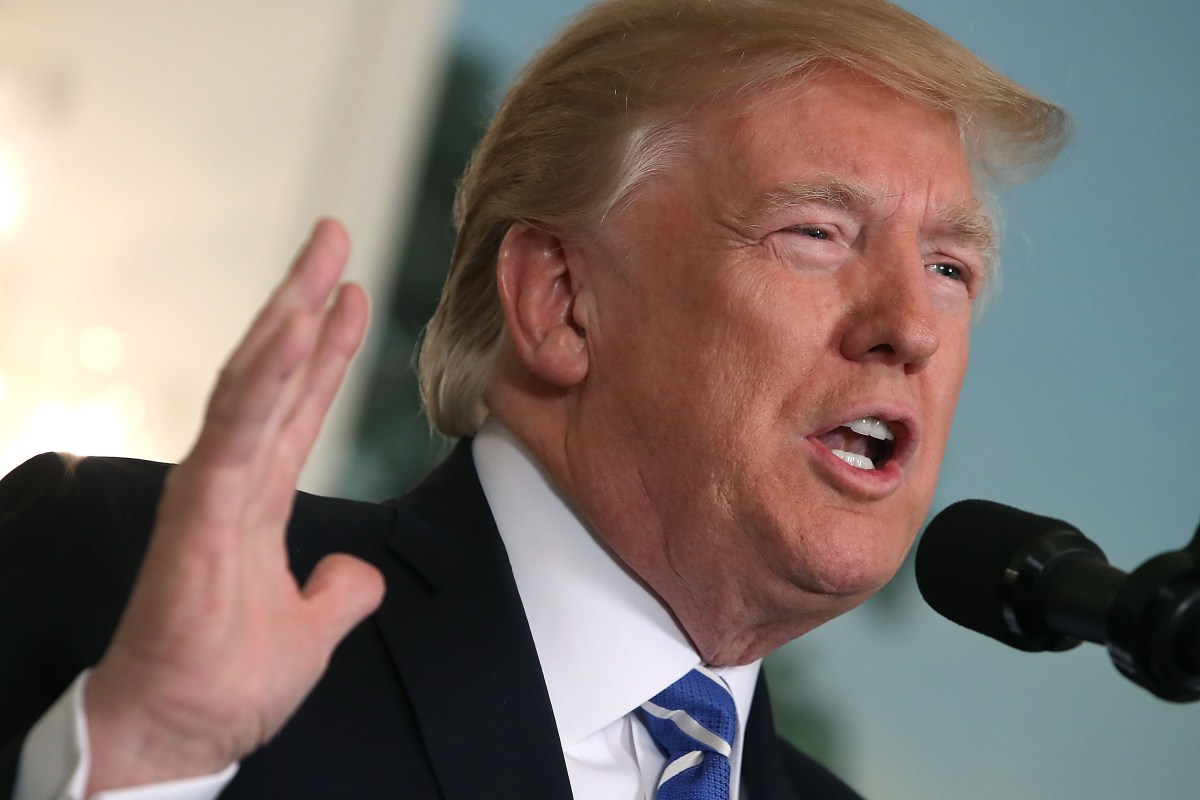 Say what you will about Donald Trump the man, the business mogul, the self-promoter, the narcissist, and the president, but the guy knows how the make news and ring in the New Year with a bang. And, in typical Trumpian fashion, he did so on Twitter, blasting a loud and angry missive towards Pakistan to tens of millions of his followers.

In his very first tweet of 2018, Trump concentrated his ire on Pakistan’s duplicity, backstabbing, and two-faced behavior over the last decade and a half of America’s counterterrorism wars against Al-Qaeda and the Taliban. “The United States has foolishly given Pakistan more than 33 billion dollars in aid over the last 15 years, and they have given us nothing but lies & deceit, thinking of our leaders as fools,” Trump wrote. “They give safe haven to the terrorists we hunt in Afghanistan, with little help. No more!”

The United States has foolishly given Pakistan more than 33 billion dollars in aid over the last 15 years, and they have given us nothing but lies & deceit, thinking of our leaders as fools. They give safe haven to the terrorists we hunt in Afghanistan, with little help. No more!

Apparently, the president woke up on the wrong side of the bed this morning. Or maybe he was watching too much Fox News.

It’s a safe bet to assume that at least some of Trump’s many critics inside and outside Washington will reflexively condemn the president’s remarks as undeserving of a South Asian ally and an unpresidential tirade unbecoming of the office. Others, particularly within the foreign policy establishment who have been dictating policy for far too long, may offer the argument that bashing Islamabad in such a public way will only make repairing the icy U.S.-Pakistan relationship more difficult. And indeed, as long as U.S. troops remain mired in a war in Afghanistan that shows no signs at all of dissipating, Pakistan has enormous leverage over Washington in terms of how hard it pressures the Afghan Taliban; what war-time supplies are allowed through its territory; and how cooperative it is to use its influence on the Taliban to send a delegation to peace talks.

But here’s what I say: good for Trump.

Although he could have used softer language to make the same point, Trump’s airing of grievances on Pakistan is a refreshing, open, and honest take on a country that has gotten away with stringing the United States along and pulling the wool over our leaders’ eyes since U.S. paratroopers first landed on Afghan soul seventeen years and three months ago. The Pakistanis aren’t allies or partners; at best, they are one-quarter friend, three-quarters enemy.

It’s difficult not to feel some sympathy for Trump’s frustration that the Pakistani military apparatus has been playing U.S. officials for fools all these years. The Pakistanis do just enough at just the right time to mollify Washington’s disappointment with its counterterrorism cooperation. When senior U.S. military officials like former Chairman of the Joint Chiefs Mike Mullen or Gen. John Nicholson—the current U.S. commander in Afghanistan—call out Pakistan’s intelligence service in public for coddling the very terrorist groups U.S. troops are fighting, Islamabad throws the U.S. a bone just big enough to keep U.S. taxpayer money flowing into their coffers. If U.S. soldiers in Afghanistan die from a particularly grievous terrorist attack or Kabul is rocked by a Haqqani Network-led operation that was planned across the border in Pakistan, Pakistan’s generals launch an offensive against militant factions on its soil and package it as partly for America’s benefit.

When Pakistan’s judiciary released an infamous terrorist with a $10 million U.S. bounty on his head, Islamabad tried to control the damage by leaking a plan to seize the assets of his charities. The perennial goal is to lower the temperature, no doubt with the aim of ensuring that the Pentagon continues to authorize counterterrorism payments to Pakistan.

Meanwhile, Pakistani officials engage in a media strategy that makes America look like the bad guys. Pakistani ministers go on television or give radio interviews complaining that they are sacrificing the lives of their soldiers for America’s benefit and getting nothing but disrespect in return.

During the times when Washington is peeved enough to actually take action, U.S. officials opt for suspending hundreds of millions of dollars in security assistance to the Pakistani military. But that’s all U.S. officials do; Pakistan’s status as a major non-NATO ally is preserved, the State Department continues to stress how critically important Pakistan is in the war on terrorism, and senior Pentagon officials continue to fly to Islamabad—hat in hand—begging for their assistance.

How long will it take for U.S. officials to finally realize that Pakistan is not a friend or even a partner, but the irascibly difficult sometimes-colleague who holds a completely different set of priorities? Give credit to Trump for pointing it out in such strong terms. Now let’s see if he acts on his words.