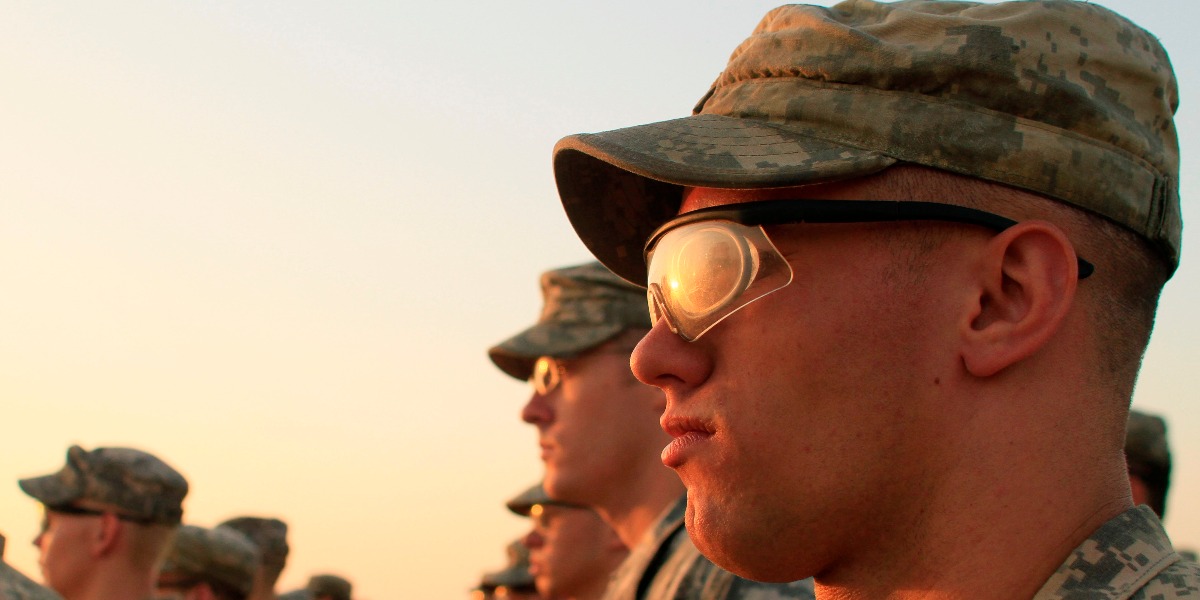 AP Photo/Maya Alleruzzo
In this photo taken Saturday, Aug. 21, 2010, U.S. Army soldiers from 4th Battalion, 9th Infantry Regiment stand in formation during the casing ceremony for 4th Brigade, 2nd Infantry Division, the last American combat brigade to serve in Iraq, at Camp Virginia, Kuwait. The number of U.S. troops in Iraq has fallen below 50,000 for the first time since the 2003 U.S.-led invasion and ahead of the end-of-the-month deadline mandated by President Barack Obama, the American military said in a statement Tuesday. The number is a watershed _ American forces will no longer conduct combat operations in the country but are instead to train Iraqi troops and help with counter terrorism operations, if asked for by the Iraqis. (AP Photo/Maya Alleruzzo)

Of course, he was wrong. The war in Iraq was just beginning.

In 2010, the war in Iraq ended again. Then-President Obama missed his original 2009 deadline for withdrawal, but in August of 2010, he declared “the American combat mission in Iraq has ended. Operation Iraqi Freedom is over, and the Iraqi people now have lead responsibility for the security of their country.”

In 2011, the war ended a third time! “Over the next two months, our troops in Iraq ? tens of thousands of them ? will pack up their gear and board convoys for the journey home,” Obama declared. “The last American soldiers will cross the border out of Iraq ? with their heads held high, proud of their success, and knowing that the American people stand united in our support for our troops. That is how America?s military efforts in Iraq will end.”

RARE POV: Why don?t we have a parade to celebrate finally bringing our troops home ? as Trump once promised?

Now, 15 years and three presidential administrations later, the Associated Press reports the war in Iraq has reached another “end” ? but I wouldn’t get your hopes up. Per the AP report, U.S. presence in Iraq will be “reduced” but not eliminated. It won’t be a fast process, and it’s unlikely to be permanent.

And most of the troops don’t even get to come home. Many are getting shipped straight to Afghanistan, to fight our other forever war. Some aren’t leaving at all. And some who do leave will probably find themselves back in Iraq sooner than later.

“Continued coalition presence in Iraq,” said coalition spokesman Army Col. Ryan Dillon, “will be conditions-based, proportional to the need and in coordination with the government of Iraq.”

Translation: This war isn’t ending any time soon, especially if ? or perhaps, when ? a new terrorist group arises to fill the power vacuum the decline of the Islamic State will create. If recent history is any indication, that’s all it would take for Washington to rush right back in.