Why don’t we have a parade to celebrate finally bringing our troops home — as Trump once promised? 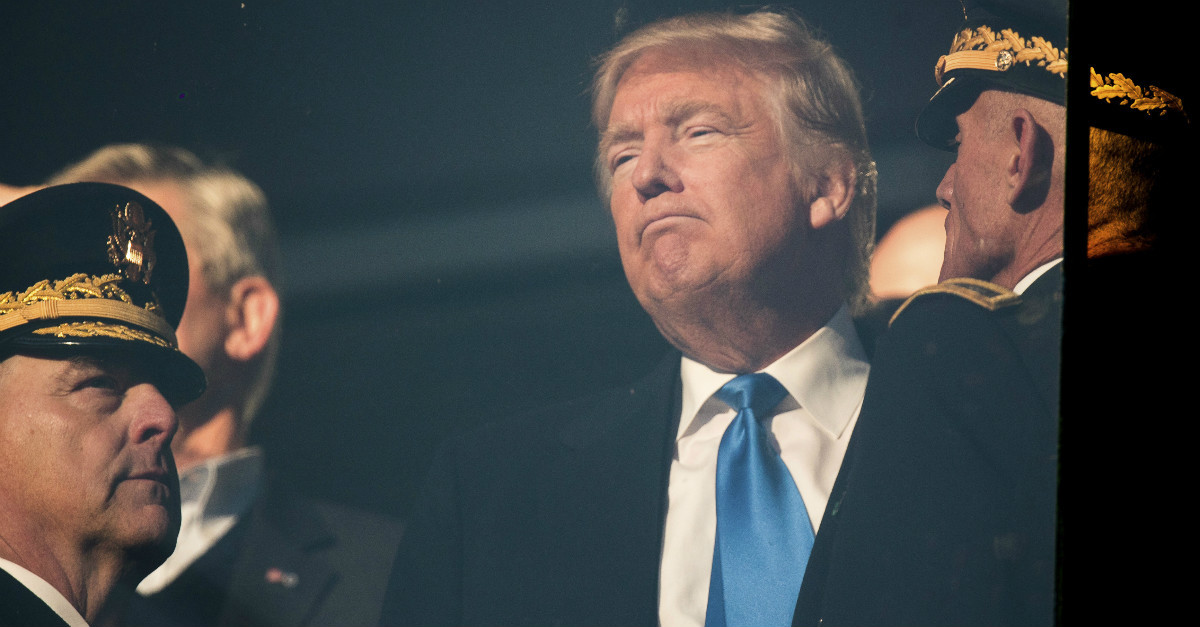 Donald Trump wants to have a military parade down Pennsylvania Avenue to celebrate our troops.

I’m all for a parade if it’s to celebrate bringing our young men and women home from these unauthorized wars overseas.

On the same week the Pentagon is saying it will cost $45 billion for the U.S. to fight it’s 16th year in Afghanistan — now the longest war in our history with no end in sight — isn’t that an opportune time to examine why we have so many Americans still fighting overseas?

Trump used to think so. He said time and again for many years that we should bring our troops home.

On Afghanistan alone, Trump said in…

When will we stop wasting our money on rebuilding Afghanistan? We must rebuild our country first.

Why are we continuing to train these Afghanis who then shoot our soldiers in the back? Afghanistan is a complete waste. Time to come home!

84% of US troops wounded & 70% of our brave men & women killed in Afghanistan have all come under Obama. Time to get out of there.

Karzai of Afghanistan is not sticking with our signed agreement. They are dropping us like dopes. Get out now and re-build U.S.!

Let’s get out of Afghanistan. Our troops are being killed by the Afghanis we train and we waste billions there. Nonsense! Rebuild the USA.

We should leave Afghanistan immediately. No more wasted lives. If we have to go back in, we go in hard & quick. Rebuild the US first.

We have wasted an enormous amount of blood and treasure in Afghanistan. Their government has zero appreciation. Let's get out!

Now Obama is keeping our soldiers in Afghanistan for at least another year. He is losing two wars simultaneously.

Trump would later insist he never said it was a mistake to go into Afghanistan in 2001.

But there’s no mistaking the fact that his position for many years was that the U.S. should leave Afghanistan. That position changed the closer Trump got to the White House, and now the candidate that once promised to “drain the swamp” has become a president largely beholden to exactly the type of Washington foreign policy consensus he once challenged.

Trump has actually expanded U.S. presence in Afghanistan. He’s continuing pretty much on the same foreign policy path Presidents Bush and Obama traveled. His foreign policy has been similar to what Hillary Clinton would have likely done as well.

But Americans are as war-weary as ever. The country is ready to bring the troops home . What is our endgame in Afghanistan at this point?

Couldn’t a populist president do a popular thing?

If there’s going to be a parade for our troops, it should be to celebrate the long-overdue end of their prolonged abuse by their government.