Why has Western media been so quiet about Egypt’s Palm Sunday massacres? 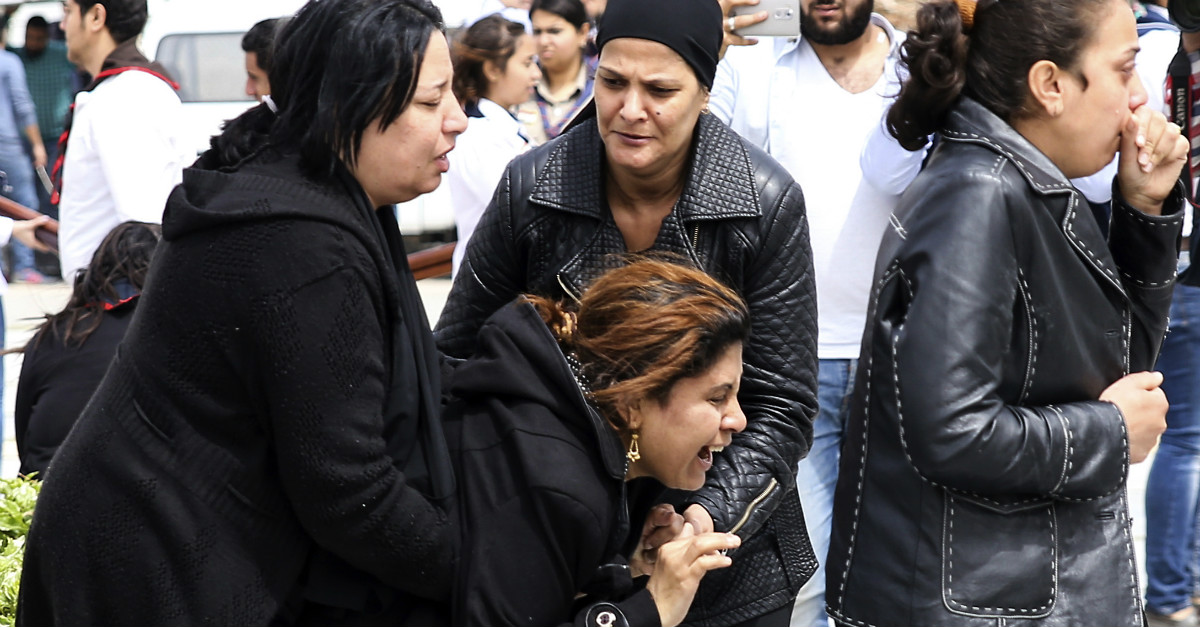 AP Photo/Samer Abdallah
Women cry outside the funeral for those killed in a Palm Sunday church attack in Alexandria Egypt, at the Mar Amina church, Monday, April 10, 2017. Egyptian Christians were burying their dead on Monday, a day after Islamic State suicide bombers killed at least 45 people in coordinated attacks targeting Palm Sunday services in two cities. Women wailed as caskets marked with the word "martyr" were brought into the Mar Amina church in the coastal city of Alexandria, the footage broadcast on several Egyptian channels. (AP Photo/Samer Abdallah)

Islamic State bombers took responsibility for the attacks against St. George’s church in Tanta and St. Mark’s Church in Alexandria.

“There was a huge explosion in the hall. Fire and smoke filled the room and the injuries were extremely severe. I saw the intestines of those injured and legs severed entirely from their bodies,” Vivian Fareeg reported to Reuters.

As I previously pointed out, the use of nerve agents in Syria doesn’t somehow make those particular deaths more horrific, nor does one specific weapon necessitate U.S. involvement, especially after 12 million displaced Syrians and the worst refugee crisis since World War II did not.

We desperately need a cohesive strategy in the Middle East that challenges and weeds out Islamist extremism, an idea largely funded and exported by Saudi Arabia. Ideas can’t be bombed out of existence.

Thus the U.S. needs more than a photo-op of the president acting ‘decisively;’ engaging in a trigger-happy policy designed to earn him plaudits from media and defense contractors. Will we continue to allow our erstwhile ‘ally’ Saudi Arabia to fund Islamic State agents and destabilize the region? What is the end game in Syria, in Egypt and in the Middle East generally?