Why is everyone so blasé about unconstitutional foreign policy? 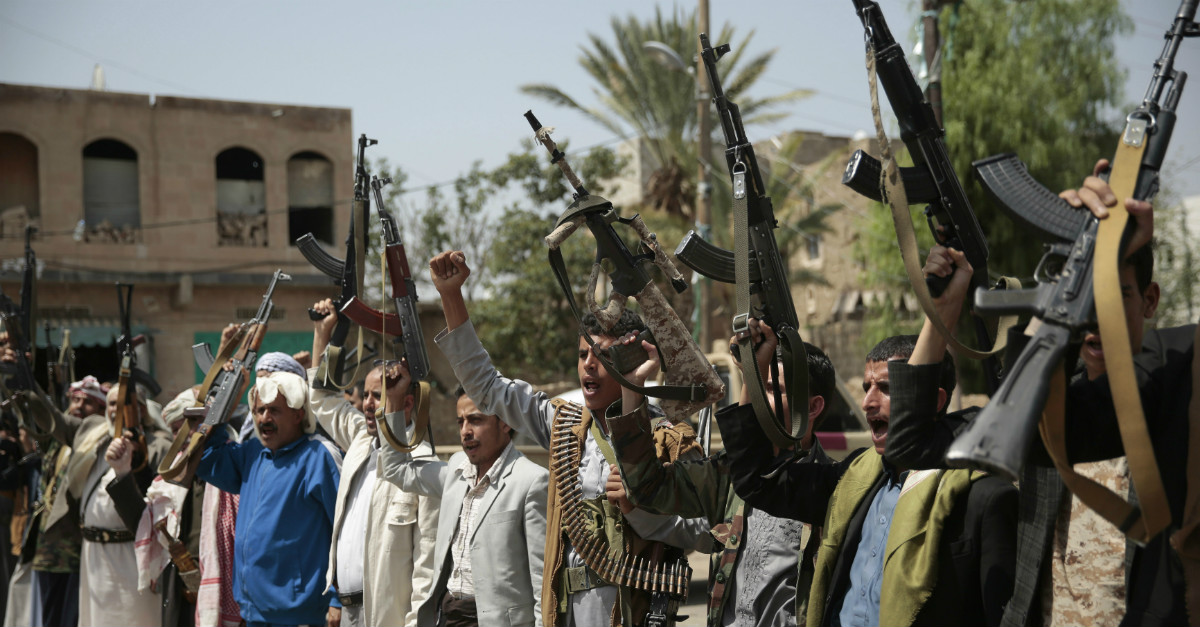 AP Photo/Hani Mohammed
Tribesmen loyal to Houthi rebels hold their weapons as they chant slogans during a protest against Saudi-led airstrikes that hits a hospital supported by Doctors Without Borders in northern Yemen, in Sanaa, Yemen, Tuesday, Aug. 16, 2016. (AP Photo/Hani Mohammed)

The White House is considering a major expansion of America’s involvement in Yemen’s civil war, according to the Washington Post. It’s a move that is not surprising given the speed with which the new administration has become embroiled in Yemen’s fight.

That does not make this development any less disappointing or unwise, enlarging as it does the U.S. role in a reckless war that has flown clear under most Americans’ radar, and which sees us supporting a Saudi coalition that’s been credibly accused of war crimes.

On top of all this, Congress has not declared war on Yemen as required by the Constitution, nor has it even bothered with an Authorization for Use of Military Force (AUMF). This is a presidential war in its truest sense, launched entirely at one man’s discretion and now, perhaps, expanded at the sole decision of another.

RELATED: At the rate we’re going, we’ll be stuck in the Middle East for decades to come

Yet if there is a roar of outrage over this unconstitutional foreign policy, it’s so quiet I can’t hear it.

The Atlantic’s Conor Friedersdorf considers this strange situation in a recent piece:

If a cabinet official was pushing President Trump to arrest flag burners, execute warrantless searchers, or torture death row inmates, the Washington Post would presumably note that acceding to the request would violate the United States Constitution.

By contrast, even as the newspaper’s article on Yemen policy notes that “approval of the request would mark a significant policy shift,” since “U.S. military activity in Yemen until now has been confined mainly to counterterrorism,” it leaves unmentioned these crucial bits of context: that the U.S. Congress has not declared war on Houthi rebels; and that participation in Yemen’s civil war cannot possible be justified under the 2001 Authorization to Use Military Force that allows the president to wage war against the perpetrators of 9/11 and associated forces.

It is no exaggeration, as Friedersdorf adds, to say “Secretary Mattis is urging extra-constitutional war-making. And almost no one has noticed.”

RELATED: The Trump administration’s decision to keep arming the Saudis is unconscionable

Yes, there is a lot to occupy Trump critics’ outrage right now. I get that. Humans have limited capacity for protest, and it is necessary to choose one’s battles.

Still, if there is any battle worth choosing — from progressive, libertarian, and constitutional conservative perspectives alike — shouldn’t this illegal and dangerous Yemen war be it?