But when Saudi Arabia’s King Abdullah died last week, American and Western leaders paid him the deepest respect. President Obama didn’t have time to join the March in Paris to speak out against the Charlie Hebdo terrorist attacks, but made sure he was present for Abdullah’s funeral. The Pentagon is even having an essay contest to honor the late king.

According to Human Rights Watch, the Abdullah regime beheaded 19 people over the course of 16 days last August; one of the executed was, according to a report issued by Amnesty International, mentally ill, while another was beheaded for the crime of “black magic sorcery.” Meanwhile, a blogger by the name of Raif Badawi was sentenced to 10 years in prison and 1,000 lashes, while only recently a video emerged of a Saudi policeman beheading a Burmese woman in the middle of a street in Mecca as she screamed for her life. She is one of 10 people beheaded in Saudi Arabia so far this year.

Then of course there is Saudi Arabia’s role in providing material support for the 9/11 atrocity that took the lives of nearly 3,000 Americans. Obama continues to protect the Saudis by refusing to release the 28 pages of the 9/11 Commission report having to do with Saudi Arabia’s funding of and complicity in the attacks. This despite his own promises to the 9/11 families that he would do so…

Meanwhile, the Saudis continue to fund—to the tune of billions of dollars a year—the propagation of the most sinister and violent branch of Islam throughout the world, leading to, among other things, the ritual slaughter of a staff of cartoonists in the very heart of Europe, hostage taking in Sydney, and murderous rampages in Ottawa and Brussels, to say nothing of a series of subway bombings in Madrid, London, and Moscow.

Carden asks, “It is by now bindingly clear that the regime in Riyadh will resort to the most medieval of measures towards anyone—within or without its borders—who is not in thrall to the violent tenets of Wahhabi Islam. So the question remains: why does our own government pretend that this is not so?

As an opponent of the 2003 U.S. invasion of Iraq, I remember so many proponents of that war asking how America could stand idly by as Saddam Hussein tortured and abused his own people. I also remember, and remember being befuddled, that the Saudi regime would always rank highly in Parade Magazine’s annual “The World’s Worst Dictators,” sometimes even higher than Saddam Hussein. 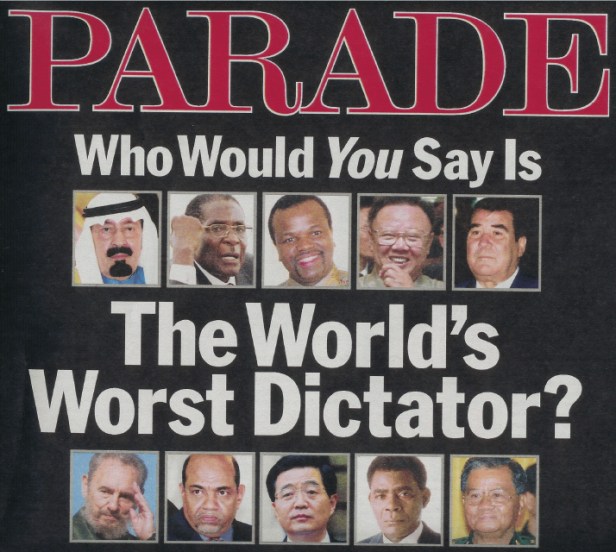 Of course, President Obama did not begin this relationship with Saudi Arabian dictators. President Bush was just as cordial to King Abdullah as were his predecessors. 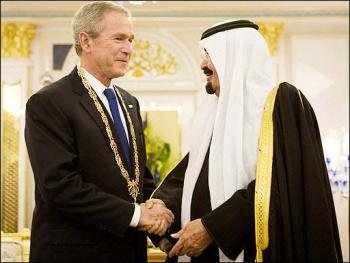 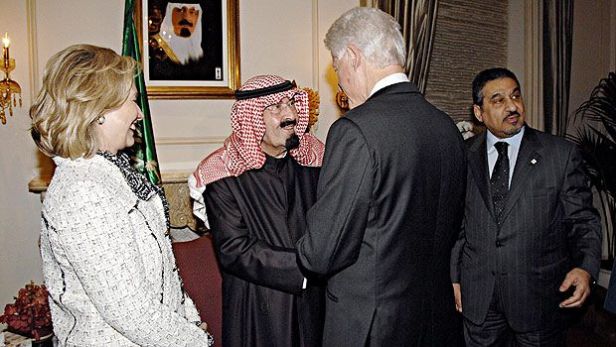 Diplomatically, I can understand embracing some dictators but not others. That’s realpolitik. The U.S. really can’t be, and should not be, the world’s policeman. We should make allies based on what’s best for U.S. national security.

But morally, I cannot take seriously most politicians’ rhetoric about taking America to war to topple brutal dictatorships while we still openly and fully embrace others.

Particularly Saudi Arabia, where we’re as good of friends as ever, and it looks like things aren’t going to change one bit.