Menu
Follow us
Search
Menu
Search
FILE - In this May 23, 2017 file photo, President Donald Trump shakes hands with Palestinian President Mahmoud Abbas after making statements to the press in the West Bank City of Bethlehem. Palestinians are increasingly questioning their leaders’ strategy of reaching statehood through negotiations with Israel after more than two decades of failures. A majority believes that the “two-state solution” to the Israeli-Palestinian conflict is no longer possible, despite pledges by President Donald Trump that he would try to broker a deal. (AP Photo/Evan Vucci, File)

Will Donald Trump be the commander-in-chief that does what no other American president has manage: resolve the Israeli-Palestinian conflict?

If you ask him, he would likely tell you that while a resolution for that conflict has eluded even the most experienced American diplomats over the past quarter century, he has a special negotiating ability no one else has. He’s the dealmaker, the master manipulator, the man who can bring two parties that absolutely despise one another into the same room and come to an agreement. He certainly sounded optimistic about his chances at the U.N. General Assembly this past Wednesday, where he implied a new round of peace talks would be announced in due time.

Sitting next to Palestinian Authority President Mahmoud Abbas before their bilateral meeting, President Trump exuded self-confidence. “[W]e’re looking seriously at peace, and maybe, ultimately, peace in the whole of the Middle East,” Trump told reporters in the room. “And I think we have a pretty good shot — maybe the best shot ever — and that’s what we’re looking to do.”

Given the current state of affairs between Israel and Palestinians and the animosity and hatred that has built up over years of failed negotiations, Trump’s optimism was more than misplaced. It’s downright delusional. Either Trump knows something the rest of us don’t (is there some secret diplomacy going on that we aren’t aware of?) or he is held captive to his own ambitions.

In order for a diplomatic process to last more than a couple of weeks, the parties at the table first need to be fully invested in the final outcome. Both sides will have red lines they aren’t willing to touch and both may need coaxing into concessions they wouldn’t normally be willing to offer.  Needless to say, Israeli Prime Minister Benjamin Netanyahu and Abbas are not at that point.  They are not in the same universe let alone the same ballpark. It’s not only that the two men hold wildly different outlooks on what a negotiated resolution would look like, but that each also has a vastly different interpretation of how important a Mideast peace deal is to the future of their people.

Whereas Abbas spent a considerable part of his U.N. General Assembly address lambasting Israel as a perpetual occupier, all but shaming the international community into doing something about it, Netanyahu barely mentioned Mideast peace when he spoke later. When he did, he talked about the issue in the most cursory and generalized way, simply stating that his government is committed to a rosy peace in the region.

Add Hamas into the mix, and an Israeli-Palestinian peace process is like a mirage of an oasis in the middle of the desert. Hamas recently invited Abbas’ Palestinian Authority to take over administrative tasks in Gaza and agreed to new elections in pursuit of a new national government. Ordinarily, this would be something to celebrate; Palestinians have been divided politically for the last ten years.

Unfortunately, the Israeli government doesn’t see Palestinian unity in the same light. The possibility that Hamas, a designated terrorist organization, will have a seat at the table in a new Palestinian government is a deeply concerning development for Netanyahu and could provide him with yet another justification to skirt talks with the Palestinians altogether. The last time Abbas and Hamas struck a reconciliation deal, Netanyahu suspended peace negotiations and retaliated by approving more settlements in the West Bank.

When you take all of this realities into consideration, Trump’s bombast about Mideast peace being within reach is nothing more than an empty talking point. Unless something dramatically changes — such as the Israeli and Palestinian leaderships viewing the same sense of urgency with respect to a peace deal — the Middle East will trudge along as it always does, nowhere closer to a resolution.  Better to prepare for the worse and hope for the best rather than prepare for the best, as if a better future is a certainty.

If Trump defies the morbid expectations, then even his most bitter and adversarial political rivals will have to admit that perhaps he is one of the world’s best dealmakers. Fortunately for them, they probably won’t have to worry about making the conversion. 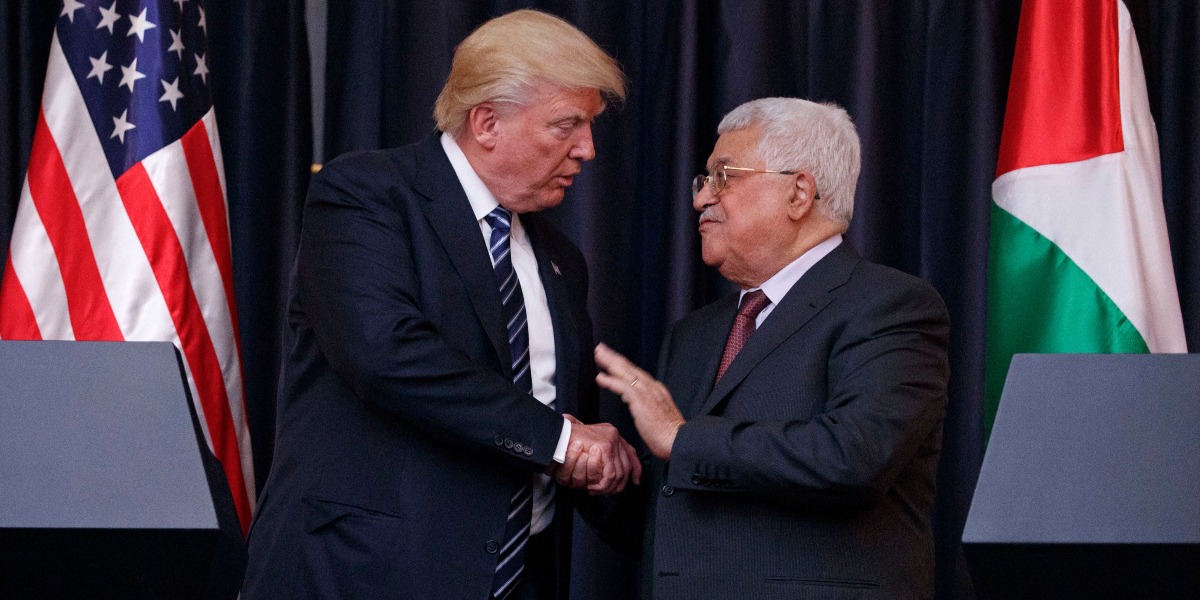